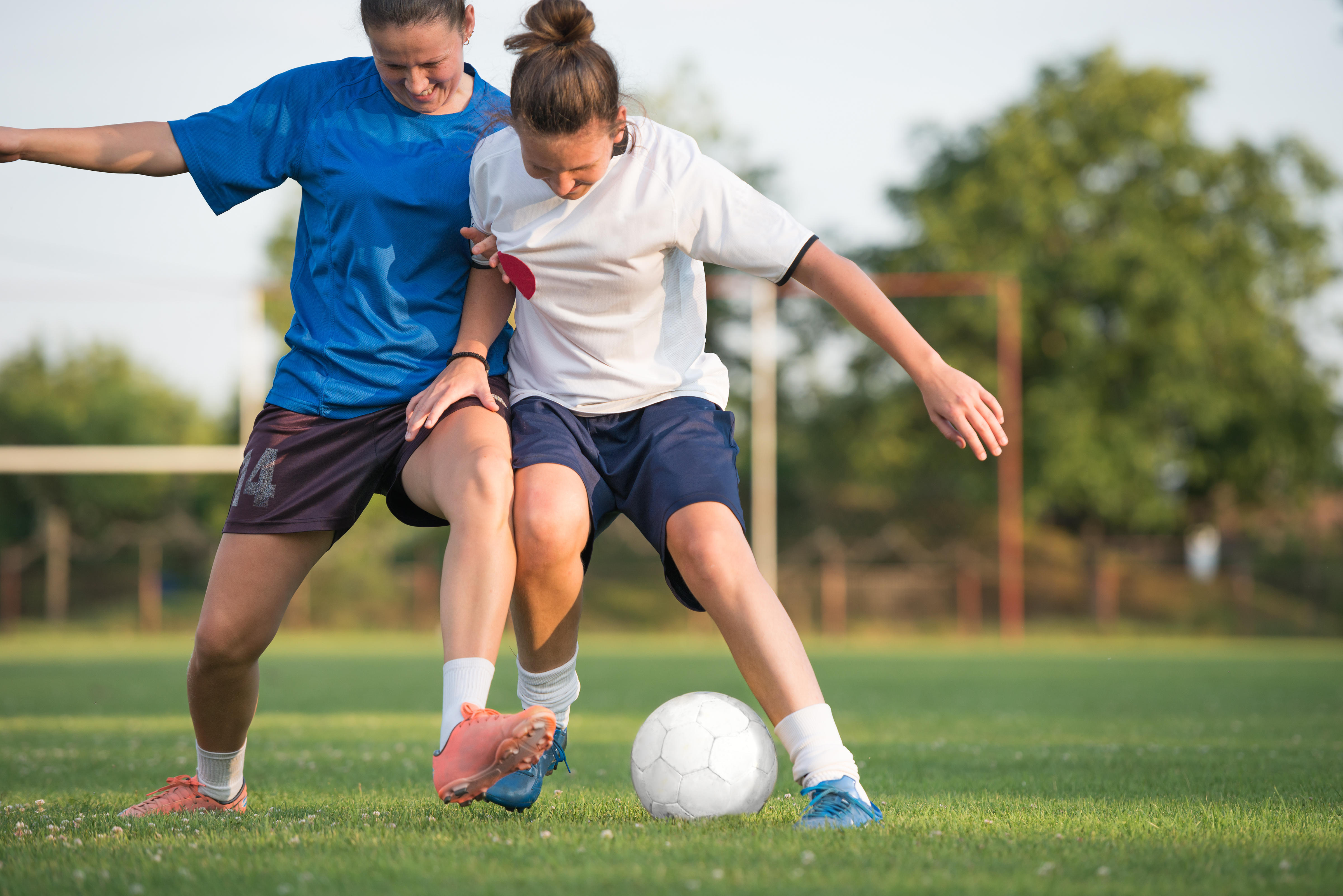 As kids play sports like soccer and football with more frequency and force, many are damaging their knees, a new study finds.

A common knee injury — an anterior cruciate ligament (ACL) tear — has steadily increased among 6- to 18-year-olds in the United States, rising more than 2 percent a year over the last two decades, researchers report.

Girls have a higher rate of ACL injuries, added Beck, an orthopedic surgery resident at the University of Minnesota.

Sports that involve cutting or pivoting — such as soccer and basketball — are the riskiest for ACL tears. And contact sports like football can further increase the risk. But ACL tears can occur in tennis and volleyball, too, the researchers noted.

Study co-author Dr. Marc Tompkins said the researchers didn’t look at why ACL tears are on the rise.

But, he said, “one potential cause is the year-round sports specialization that is occurring in kids at an earlier age.” Tompkins is an assistant professor of orthopedic surgery at the University of Minnesota.

Instead of getting cross-training from multiple sports and therefore using different muscle groups, this means the kids do the same thing over and over. This can lead to fatigue and an increased potential for injury, including ACL injury, Tompkins explained.

“Another potential cause is that children as athletes play with more intensity and force than 20 years ago, which may put the body at increased risk of injury,” he added.

More girls are playing sports, which could affect injury rates, the study authors said. And it’s also possible that rates are up “because we are getting better as a medical community at diagnosing ACL injury,” Tompkins suggested.

The anterior cruciate ligament sits in the center of the front of the knee. It’s one of the ligaments that holds the knee bones together. When it tears, the ligament splits into two, causing knee instability, according to the American Academy of Orthopaedic Surgeons.

When a tear occurs, you might hear a popping sound and your knee may give out from under you. Depending on the severity of the injury, treatment can range from physical therapy to surgery.

“ACL injuries are serious in the short term because they generally require six months’ to a year’s worth of hard recovery work before going back to sports. And even then it often takes longer to get back to pre-injury function,” Tompkins said.

“ACL injuries are serious in the long term, too, because we know that even if they recover well with or without surgery, the risk of developing arthritis in the injured knee is higher than before the injury,” he added.

Dr. Stephen Swirsky is an orthopedic surgeon at Nicklaus Children’s Hospital in Miami. He said one of the best ways to reduce injuries is to teach good running techniques, which will improve function and agility.

“We have developed an injury prevention program, and we try to reduce the rates of ACL injuries,” Swirsky said.

“In addition, kids need to be on a flexibility and stretching program,” he advised. “The more flexible they are, the less likely they are to have an injury.”

When ACL tears do happen, Swirsky said, he recommends a comprehensive rehab program after surgery. This is accompanied by advice for reducing the risk of injury when young patients return to play.

To study the trends in ACL tears among U.S. children and teens, the study authors used insurance billing data for patients aged 6 to 18 from 1994 to 2013.

The researchers found that girls of all ages experienced a significant increase in the incidence of ACL tears over 20 years. In boys, however, only those aged 15 to 16 showed such an increase.

The report was published online Feb. 22 in the journal Pediatrics.