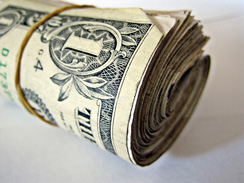 (MoneyWatch) Investors would love to be able to achieve positive returns in both bull and bear markets. That's the "promise," or at least the idea behind, absolute return funds. The devastating bear market of 2008 increased the demand for these funds. Wall Street is happy to meet that demand with its usual array of high cost vehicles. Morningstar recently reported that since the 2008 crisis, 28 absolute return funds were launched, bringing the total to 41 with an astounding $11.1 billion of assets. Unfortunately, there's a reason that the old saying "if sounds too good to be true, it almost certainly is" is a cliché.

Absolute return funds try to accomplish their objective using a wide various strategies. While some invest primarily in stocks and bonds, others use commodities, short selling, futures, options and other derivatives, arbitrage strategies, currencies, credit risk, leverage, and almost anything else you can dream up. That's one of the many problems with these funds -- you just don't know what they own and what risks you're exposed to. Another problem is that the term absolute return is an oxymoron (the only truly absolute return vehicles are a one-month Treasury bill or an equivalent FDIC insured deposit).

One reason for the poor results is that despite claims of having uncorrelated returns (the only way you can produce absolute returns), Morningstar found that about half the absolute return funds with at least a one-year record had a correlation with the S&P 500 greater than 0.6. In other words, they were stock-like strategies carrying much of the risks of stocks. On the bond side, Morningstar found that more than 40 percent of the absolute return funds had a correlation of 0.6 or higher with the Barclays Capital Global High Yield Index. In other words, they were basically credit risk strategies. The implications are that there's really nothing unique about these strategies -- to a great degree their results are explained by exposure to benchmarks (which investors can obtain at low costs).

Other reasons for the poor results are high expense ratios and high turnover. Sixty percent of the funds had expense ratios greater than 1.5 percent, and more than half had turnover rates in excess of 100 percent. And those that engage in long-short strategies have the added burden of the costs of borrowing stock.

But, we're not done yet, as the high turnover rates lead to tax inefficiency. Because most trade so often, the funds are not likely to provide most of their returns in the form of long-term capital gains distributions (if they ever make any money). More likely, a large percentage of their returns will be taxed at the higher short-term capital gains and ordinary income tax rates.

We can also look at the results of vehicles that use absolute return strategies by examining the data provided by hedgefundresearch.com. Despite the term absolute return in their name, the HFRX Absolute Return Index has lost 0.2 percent for the first six months of 2012. This comes on the heels of four straight years of losses:

Thus, we can conclude that absolute return funds have demonstrated the ability to lose money in both bull and bear markets. The only thing absolute about these funds is how absolutely bad they are. And while mutual funds that use absolute return strategies are expensive, they're cheap by hedge fund standards, with their typical fee structure of 2/20 (2 percent annual fee plus 20 percent of the profits).

The conclusion we can draw is that the so-called "advantage" of the freedom to choose from a wide range of investments doesn't translate into real world benefits. This is because their strategies are costly to implement, and the market is highly efficient at setting prices.