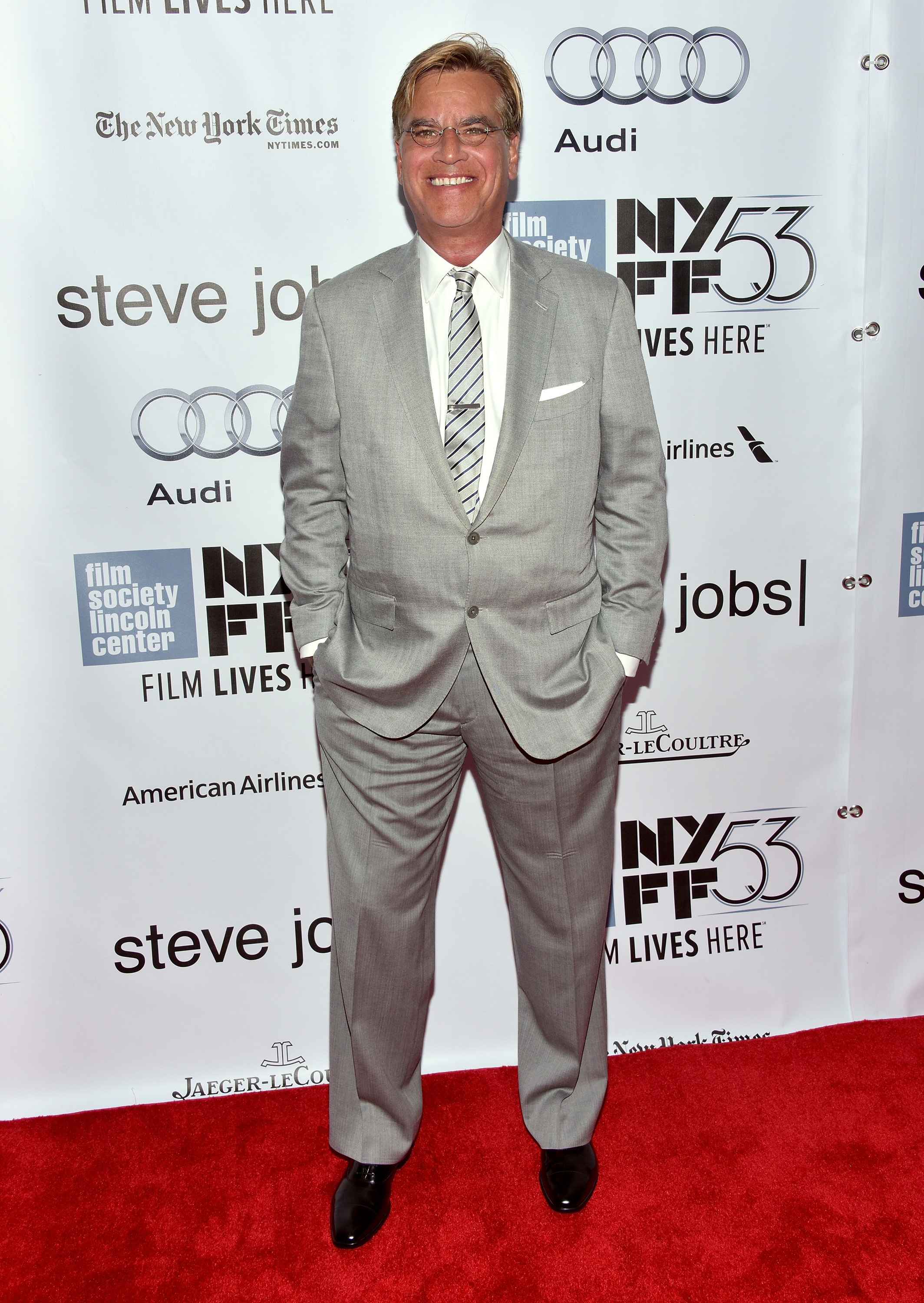 Aaron Sorkin, the Oscar-winning script-writer for shows like “The West Wing” and “The Newsroom,” wrote an extremely personal message to the women in his life on Wednesday, following Donald Trump’s presidential victory. Sorkin penned a letter to his 15-year-old daughter, Roxy, and her mother, Julia, which he shared with Vanity Fair.

He began the message by acknowledging the presidential election results, saying, “Well, the world changed late last night in a way I couldn’t protect us from. That’s a terrible feeling for a father. I won’t sugarcoat it -- this is truly horrible.”

He went on to call the president-elect “a thoroughly incompetent pig with dangerous ideas, a serious psychiatric disorder, no knowledge of the world and no curiosity to learn.”

Sorkin also made note of Trump’s outspoken followers, writing, “The Klan won last night. White nationalists. Sexists, racists and buffoons. Angry young white men who think rap music and Cinco de Mayo are a threat to their way of life (or are the reason for their way of life) have been given cause to celebrate. Men who have no right to call themselves that and who think that women who aspire to more than looking hot are shrill, ugly and otherwise worthy of our scorn rather than our admiration struck a blow for misogynistic s**theads everywhere.”

“We’ve embarrassed ourselves in front of our children and the world,” he continued.

But then the dad addressed ways to move forward both on a personal level and as a nation.

“First of all, we remember that we’re not alone. A hundred million people in America and a billion more around the world feel exactly the same way we do,” he wrote. “Second, we get out of bed. The Trumpsters want to see people like us (Jewish, ‘coastal elites,’ educated, socially progressive, Hollywood...) sobbing and wailing and talking about moving to Canada. I won’t give them that and neither will you. Here’s what we’ll do... we’ll f**king fight. (Roxy, there’s a time for this kind of language and it’s now.) We’re not powerless and we’re not voiceless.”

He went on to acknowledge his own privilege and noted that he plans to use it to help others.

“Our family is fairly insulated from the effects of a Trump presidency, so we fight for the families that aren’t,” he wrote. “We fight for a woman to keep her right to choose. We fight for the First Amendment and we fight mostly for equality -- not for a guarantee of equal outcomes but for equal opportunities. We stand up.”

The note ended with one last message to his daughter, saying, “Your tears last night woke me up, and I’ll never go to sleep on you again.”