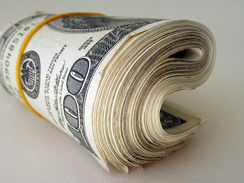 (MoneyWatch) Investors always seem to be looking for ways to get extra returns with less risk. Their most recent efforts have drawn them to a strategy suggesting that you can invest in stocks with less risk than the overall market and still achieve market returns. However, a deeper look at this strategy shows that this strategy is nothing special.

Recent research suggests that you can invest in low-beta stocks -- such as large-cap stocks and stocks of dividend-paying firms -- and get similar returns to the overall market with less risk. This research has investors seeking for ways to take advantage of the strategy, which in turn has fund companies establishing vehicles aimed at just that. 2011 saw at least three such funds launched:

The question for investors: Is all the noise surrounding these strategies justified? On the surface, it seems to be, as over the past 40 years low-beta strategies have provided more efficient returns -- similar returns but with much lower volatility. However, that only looks at one factor of returns. We're missing two other significant factors of stock returns (size and value), as well as two factors in bond returns (credit risk and term risk), which are relevant given these stocks' bond-like characteristics.

In his August 2011 paper, "Understanding Low Volatility Strategies: Minimum Variance," Ronnie Shah, an equity research associate with Dimensional Fund Advisors, looked under the hood of low-beta strategies and analyzed their performance over the period 1968-2010. He drew the following conclusions:

Shah provided a number of factors that help explain why these strategies seem to generate better results. First, low-beta strategies simply traded one risk (market exposure) for another (value exposure). During the period studied, the value factor had a higher Sharpe ratio than the market factor, which means it produced better risk-adjusted return. However, it's certainly not clear that this relationship will hold in the future.

Another factor was the weighting various sectors received. In a low-beta portfolio, the utility and non-durable goods sectors are both more heavily weighted than in a typical market portfolio. The stocks of both of these sectors have more bond-like characteristics, giving the overall portfolio a similar tilt. Similarly, high-beta industries such as technology, energy, and manufacturing are substantially underweighted.

Once Shah corrected for the industry weightings (taking the lowest beta stocks but weighting them by industry in the same proportion as the market portfolio), the higher Sharpe ratio of the low-beta strategy disappeared entirely. Thus, we can conclude that there's really nothing unique about a low-beta strategy. It simply weights certain industries more heavily, giving the portfolio both a value tilt and exposure to term risk.

Regarding the returns, Shah's analysis also found the following:

There was one other finding -- an expected one, since low-beta stocks are more like bonds: They are larger than the market and thus have negative exposure to the risk of small stocks.

The bottom line is that low-beta stocks are typically large, have stable cash flows, are profitable, pay dividends, and are value companies. As such, we can conclude that low-beta strategies aren't unique. They simply trade one risk (market or beta) for others (value and term). The overall risks of a low-beta strategy can easily be replicated with traditional value-oriented stock and bond portfolios.

The ever-escalating cost of cancer drugs