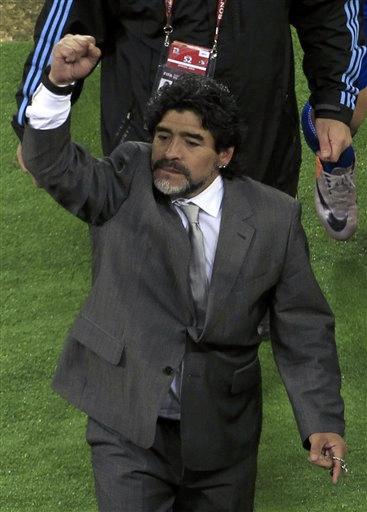 As we say goodbye to 2004, Political Points can't resist getting into the top ten game. We've browsed through our sister publication, Washington Wrap, and came up with our favorite "quotes of the day" from the 2004 campaign.

10. "Because I could." That was Bill Clinton's startlingly frank explanation to Dan Rather for why he fooled around with Monica. (CBS News, 6/17)

9. "I am a gay American." Talk about being startlingly honest. Actually, New Jersey Governor Jim McGreevy's explanation for why he was stepping down from office was more startling than entirely honest. McGreevy was also worried that he was about to be sued by his lover whom he had put on the payroll.

8. "I am proud to announce to all of you, that in Boston and in Washington, we have All-Clad in our kitchens," (AFP, 4/25) John Kerry was trying to relate to blue-collar workers at the All-Clad plant by saying he and his wife have the pricy kitchenware in multiple mansions. His Philly cheese-steak with Swiss request, the visit to the Green Bay Packers "Lambert" field and the "who among us doesn't love NASCAR" remark, makes picking the best "Kerry plays average Joe" lines a close call.

7. "Don't be economic girlie men." Arnold Schwarzenegger was talking about pessimists in his speech at the Republican convention. His remarks led to another choice quote. "There was no sex for 14 days. Everything comes with side effects," said Arnold talking about the impact of the GOP convention appearance had on his wife, Maria Shriver. (AP, 10/20)

6. "I don't know that she's ever had a real job." Philanthropist Teresa Heinz Kerry was talking about former teacher and librarian Laura Bush. (USA Today, 10/20) Her "Shove it" remark gets the first runner-up place for dominating the headlines on the opening day of the Democratic convention. Honorable mention goes to "Clothing is wonderful but let them go naked for a while." That was her advice on why people should give water and generators rather than clothes to hurricane victims in Florida. (AP, 9/16)

5. "I'm honored to shake the hand of a brave Iraqi citizen who had his hand cut off by Saddam Hussein." President Bush gave Bushism collectors some more fodder with that remark (AP, 5/25)

4. "Kerry Picks Gephardt" The New York Post's scoop that wasn't. ((7/6) "Senator Kerry Picked Daddy," said Emma Claire Edwards who had a better source than the Post, giving the news to her mother. (AP, 7/7) "I am thinking about Oreos because I love them" - in the interest of equal time some words of wisdom from John Atticus Edwards to his father and John Kerry. (LA Times, 7/9)

3 "Let's say you tried to have an election and you could have it in three quarters or four fifths on the country. But in some places you couldn't because the violence was too great. Well so be it. Nothing's perfect in life so you have an election that's not quite perfect." Defense Secretary Donald Rumsfeld talking about the Iraq, (or was it the Ohio?) election. (Reuters, 9/24)

2. "F*** yourself." Vice President Cheney told Democratic Sen. Pat Leahy who had been spending a lot of time talking about Halliburton. The Washington Post's editor Len Downie said they decided to print all four letters of the four letter word because "when the vice president of the United States says it to a senator in the way in which he said it on the Senate floor, readers need to judge for themselves what the word is because we don't play games at The Washington Post and use dashes." (AP, 6/25)

1. "I actually did vote for the $87 billion before I voted against it." In one sentence Sen. John Kerry gave the Bush campaign the silver bullet they needed to portray Kerry as a flip-flopper. (Washington Post, 3/17)

Happy New Year and here's to an even more quotable 2005!