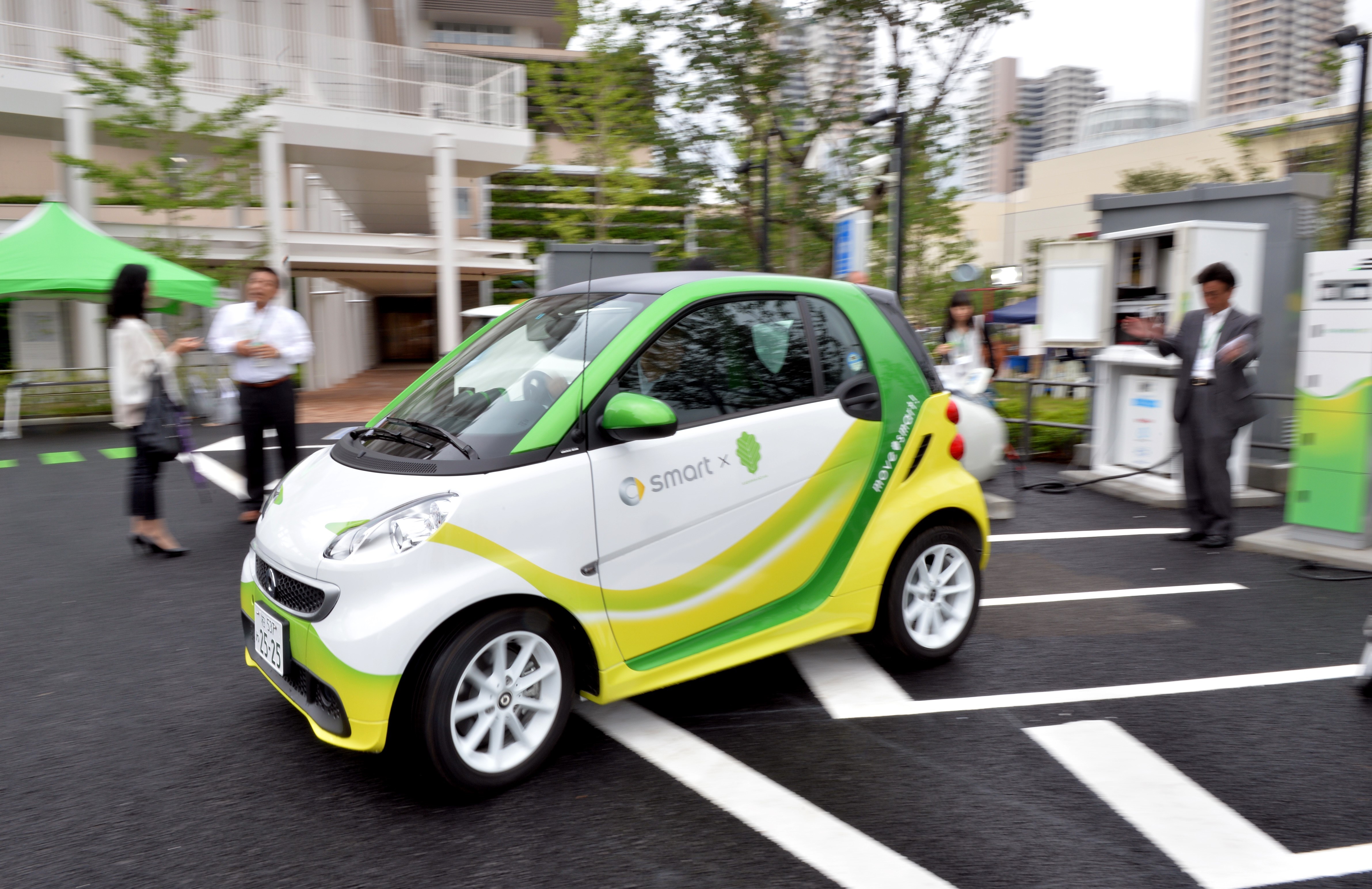 Electric vehicles are attractive as a way to reduce greenhouse gas emissions and cut down on smog and even noise pollution in urban areas. Now, a new study suggests they might provide another surprising benefit: cooling down sweltering cities.

The study, published in Nature Scientific Reports on Thursday, deduced that switching from conventional gas-burning vehicles to electric ones would have a positive impact on a phenomenon called the urban heat island effect, which refers to the observation that cities tend to be hotter than surrounding rural areas.

Looking at the smog-filled city of Beijing, Li and his fellow authors modeled what it would have meant if such a switch had been done back in 2012 during an especially hot summer.

First, they calculated that electric vehicles emit only 19.8 percent of the heat of a conventional vehicle per mile. From there they determined how swapping conventional cars for electric ones would affect urban island intensity (HII), which is one indicator of urban heating, and represents the difference between the temperature in the city and the temperature outside it. They found that a complete switch-over would lower HII by 0.94 degrees Celsius (1.7 degrees Fahrenheit).

Resultantly, the switch also would reduce the amount of electricity that would be consumed by air conditioners in buildings around Beijing by 14.44 million kilowatt-hours, reducing daily CO2 emissions by 10,686 tons.

"It's easy not to see the big picture on issues like electric cars and global warming, but when we look with a holistic approach, we find these unexpected connections," said Jianguo "Jack" Liu, another author on the paper, who holds the Rachel Carson Chair in Sustainability at Michigan State and is director of the Center for Systems Integration and Sustainability. "Heat waves kill, and in terms of climate change, even one degree can make a difference."

"From a policy perspective, in my opinion, it is a smart choice to inspire the residents in metropolises to replace their conventional vehicles with electric vehicles by providing subsidies, promoting the infrastructure such as charging stations, giving higher priority for electric vehicles in parking, and so on," Li said.

The authors caution that several factors can influence the urban heat island effect, not all of which were addressed in the study. For example, there are conflicting reports regarding the impact of reduced aerosol pollution on heat island intensity. These factors may need to be considered when weighing the benefits and disadvantages of replacing conventional vehicles with electric vehicles.

They also acknowledged that the production of electric vehicles causes more pollution that the traditional car manufacturing, which is one of the arguments that continues to stymie electric adoption.

To date, the environmental argument, supported by these new findings, has not helped kick sales of electric vehicles into high gear.

Electric and hybrid cars until now have been a hard sell. The entire segment, which launched in 1999, has struggled to reach a weak 3.2 percent of the U.S. marketplace, which is now heading toward 17 million units a year.

The drop in fuel prices has only made things that much harder. To make up for the higher cost of acquisition of hybrids and electrics, fuel prices need to be at least $6 per gallon and higher. Customers are also concerned about a shortage of charging stations, something car companies are trying to address.

Still, there is no ignoring that cities are heating up - as is the rest of the globe - due to the rise of greenhouse gas emissions.

Brian Stone, Jr. a member of the Urban Climate Lab at Georgia Tech's City and Regional Planning Program, found that large cities are warming at twice the rate of the globe and that deaths from heat waves in the United States are responsible for more weather-related deaths than all other forms of extreme weather combined.

A separate study found that cities absorb more solar energy during the day and are slower to release it after the sun sets, making for uncomfortable nights and no real relief from the heat. And because they haven't cooled down as much overnight, mornings are warmer and the thermometer goes right back up when the sun starts beating down the next day.

As for using electric cars to counter these so-called heat islands, Stone said the idea has merit.

"Their findings are entirely plausible based on what we know about the contribution of waste heat emissions to urban heat islands," Stone said.

He said that a previous study in Portland found that heat islands on weekdays were 1 to 2 degrees C warmer than on weekend days and the researchers attributed the difference to vehicle traffic.

"Other than the higher densities found in Beijing than most U.S. cities, there is every reason to believe that the order of magnitude benefits measured here would translate to other cities," he said. "We should definitely be promoting electric vehicle deployment, in concert with a greater reliance on transit and non-vehicle modes, as a climate change management strategy in cities."

Police say officers found numerous victims and it appears the gunman took his own life.