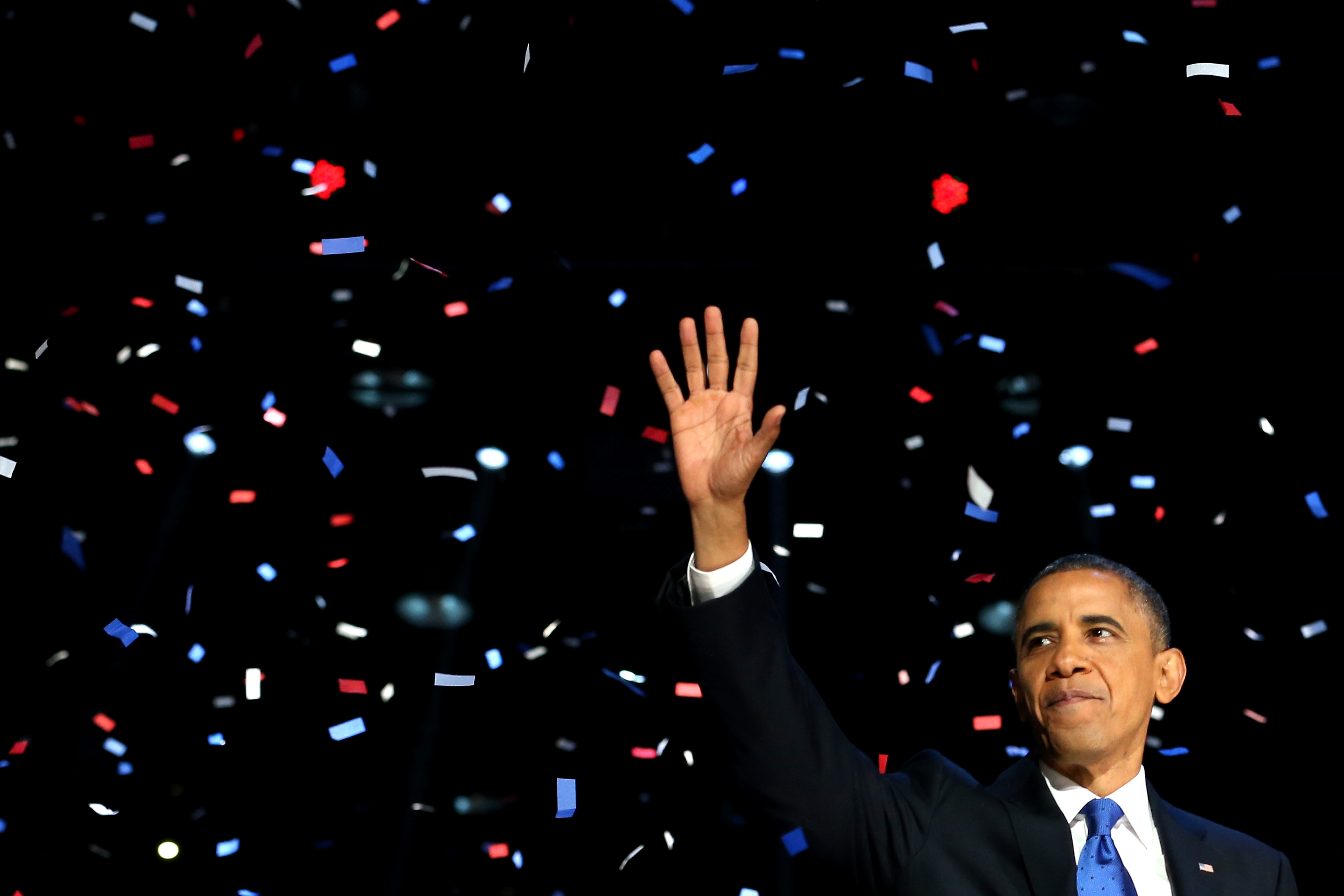 NEW YORK President Barack Obama's re-election to a second term takes away some of the uncertainty that small business owners have been carrying around. The question now is whether he can satisfy those who say he hasn't done enough to help them expand and create jobs.

During Obama's first term, the president pointed to steps he took to help small companies, such as proposing the Small Business Jobs Act of 2010 that cut taxes for small companies and made it easier for them to obtain federally guaranteed loans. These steps have helped some small businesses start their recovery from the recession.

"We've been seeing steady albeit modest growth in the economy since the president took office and we are cautiously optimistic," says John Arensmeyer, CEO of Small Business Majority, an organization that lobbies on behalf of small companies.

Even so, many small business owners are critical of the president's performance. They are anxious about taxes and the bulging federal deficit. Many opposed the health care overhaul and complain that they are being squeezed by excess regulations.

So now that Obama has won four more years, what can small business owners can expect from Obama on taxes, health care, the economy and regulation? The Associated Press interviewed small business experts and advocates to find out.

No president has a complete say over how much anyone, including small business owners, will pay in taxes. Expect the divided Congress to battle over Obama's request to raise the top tax rate on many business owners to 39.6 percent during 2013. That's the highest personal tax rate, and it affects some small businesses because their owners report their business taxes on their personal returns. Republicans in the House, many who were aligned with Republican nominee Mitt Romney, will oppose that tax increase, and the result may be a stalemate.

But Obama has made a point of proposing tax cuts that will benefit many small companies. He's calling for the corporate tax rate to drop to 28 percent from its current 35 percent. Manufacturers would pay no more than 25 percent. He's also backing more liberal tax deductions for small businesses that invest in new equipment.

"Congress will be more willing to work with the president on these small business-targeted tax policies," Arensmeyer says.

Recent history shows that Arensmeyer may be right. Earlier this year, there was bipartisan support in Congress for the Jumpstart Our Small Business Startups Act. It was designed to help small companies get financing more easily.

Obama's re-election means the health care overhaul will continue to be implemented, but small businesses still have to wait to find out how much it will eat into their profits.

Key provisions of the law go into effect in 2014, including the requirement that businesses with 50 or more employees provide affordable health insurance for their workers. What employers don't know yet is how much that insurance will cost. That won't be determined until states set up exchanges where individuals and companies can buy coverage.

Republican presidential candidate Mitt Romney promised to make changes to the law. Now that the overhaul has survived the re-election of Obama and a fight that advanced earlier this year to the U.S. Supreme Court, another big legal challenge is unlikely, says Risa Lavizzo-Mourey, president of the Robert Wood Johnson Foundation.

The Economy and the Federal Budget

Obama may not be able to do much to get the economy growing much faster than it is now.

"I think both candidates were way overselling what they can do to create jobs and help the economy," says David Primo, an associate professor of political science and business administration at the University of Rochester in New York.

The federal deficit is part of the problem. Obama has to curtail spending -- but federal government spending is equal to nearly a quarter of income produced by U.S. citizens. Cut government spending, including federal contracts, and small businesses lose revenue and may cut jobs. Many have put hiring plans on hold because of uncertainty about what's known as the fiscal cliff -- the combination of severe budget cuts and the expiration of Bush administration tax cuts that takes effect with the new year.

But if the deficit isn't dealt with soon, taxes will have to rise in the coming years. That would leave small business owners with less money to invest in their companies.

"That is ultimately going to be a huge problem. As government grows and the size of the deficit grows, that when you'll see a drag on economic growth," Primo says.

Look for Obama to continue a mixed record on regulation -- creating more rules that small businesses will need to follow, but also being vigilant that regulations won't be too burdensome.

"On the plus side, Obama has signed a handful of executive orders directing agencies to review and ease, where possible, regulations that have an undue burden on small business," says Molly Brogan, a spokeswoman for the National Small Business Association, a group that lobbies on behalf of small companies. But she also says government agencies keep creating regulations that many small businesses find problematic, for example, proposals from the Equal Employment Opportunity Commission that prohibit employers from requiring that workers have a high school diploma or conducting background checks.

"I don't think there's going to be a massive amount of difference for small businesses," says Catherine Rudder, a public policy professor at George Mason University in Fairfax, Va. "Obama in his policies is quite moderate and quite willing to compromise."

Small business owners who are unhappy with regulations created during Obama's first term are likely to find ways to get around them -- particularly when it comes to health care. Some owners reluctant to buy health insurance for employees will make sure their companies don't have the equivalent of 50 full-time workers -- the threshold at which they'd have to provide coverage under the health care law.

But owners will be happy with the Obama administration's regulations that are designed to help them -- lending and counseling programs at the Small Business Administration will continue to be a priority.

"They can expect continued policies to foster small business," says Caroline Daniels, a lecturer in entrepreneurship at Babson College.