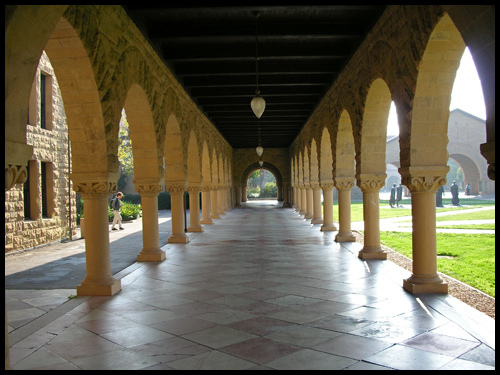 COMMENTARY Many college students are petrified about graduating into a lousy job market, but a new Georgetown University study says that the unemployment rate for new college grads -- 8.9% -- isn't as horrible as many assume. At least, it's better than unemployment faced by high-school grads (22.9%) and high-school dropouts (31.5%).

I don't think the stats are going to make one of my daughter's best friends feel any better. Carrie (not her real name) graduated in May from Stanford University, which is one of those rarified institutions that people assume guarantees a great career. Carrie is barely getting by with food stamps.

Carrie has yet to find decent employment. She's working with autistic kids in a very low-paying job that offers no benefits. Maybe Carrie's college major is what's wrong. At Stanford, she majored in women's studies.

In fact, the risk of unemployment or underemployment -- and there certainly is a lot of that going on -- varies considerably depending on a graduate's college major, according to the report from the Georgetown University Center on Education and the Workforce.

Here is a graphic that shows the wide disparity in unemployment rates between college majors:

Here are some high points from the study:

1. The major with the highest unemployment is architecture (13.9%), which is no surprise with the housing sector in a perpetual funk.

2. Unemployment is lowest where the ties between majors and occupations are highest. Unemployment rates are low (5.4%) for recent grads in engineering, sciences, education and healthcare-related majors because they are tied to stable or growing industries.

So what are young grads like Carrie supposed to do?

The Georgetown research suggests considering grad schools. The overall unemployment rate for people with graduate degrees is just 3%. With the exception of the arts and education, which generate lower-paying careers, graduate-degree holders average wages between $60,000 and $100,000 a year. That's compared to salary ranges of $48,000 and $62,000 for workers with bachelor's degrees.

Coincidentally, Carrie has been seriously considering heading off to grad school.