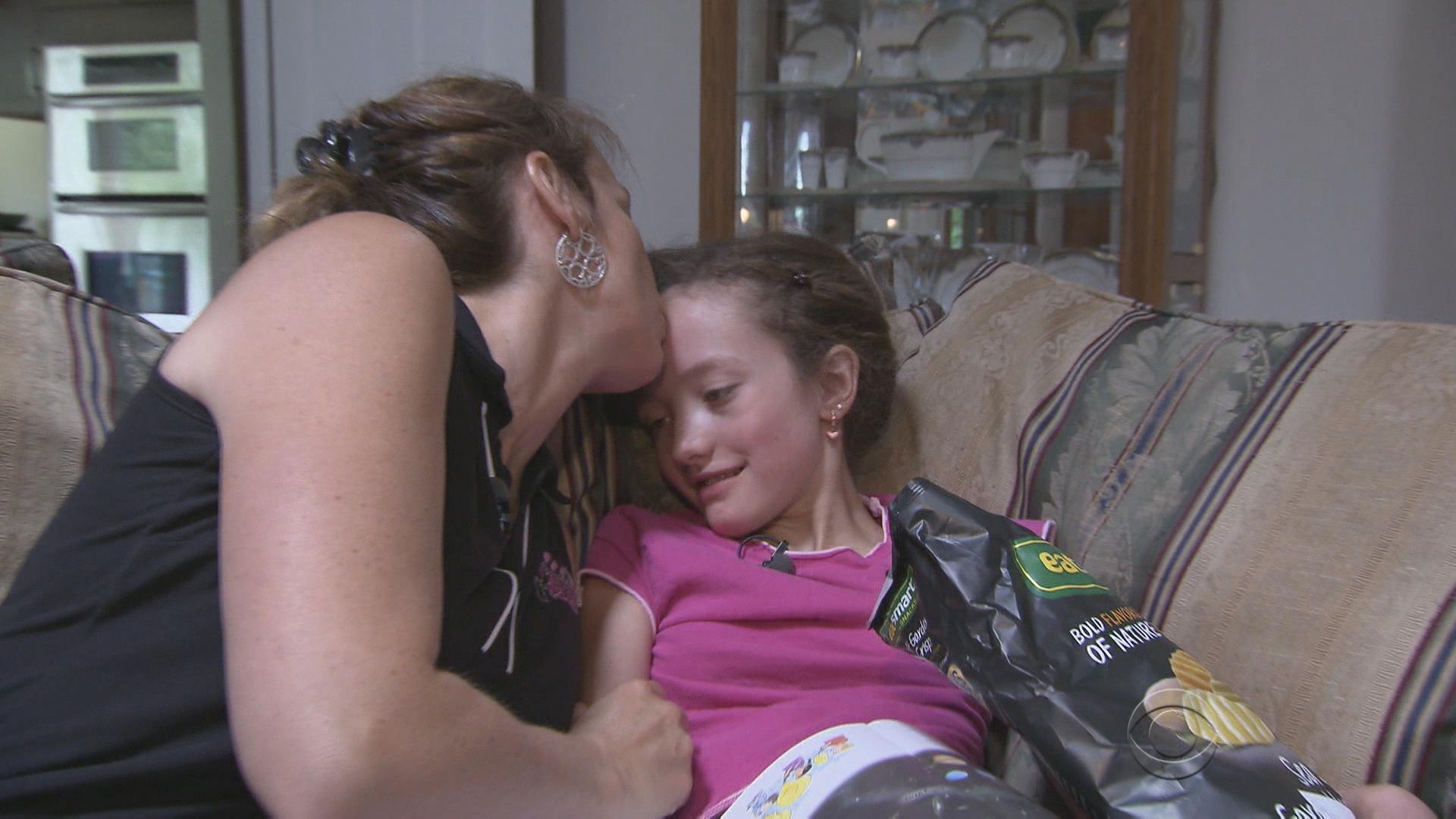 Eleven-year-old Hannah Sames has a can-do attitude and remarkable determination. At four years old, she was diagnosed with an extremely rare genetic defect called Giant Axonal Neuropathy (GAN). The disease causes nerves to die and muscles to stop working.

Hannah can no longer walk on her own. Children with GAN don't survive past their teens or twenties.

"This is a fatal disorder, so we picked ourselves literally off the ground and decided to fight," Hannah's mother Lori Sames told CBS News. "We knew we needed to raise a lot of money fast... There was nothing."

Out of nothing, Sames has conjured up hope -- Hannah's Hope, a grassroots charity dedicated to finding a cure for GAN.

"She can't dress independently. Her fine motor skills are now impaired," Sames said. "She has trouble balancing food on her fork. It's really taken her independence."

"I don't have the worst life in the world, but it's hard," Hannah said. "I just keep a smile on my face and I try to keep my head up."

Ten-year-old Chrissy Grube and her younger sister Amanda were both born with GAN. So far, five-year-old Amanda has hardly any symptoms while Chrissy now has trouble walking and problems breathing.

"It is this immense sense of powerlessness," their father Steve Grube said. "There was nothing we could offer my girls to save their lives."

Now there may be something. Hannah's Hope has raised millions for gene therapy research at the University of North Carolina's Gray Lab. Seven years after Sames began her crusade for a cure, a human trial is underway at the National Institutes of Health. Chrissy Grube is patient number one.

"They are really pioneers, in fact they are courageous pioneers," said Dr. Carsten Bonnemann, who is directing the trial. "The principle of gene therapy is to replace the gene with an artificial copy of the gene."

Doctors injected Chrissy with the gene packaged inside a harmless virus, to penetrate cells and restore nerve function.

"I'm very excited," Bonnemann said. "What we're doing here is opening the door for delivery of other gene therapies that would also have to go to nerve cells or the spinal cord."

Hannah could be patient number four.

"Hannah's been asking why this has been taking so long, and we've told her that we really need to make certain that it's safe," her mother said.

Hannah hopes she'll be able to walk again. The researchers say they will be watching over the next year or two to see if the therapy restores muscle function. But stopping the progression of the disease would be considered success as well.