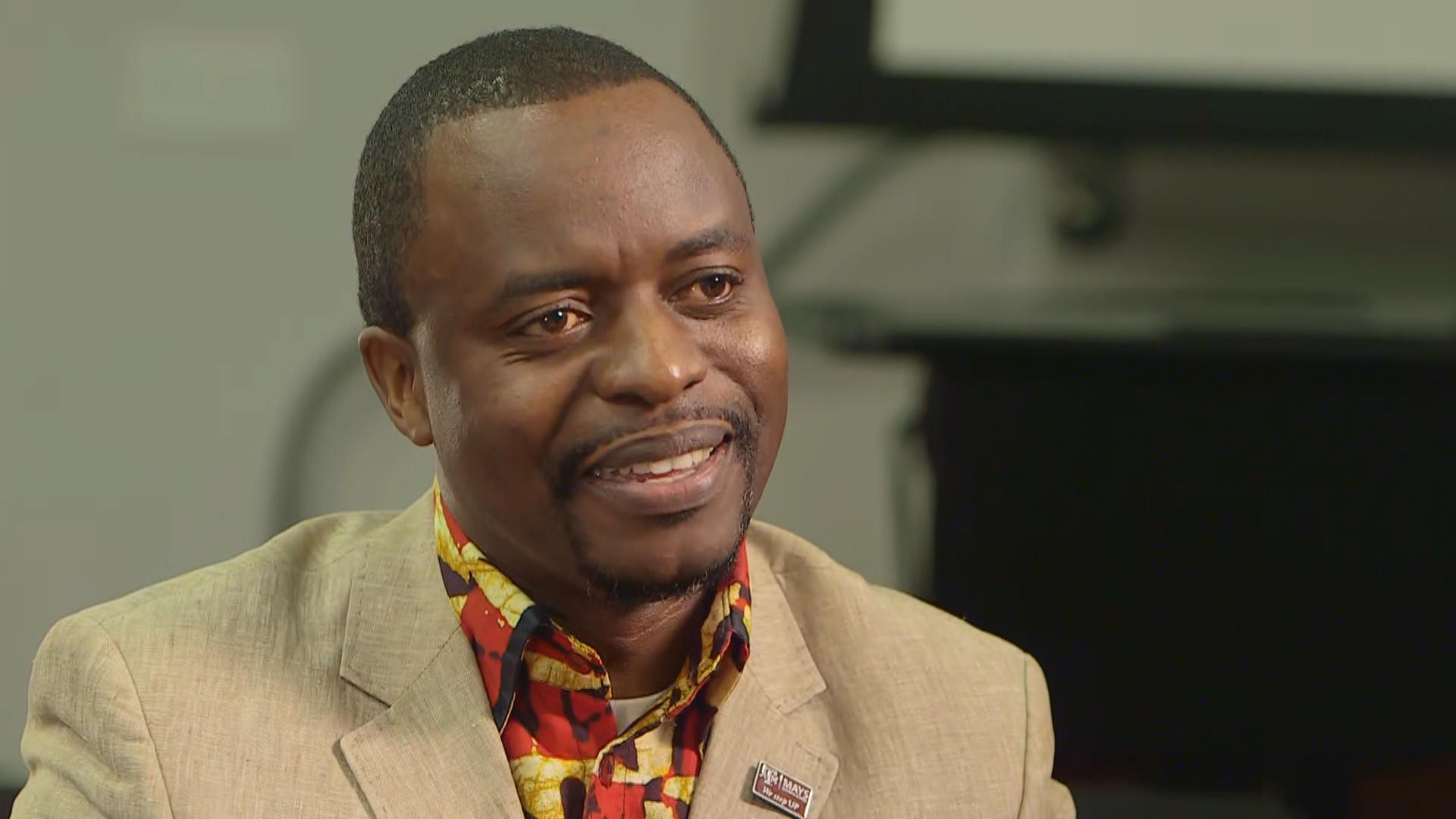 Our series, A More Perfect Union, aims to show that what unites us as Americans is far stronger than what divides us. In this installment, we introduce you to a professor at Texas A&M University who teaches his students not just through lectures, but also through actions.

It's hard for students to fall asleep in Dr. Henry Musoma's class at Texas A&M's business school. He's always doing something extra. He's extra engaged and extra supportive to the people he cares about most -- his students.

"I'm reminded of a friend of mine who said he's not an educator, he's an edutainer," Musoma told CBS News' Omar Villafranca. But it's not just in his teaching that Musoma has shown he's more than willing to do something extra.

When Ashton Robinson told Musoma she couldn't come to class because she didn't have a babysitter, his answer was simple: Bring the baby to class. A little fussiness didn't keep the professor from finishing his lesson. For Jake Ross, Musoma meant so much to him that Jake's fiancée surprised him by having the professor officiate their wedding. He helped another student find a job.

But how does someone learn to be kind? For Musoma, his education started more than 8,000 miles away in the African country of Zambia.

"Both my parents worked hard. My father was one of the first people in his family to go to college," Musoma said.

Like his father, Musoma wanted an education but an American one seemed out of reach. Then he met Albert Cates, a U.S. State Department official who changed his mind.

"He said, 'Here's my business card. Come to my office tomorrow.' And guess what, Omar, that night…I did not sleep. I was so excited," he said.

It was simply "the possibility" that was keeping him up, he said.

Cates helped Musoma immigrate to America in the 1990s. After finishing community college he earned a scholarship at Texas A&M, graduated and started teaching. In his classes he often brings up the story of Cates and possibility, a lesson Musoma's former student Sam White remembers well.

"He talked about his journey to America and at the end of every story, he would mention how this man took him in bought him dinner and convinced him to go to Texas to study," White said.

So when it came time to pay back Musoma for all his kindness, Sam knew what to do.

"A Starbucks card didn't feel right to me, right? So I was thinking what I could do for him that could be awesome," White said.

He searched social media sites and government records. For two years, he searched…and nearly gave up.

Finally, in a breakthrough with the help of Ancestry.com, he received an email from Cates and helped Musoma reconnect with his past.

"I ran to the business school that morning with this email I printed out and I was trying to play it cool, but of course I'm freaking out," White recounted. "It was complete silence. So I wasn't totally prepared for that because he is one of the most talkative people I've ever met and he's always got something to say. I handed him the email and he read through it and then he put it in his pocket, said thank you and gave me a hug."

Decades after their first meeting, Musoma and Cates were reunited. A life of kindness that has come full circle.

"My son, Joshua, who's about to be 7, sees me in front of my students, and then when they leave, he looks at me and he wants to put on a little tie when I walk with him. And he says, 'Daddy, I love that you're kind.' And if, when I'm gone, if that's what my son says of me, I'll rest in peace," Musoma said.

One of the life lessons professor Musoma's father taught him was the importance of taking care of one's extended family. He told us now he sees his students as a part of that family – a part of a large and growing village.