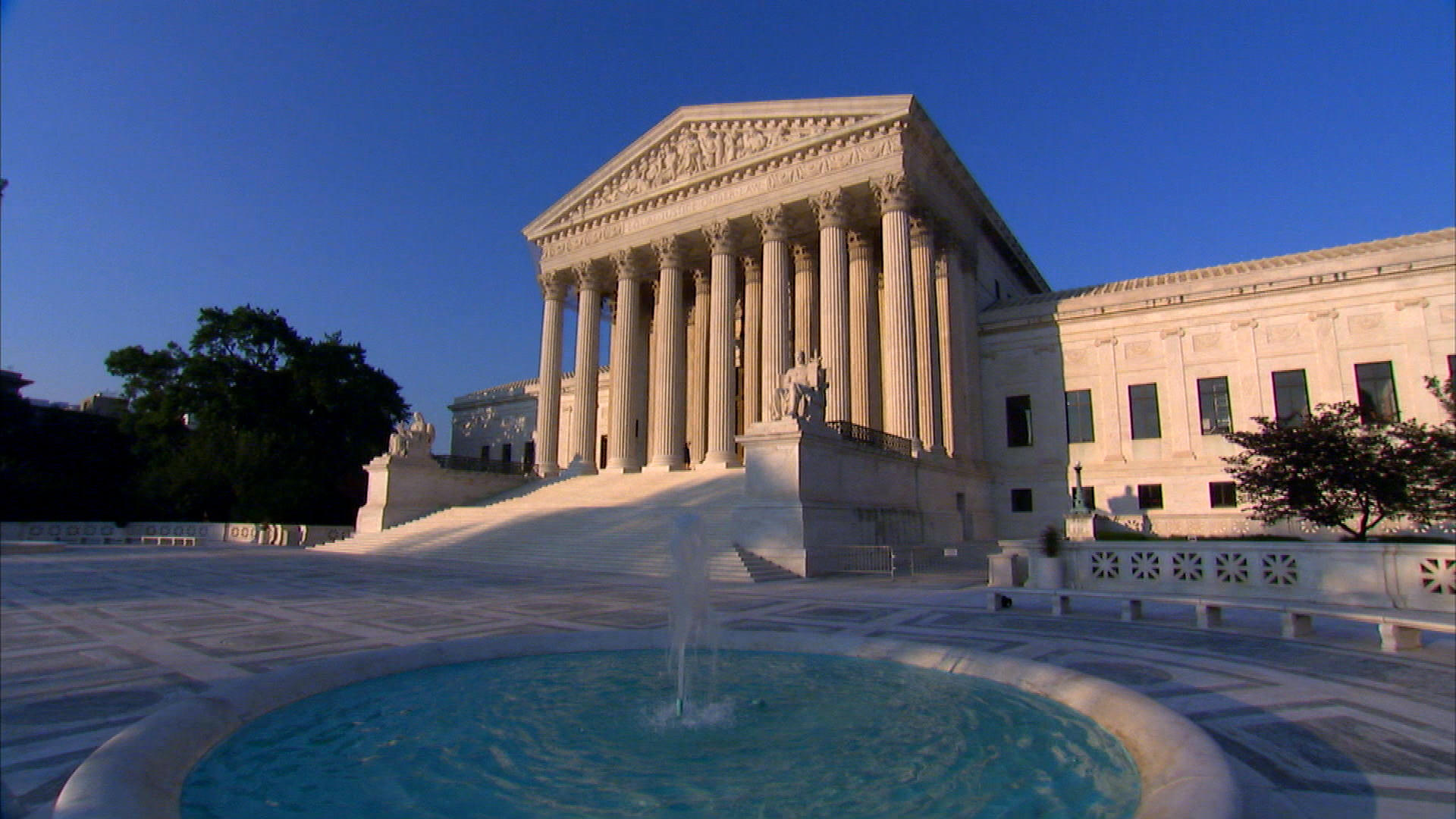 Neil Gorsuch was sworn in on Monday as the 113th justice of the Supreme Court. As an associate justice, he’ll join the ranks of men and women whose decisions have shaped public policy. From abortion to affirmative action, campaign finance law to the 2000 presidential race, the Supreme Court hears cases that ultimately alter American society.

Justices rarely give interviews, allowing little insight into the decision makers on the bench. But when they do, they often give them to 60 Minutes. Below are some of those interviews.

Justice Gorsuch takes the seat previously occupied by the late Justice Antonin Scalia, a stalwart conservative appointed by President Ronald Reagan in 1986. Scalia’s death in February 2016 created a fierce debate over which president should choose his successor.

Eight years earlier, Justice Scalia spoke with correspondent Lesley Stahl about how he interpreted the Constitution. His was a philosophy known as originalism, which means interpreting the Constitution based on what it originally meant to the people who ratified it more than 200 years ago.

Justice Scalia took issue with so-called activist judges who create rights not specifically in the Constitution -- such as a right to abortion -- by interpreting the Constitution as a living document that adapts to society’s changing values. Legislatures, he said, should be the source of change, not the Court.

“You think there ought to be a right to abortion? No problem,” Justice Scalia told Stahl in the video above. “The Constitution says nothing about it. Create it the way most rights are created in a democratic society: Pass a law.”

Stahl also spoke with him about one of the most controversial cases that had come before him on the Supreme Court: Bush v. Gore. It had been reported, Stahl explained, that Justice Scalia played a pivotal role in urging the other justices to end the Florida recount, thereby handing the 2000 presidential election to George Bush.

But Justice Scalia was loath to discuss the decision.

“Get over it,” he told Stahl. “It’s so old by now. The principal issue of the case -- whether the scheme that the Florida Supreme Court had put together violated the federal Constitution -- that wasn’t even close.”

Retired Justice John Paul Stevens disagrees. In fact, in a 2010 interview with correspondent Scott Pelley, he said that landmark Bush v. Gore case is one of the Court’s greatest blunders.

Justice Stevens, who was appointed by President Gerald Ford in 1975 and retired in 2010, told Pelley he was surprised the Court granted a stay to stop the recount in Florida.

“In order to get a stay in any situation, the applicant has to prove irreparable injury, and there just, obviously wasn’t any irreparable injury to allowing a recount to go through,” he said, “because the worst that happens is you get a more accurate count of votes.”

He said it was an “unwise decision” for the Court to get involved in determining the results of the election.

“I don’t question the good faith of the justices with whom I disagreed,” he said. “But I think they were profoundly wrong.”

In his interview, Justice Stevens took Pelley on a tour of the highest Court, including the justices’ robing room, where network television had never before been. While he was preparing to hang up his robe for the last time, he told Pelley he was worried about the direction of the Court, particularly in light of the Citizens United case. In January 2010, the Court overturned one hundred years of law that limited corporate money in politics.

In his dissenting opinion, Justice Stevens offered a warning to the Court. The Court’s decision, he wrote, “will, I fear, do damage to this institution.”

While Justice Scalia was, at times, combative in his questions during Supreme Court oral argument, Justice Stevens was courteous, frequently prefacing questions by asking whether he could ask a question.

Justice Clarence Thomas is neither, choosing instead to rarely interrogate from the bench. So when correspondent Steve Kroft interviewed him in 2007, Kroft felt like he was shedding light on a person about whom most people knew very little.

If the public did have an opinion, Kroft said, it was likely shaped by the bitter confirmation battle in which Justice Thomas was accused of sexually harassing a former employee named Anita Hill. In the interview, Kroft asked him what he wanted people to think about Hill’s allegations.

“I really at this point, I think most well-meaning people understand it for what it was,” Justice Thomas said. “It was a weapon to destroy me, clear and simple.”

Appointed to the Court in 1991 by President George H.W. Bush, Justice Thomas also told Kroft about his journey from the isolated backwaters of Georgia to Yale Law School, which had a program that set aside a certain number of slots for minority students. Because of that program, he told Kroft, the years of hard work he put in to arrive at the Ivy League had been discounted.

“It was converted to, ‘Well, you’re here because you’re black,’” he said.

“That degree meant one thing for whites and another thing for blacks.”

Like Justice Thomas, Justice Sonia Sotomayor also attended Yale Law School and says she had doors opened to her because of her race. But the result of those experiences shaped her perspective differently.

In a 2013 interview with Scott Pelley, she talked about being the first Hispanic on the Court. Appointed by President Barack Obama in 2009, Justice Sotomayor initially wanted to become a police officer. But her Type 1 diabetes kept her from law enforcement, so she reasoned that she could accomplish some of the same goals by becoming a lawyer.

Having obtained degrees from Princeton and Yale, Justice Sotomayor said her personal experience with affirmative action has been powerful. She acknowledges the policy, which was instituted to remedy decades -- and in some cases, centuries -- of segregation and exclusion, helped get her into Princeton.

“The affirmative action of today is very different than it was when I was going to school,” she said. “And each school does it in a different way. I can’t pass judgment on whether there’s a role for it or not without it being seen as I’m making a comment on an existing case. But I do know that for me, it was a door opener that changed the course of my life.”

Justice Sotomayor also attributes her achievements in life to her strong will.

“I am the most obstinate person you will ever meet,” Justice Sotomayor said. “I have a streak of stubbornness in me that, I think, is what has accounted for some of my success in life.”

As one of the Court’s few female judges, Justice Sotomayor saw the path for judgeship paved by the first woman appointed to the nation’s highest bench, Justice Sandra Day O’Connor.

Appointed by Ronald Reagan in 1981, Justice O’Connor retired in 2006. She was often the deciding vote in cases, including upholding a woman’s right to abortion and upholding affirmative action in U.S. universities.

When she spoke with Scott Pelley in 2004, she told him how monumental her appointment had been.

“It had an incredible ripple effect of making opportunities become available for women,” she said. “It was just a remarkable transformation.”

The Real Power Behind Baby Doc

The Auschwitz liberation at 75: Remembering the camp's atrocities