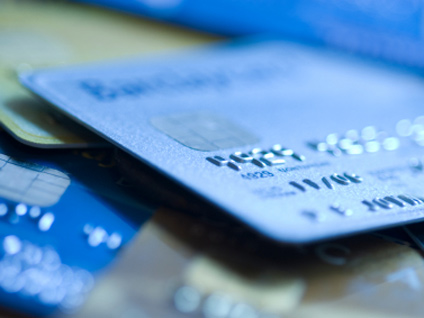 (MoneyWatch) Ask credit card experts to name the nation's best rewards card and their answers will be all over the map. Attractive rewards, like beauty, appear to be in the eye of the beholder.

"To be truly effective, a rewards card must complement the cardholder's spending habits," says Odysseas Papadimitriou at CardHub.com. "That means the best credit card for people who want rewards is likely to vary from person to person."

That said, there are a number of reward cards that have wide appeal, the experts agree. Some offer simple rewards - like cash - while others have such generous pay-out rates that they're worthy of mention even if they're only attractive to those willing to spend on specific products or services. Since cards that cater to frequent travelers are ubiquitous and often noteworthy, we've got a separate piece on those alone (to be published on Wednesday). However, a few of the travel rewards cards are worth mentioning here, too, because their rewards can be used almost like cash.

Here are the best rewards cards, according to our panel of experts:

Capital One Cash is a top pick from Bill Hardekopf at LowCards.com and Erik Larson at NextAdvisor.com. The appeal? The rewards program is simple. You get 1.5 percent cash back on every dollar you spend. There's no annual fee and the first-year interest rate is zero. After that 12-month period, you'll pay between 12.9 percent and 20.9 percent on revolving balances, depending on your credit rating.

Blue Cash Preferred from American Express also is a top pick for Larson, SmartCredit's John Ulzheimer and CardHub's Odysseas Papadimitriou. Why? It offers the best everyday rewards on the market, Papadimitriou says, including 6 percent cash back at supermarkets; 3 percent at gas stations and 1 percent everywhere else. While the card charges a $75 annual fee, it promises a $150 new cardholder bonus that essentially pays the annual fee for the first two years. Thus, CardHub figures you don't need to think about the annual fee until year three. However, if you're pretty familiar with how much you spend at different types of establishments, it might make sense to check out NextAdvisor's cash-back calculator. That can give you a much closer guestimate of how much any given rewards card will pay and whether your rewards will cover the $75 annual charge in an ordinary year.

PenFed Platinum Rewards provides the best gas rewards, with 5 points per dollar spent on gasoline at any station, says Papadimitriou. In addition, it's offering a sign-up bonus of $250 and does not charge an annual fee. The one catch: To get it, you'll have to join the Pentagon Federal Credit Union and that will cost you a one-time fee of $15.

Sapphire Preferred from Chase is noteworthy for its generous bonus for cardholders who charge at least $3,000 during the first three months. They get 50,000 bonus points, which are worth $500 in travel accommodations, or $400 in cash.

Capital One Venture and Venture One are great for people who like to travel, but are not hooked on one particular airline or hotel chain. The Venture card charges a $59 annual fee, but provides two points per dollar spent; the Venture One card provides 1.25 points per dollar, without the annual fee. While these are called "points," each point is worth a penny, so if you want to claim rewards, you simply call or go onto Capital One's web site and pick a travel-related charge that you want to pay with your points. They subtract the charge from your bill. It's that simple.

Costco's True Earnings card from American Express is a great option for Costco shoppers, CreditCards.com's Ben Woolsey adds. There's no fee for Costco members; it's the only credit card you can use when shopping at Costco; and it gives you an annual reward check that amounts to 3 percent of spending on gas and restaurants; 2 percent on travel and 1 percent at Costco and everywhere else.