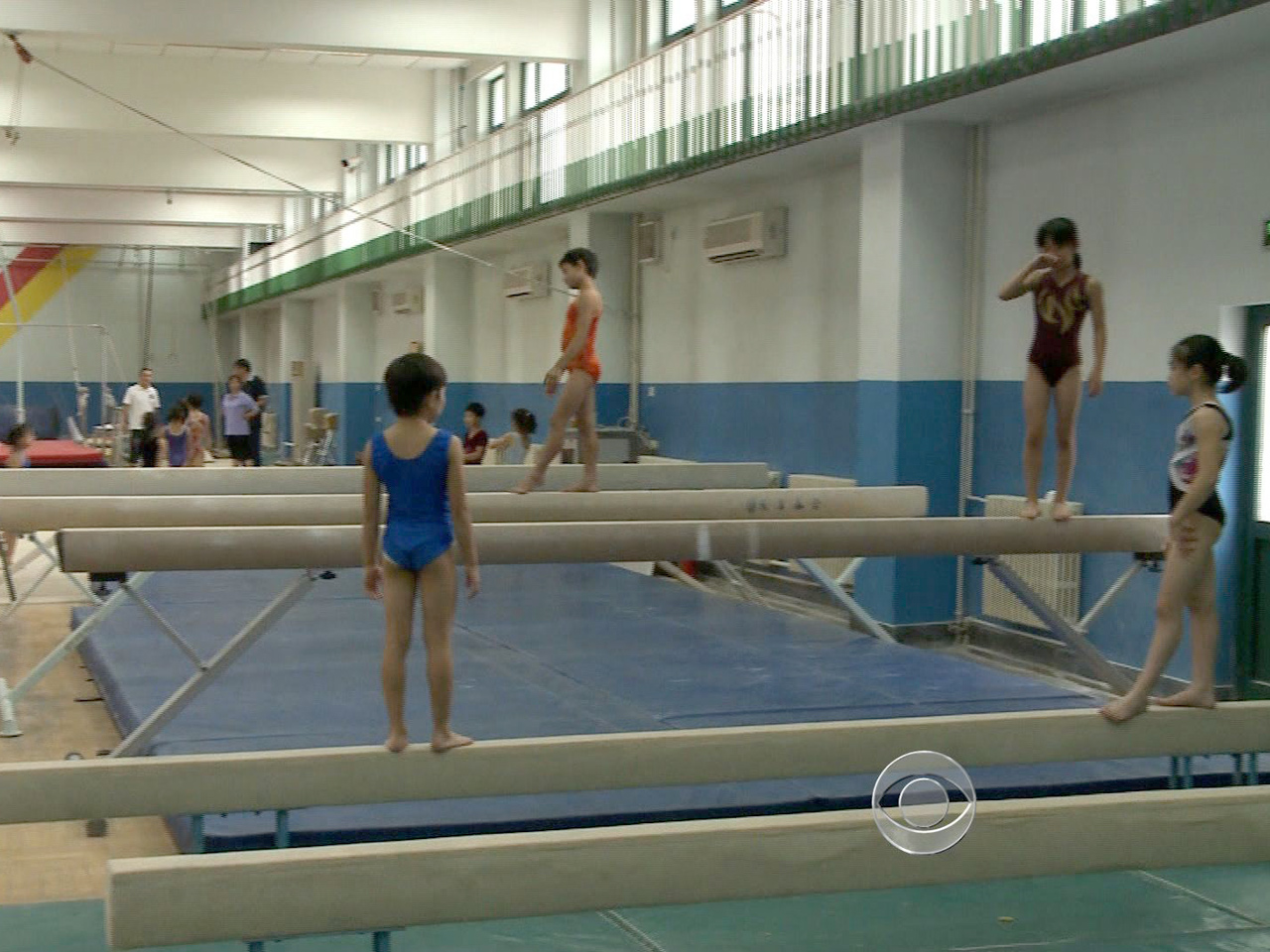 (CBS News) China took over the medal lead Sunday at the London Olympics. The U.S. is currently second, and Great Britain is third.

China swept all five of the golds in Badminton. How did the Chinese get that good?

To the Chinese, it was a feat worthy of a nation's pride when 16-year-old swimmer Ye Shiwen broke records and won two gold medals.

In one of the events, her final lap was faster than a similar lap by U.S. male swimmer Ryan Lochte, and that triggered questions and controversy when an American suggested the record speed was the result of doping.

China's English-language newspaper responded with the headline: "Yeah! She Won," aimed at what many here see as America's disrespect for China.

And Ye went on Chinese TV after she was tested and cleared of using any drugs by Olympic officials, testing that is routine for all medal winners.

"They envy us," Ye said after the controversy began. "We train more diligently."

In fact, China's Olympics system is all about state-run schools like one in Beijing focused on the best, brightest and youngest athletes.

Children as young as six are handpicked to be the next generation of Chinese medal winners. They get some education, but the focus is on training - and more training

Table tennis player Wan Hao, who is all of 13, knows what he wants to become: A world champion, he says, doing it for his father, his own pride and, as he put it, "to win honor for my country."

China didn't even compete in the Olympics until 1932 in Los Angeles, and it wasn't until the games in Los Angeles in 1984 that the country won its first medals, including more than a dozen golds.

By the Beijing Olympic games in 2008, China was such a powerhouse that it won the gold medal race with 51, compared to 36 for America. Americans still won the overall medal count at 110 to 100.

However, if these kids in a Beijing sports school and their coaches have their way, the days of America's medal dominance will soon be over.

Across this country, there are roughly a thousand schools like the one in Beijing, costing hundreds of millions of dollars to a government that wants each one to be an Olympics dream factory.