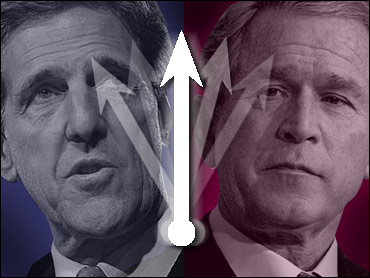 This column from National Review Online was written by Robert Moran.


As Election Day nears, it's worth reiterating five things that most media election observers forget:

Every major news organization appears to be conducting nightly tracking polls. This data is interesting, but irrelevant. Political professionals do not fixate on the national polls; they fixate on state polls.

Tracking polls in Ohio and Florida and Wisconsin and New Hampshire would be of far-greater usefulness in following this election. The presidential campaigns are doing these, but the media is not.

The media wants national polls, because they believe these are more interesting to their viewers. They may be more interesting, but they are a waste of time. If you are reading this article and want to follow the election, follow the state polls in Ohio, Florida, New Hampshire, Wisconsin, Iowa, and Nevada.

Pollsters tell their clients this every cycle, and it's well known in the industry, but this news has apparently not trickled far into the mainstream press. Undecideds know the incumbent already. If they aren't in his column in the last days of the election, they aren't voting for the incumbent.

If politics were physical science, this would be a law of nature.

Absent any extraordinary turnout efforts, the incumbent gets on Election Day what they got in the last track. This means that incumbents in two-way races must be at or above 50 percent in the last track in order to win. This is why Tom Daschle is so frenetic these days.

State polls out of Ohio and Florida have Bush barely under 50 percent. This suggests that, contrary to most national polls, we're looking at a very close race in the electoral college with these two very important states simply too close to call at the present time.

Campaigns do not receive one set of numbers that says their candidate is either ahead or behind. Instead, they receive the ballot test run by several turnout models.

These turnout models may be based on (a) reported interest in the election on a 0 to 10 scale, (b) reported likelihood to vote, or (c) a demographic scoring system that accounts for the fact that older voters, homeowners, union members, churchgoers, voters over a certain income and educational level are more likely to vote than others. Some models work, and some don't. When you throw a party and invite over 100 million people to attend, it's hard to know who will show up.

4. The political scientists and their bizarre models are almost always wrong.

If political scientists specializing in vote behavior were so good, they'd be making two to three times the money in the private sector. They aren't. Instead they produce models that simply don't match reality. In the last election a Midwestern professor had a model predicting a Gore landslide. I have read of professors in this election publicizing models showing massive Bush wins. I am embarrassed for them. There are a few political-science professors I would trust with literature drops, phone-bank operations, and yard signs. But they are otherwise useless and wrong. They need to stick to their Chomsky.

5. If a poll is too good to be true, it is too good to be true.In the past few weeks we've been treated to breathless reports of promising polls in New Jersey and Hawaii. The president may, in fact, collect a higher percentage of the vote in these states in 2004, but he will almost certainly not win either of these Democratic strongholds.

Partisans are always tempted to believe the most favorable polls available. This leads otherwise sober-minded individuals to believe with almost religious fervency that a poll showing Bush ahead by five points in Seattle produced by, say, students at Northwest Regional Polytechnic of the Quad Cities is the definitive poll and a harbinger of a national landslide.

NRO readers are savvy enough to know a state's voting behavior. They know, for example, that New Jersey is a very difficult state for Republicans to win at the national level. A state's past vote behavior is a good predictor of its future voting pattern, and readers should not invest too much confidence in polls suggesting otherwise.

Robert Moran is a vice president at Republican polling firm Fabrizio, McLaughlin & Associates. He is an NRO contributor.

By Robert Moran
Reprinted with permission from National Review Online