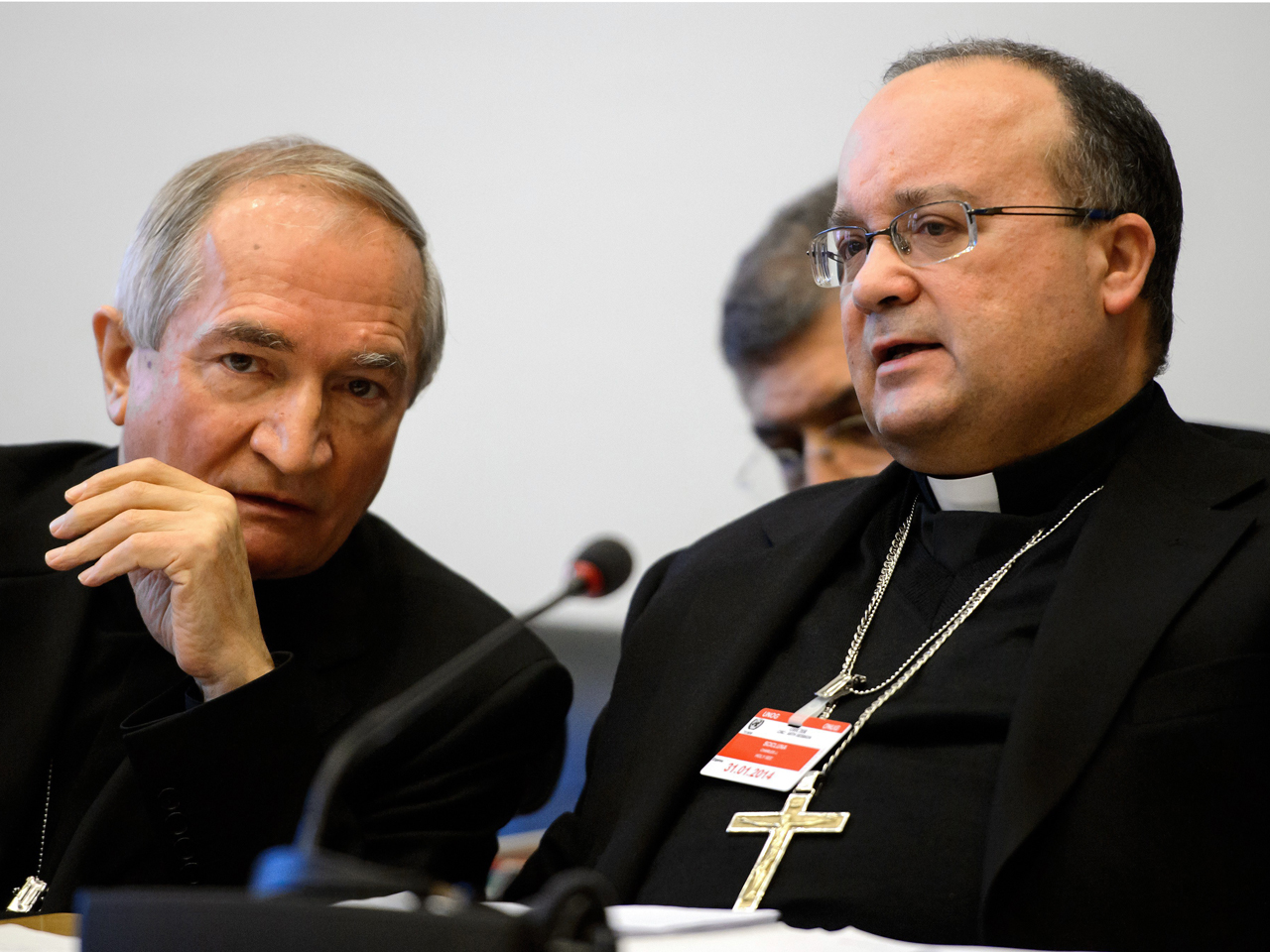 GENEVA -- The Vatican came under blistering criticism from a U.N. committee Thursday for its handling of the global priest sex abuse scandal, facing its most intense public grilling to date over allegations that it protected pedophile priests at the expense of victims.

The Vatican insisted it had little jurisdiction to sanction pedophile priests around the globe, saying it was for local law enforcement to do so. But officials conceded that more needs to be done and promised to build on progress already made to become a model for others, given the scale of the problem and the role the Holy See plays in the international community.

"The Holy See gets it," Monsignor Charles Scicluna, the Vatican's former sex crimes prosecutor, told the committee. "Let's not say too late or not. But there are certain things that need to be done differently."

He was responding to a grilling by the U.N. committee over the Holy See's failure to abide by terms of the U.N. Convention on the Rights of the Child which, among other things, calls for signatories to take all appropriate measures to keep children from harm. Critics allege the church enabled the rape of thousands of children by encouraging a culture of cover-up to defend its reputation.

Groups representing victims of clerical abuse, who have been active in civil litigation against the church, gave the U.N. committee hundreds of pages of documents that informed the questioning. The groups have welcomed the hearing as the first time the Vatican has had to publicly defend its record in what amounted to a courtroom cross-examination where no limits were placed on the questioning.

But Barbara Blaine, president of the Survivors' Network of those Abused by Priests, or SNAP, said Thursday that the Vatican's responses seem like "more of the same."

The scene inside the conference room at U.N. headquarters in Geneva was remarkable by U.N. standards, with committee members themselves marveling at how such a powerful institution as the Holy See could be hauled before a relatively obscure U.N. human rights committee to answer uncomfortable questions before a packed audience.

It also was remarkable by Vatican standards.  Traditionally the Holy See has insisted that the Vatican as an institution bore little or no responsibility for the problem, blaming scandals and cases on individual priests or their bishops over whom the Vatican has no real control.

While insisting on that legal separation, though, the Vatican did respond to questions about cases even where it had no jurisdiction or involvement, and on many occasions welcomed recommendations on ways to make children safer.

"I'm with you when you say, 'All these nice words will not mean anything ... if there is not more transparency and accountability on the local level,'" Scicluna told committee member Benyam Mezmur, an Ethiopian academic who asked what it would take for the Holy See to sanction bishops who fail to report pedophiles to police.

Scicluna has been credited even by victims with helping bring the Vatican around over the past decade, overhauling its internal norms to make it easier to defrock abusers and calling for greater accountability by bishops who allowed priests to roam free.

He said local criminal prosecutors must go after anyone - "whoever these people are" - who obstructs justice.

Given the church's "zero tolerance" policy, she asked, why were there "efforts to cover up and obscure these types of cases?"

Committee members repeatedly asked the Holy See to provide data about the scale of the problem, but the Vatican deferred, saying it would consider the request. They also asked what Pope Francis intends to do with a new commission announced last month to find best practices to protect children from abuse and help victims heal. In addition, the members sought information about accusations that the Vatican's own ambassador to the Dominican Republic had sexually abused teenage boys.

The U.N. committee is made up of independent experts - not other U.N. member states - and it will deliver final observations and nonbinding recommendations on Feb. 5 . The committee has no ability to sanction the Vatican for any shortcomings, but the process is aimed at encouraging, and sometimes shaming, treaty signatories into honoring their international commitments.

The Holy See ratified the U.N. convention in 1990, and submitted a first implementation report in 1994. But it didn't provide progress reports for nearly two decades. It only submitted one in 2012 after coming under criticism following the 2010 explosion of child sex abuse cases in Europe and beyond.

Victims groups and human rights organizations teamed up to press the U.N. committee to challenge the Holy See on its abuse record, providing it with reports of written testimony from victims and evidence outlining the global scale of the problem.

Their reports cite case studies in Mexico and Britain, grand jury investigations in the U.S., and government fact-finding inquiries from Canada to Ireland to Australia that detail how the Vatican's policies, its culture of secrecy and fear of scandal contributed to the problem.

Despite the unprecedented public scrutiny, Blaine of SNAP said, "When they say that these crimes should be prosecuted by states, it seems so disingenuous because we know that the church officials at the state level obstruct those efforts to bring justice."

In an interview with The Associated Press midway through the hearing, she said the Vatican seemed to be telling the committee only "lofty words" and what it wanted to hear.

The Holy See has long insisted that it isn't responsible for abusive priests, saying they aren't employees of the Vatican but rather members of the broader 1.2-billion-strong Catholic Church over which the Vatican exercises limited control. It has maintained that bishops are responsible for the priests in their care, not the pope.

But victims groups and human rights organizations provided the U.N. committee with the Vatican's own documentation showing how it discouraged bishops from reporting abusers to police. In one famous case, a Vatican cardinal sent a directive to Irish bishops warning them to strike any mandatory reporting of abusers to police from their internal policies.

Tomasi dodged the committee's question about whether Wesolowski would be turned over to secular authorities for prosecution. The Vatican has said it doesn't extradite its own citizens. Rather, Tomasi said Wesolowski is being tried by the Vatican's own prosecutors.

"It will be judged with the severity that the crimes might demand," Tomasi assured the committee.

"I think it's time for the church to stop this secrecy," Teodoro Pulvirenti, who said he was abused by a priest, told The Associated Press in New York. "I believe the church puts too much of its reputation before the victims and you know the pain of this abuse that we carry. That's why I was so excited when I heard about this final meeting between the Vatican representatives and the U.N."

Last March, Cardinal Timothy Dolan told CBS News that the U.S. Catholic Church of the United States was on "the right track" in the wake of the scandal surrounding decades of child sexual abuse by priests and senior clergy's moves to hide it from public view.

Dolan said the Church in the U.S. had learned from its mistakes in handling the abusive priests and tackled the problem during the last decade. "We didn't do it right back then, but now I think we are."