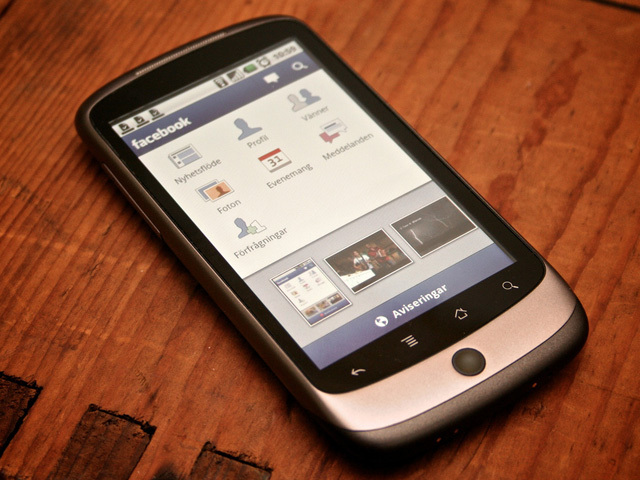 COMMENTARY The latest phone rumor craze? The Facebook phone, thank you very much. Chatter about a Facebook branded phone that heavily integrates the company's services into a handset has been around since at least 2009. But the most recent round of rumors has HTC as the manufacturing partner.

It doesn't really matter, though. This is a sign of Facebook's desperation over its business model as an IPO keeps drawing nearer. The company may not have the fiscal performance to justify the incredibly high valuations it has received. So it's time to grasp at straws. Unfortunately for management, branding phones is one strategy that has proven time and time again to be robustly unsuccessful.

Just when you thought you were safe

The new Facebook phone reportedly has a codename already: Buffy. But the title shows that this is anything but a brand new idea. Buffy stands for the show Buffy the Vampire Slayer. Slayer is a condensed version of a previous project name: the "social layer." (CBS MoneyWatch has a request in with Facebook for a statement. If and when one comes, the story will get an update.)

Originally, Facebook wanted to create a real phone of its own, including industrial design and carrier subsidies. That's some ambition, especially when you consider it took Apple, which already mastered many parts of the consumer electronics business, years to come out with the iPhone.

Today's version of the Facebook phone (or the rumor, anyway) is more like Slayer Lite. The company has scaled back, deciding on an Android-based phone with a heavy dose of HTML5 browser and application love. The idea would be to have social networking services (from Facebook, dare we guess?) integrated into the operations of the phone, rather than just tacked on.

Why would Facebook bother? Even though a lot of its customers use the social network from smartphones, that's not the reason. Indications are that Facebook isn't the unbridled success story it portrays itself to be, even if it actually does have 800 million users (and that's taking the company's word). Even Facebook's $1.6 billion in revenue booked during the first half of the year actually missed the company's own internal projections by 25 percent.

Facebook needs income. Badly. If it doesn't pull in ever bigger numbers, the market valuation could fall, just as it did with Groupon (GRPN) in its own IPO. (And Groupon has already seen its stock price drop below the IPO pricing.)

What happens in such cases is that big investors push and executives get nervous and consider additional lines of business. Maybe it was the way smartphone users gobbled up Facebook's mobile app that got the company thinking. But those thoughts have strayed in the wrong direction.

Some might argue that CEO Mark Zuckerberg wants to emulate Amazon's (AMZN) strategy, owning a device that ties the user completely into Facebook. It's an interesting thought with a critical flaw.

Amazon's strategy works because it has built a walled garden, much like Apple (AAPL), that ties the availability of third party music, books, videos, and the like into its own hardware and software delivery systems.

Facebook, on the other hand, has data that customers have loaded into its systems, which means that the social network does not have a lock on consumers for that material. Its own Open Graph strategy is the inverse of a walled garden, so there is little leverage Facebook could use to move users into its own devices. (And given the noted privacy issues the company has had, how many consumers would be comfortable handing over even more personal data? For example, how many user upload all the phone information for their contact list -- or even have an entire contact list as friends on the service?)

As James Kendrick on our sister site ZDNet noted, this isn't a first test of a Facebook phone concept. The HTC Status had an actual Facebook button on the front. Big deal, no one cared. And it's not as though HTC is a small manufacturer that can't push product.

Microsoft (MSFT) made big noise around the Kin, another phone that tried to focus on social networking. That business disaster had sales numbers so low a grade school student could have kept track of them with paper and pencil. And Kin boasted Facebook and Twitter integration. Once again...everyone, now: no one cared.

Why should they? You can get apps for Facebook that run on virtually any phone you can find. Is Facebook, a social networking company, suddenly going to create a handset/software design so compelling that it will push everyone else out of the way? Seems hard to believe. Especially when the device isn't supposed to be out for another 12 to 18 months.

No, management will have to go back and find other ways of making money, like advertising that works for marketers or services that are so good, people might be willing to pay for them. But selling phones? Sorry, wrong number.