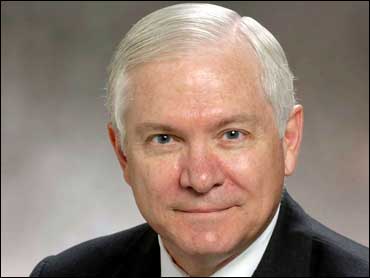 When Secretary of Defense Donald Rumsfeld stepped down Wednesday, President Bush nominated a close friend of his family who is a decorated former CIA agent and director as a replacement.

"Don Rumsfeld is a tough act to follow," President Bush said. "That's why i picked a man of Bob Gates' caliber."

But Gates, 63, is no stranger to insider Washington. Gates joined the CIA in 1966 and is the only agency employee to rise from an entry-level job to the seventh-floor director's office. He served in the intelligence community for more than a quarter-century under six presidents.

Gates was so respected among administration officials that he was asked in 2005 to take the position of Intelligence Czar. But Gates, who had been serving as president of Texas A&M University, declined the offer, saying he "had nothing to look forward to in D.C. and plenty to look forward to at A&M."

That sentiment apparently changed after Gates met with President Bush about the job over the weekend at the president's ranch in Crawford, Texas. Wednesday afternoon, Gates told the media the military activity in Iraq and Afghanistan provided him motivation enough to step away from the Ivory Tower and prepare to move back into the beltway.

"I believe the outcome of these conflicts will shape our world for decades to come," and because American women and men are engaged in conflict currently, Gates said he "did not hesitate when the president asked me to return to duty."

CBS Radio News correspondent Mark Knoller reports that while President Bush said wants to continue his course in Iraq, he wants to work with the new director and new leadership in Congress.

President Bush announced his nomination of Gates at a news conference on Wednesday. When asked whether his announcement signaled a new direction in the war that has claimed the lives of more than 2,800 U.S. troops, Mr. Bush said, "well, there's certainly going to be new leadership at the Pentagon."

He is the author of the memoir, From the Shadows: The Ultimate Insider's Story of Five Presidents and How They Won the Cold War, published in 1996.

Gates has served as the president of Texas A&M since August 2002 after serving as the university's interim dean of the George Bush School of Government and Public Service from 1999 to 2001.

The school is home to the presidential library of Mr. Bush's father. Gates is a close friend of the Bush family, and particularly the first President Bush.

The Senate Armed Services committee will take up Gates' nomination, which must be confirmed by the Senate.

Rep. Ike Skelton, D-Mo., who is expected to chair the House Armed Services Committee next year, said Rumsfeld's resignation "presents an important opportunity for our country to begin a new policy direction in Iraq and in the war on terrorism."

He encouraged the Bush administration to take advantage of the fresh start.

Texas A&M, which Gates is leaving at an undetermined time, is one of the nation's 10 largest universities.

The last time Gates was tapped by Washington, in February 2005, he wrote in a message on the school's Web site saying: "There seems to be a growing number of rumors in the media and around campus that I am leaving Texas A&M to become the new director of national intelligence in Washington, D.C. To put the rumors to rest, I was indeed asked to take the position, wrestled with perhaps the most difficult — and close — decision of my life."

As for his own schooling, Gates received a bachelor's degree from the College of William and Mary and a master's degree in history from Indiana University and a doctorate in Russian and Soviet history from Georgetown University. Gates grew up in Kansas. He and his wife, Becky, have two adult children.