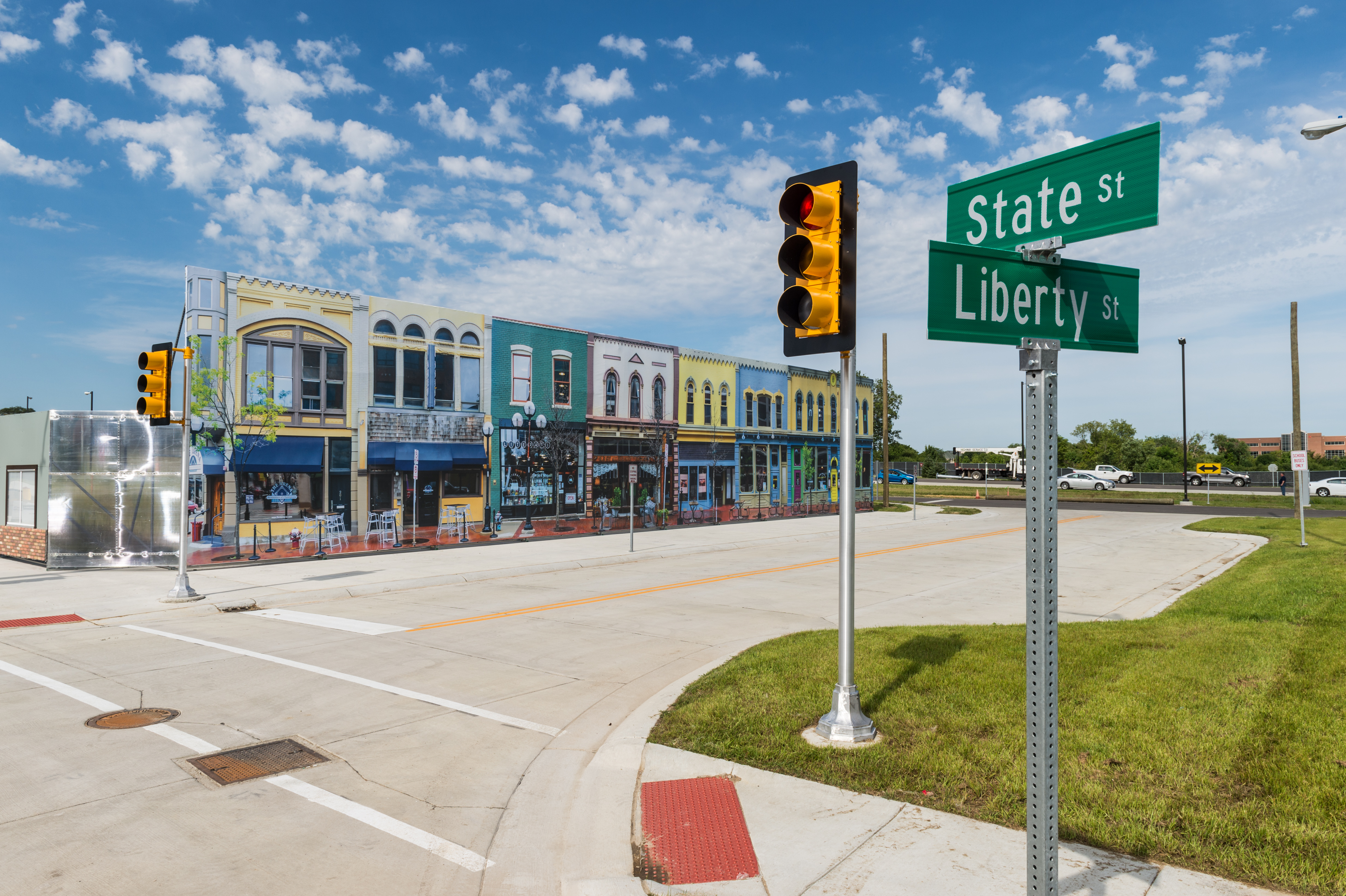 ANN ARBOR, Michigan - What better place to take driverless cars out for a spin than a peopleless city?

"Mcity" opens its simulated doors today in what the University of Michigan calls the first controlled environment for testing self-driving, digitally connected vehicles.

The 32-acre site on the university's Ann Arbor campus has building facades, a roundabout, brick and gravel roads, sidewalks traffic signs and signals, parked cars, and other driving features. Researchers will be able to test how cars interact at an intersection or how signals work in a tunnel. The site also has a simulated highway on-ramp.

The $10 million site, which is backed by automakers including Detroit giants Ford (F) and General Motors (GM), along with Honda (HMC) and Toyota (TM) of Japan, was several years in the making. It will be run by the Mobility Transformation Center, which is a partnership between the university, state and federal governments and auto companies.

The center's director, Peter Sweatman, says the site is one of the most advanced in the world and will speed up the development of driverless technology.

"There are many challenges ahead as automated vehicles are increasingly deployed on real roadways," Sweatman said in a statement. "Mcity is a safe, controlled, and realistic environment where we are going to figure out how the incredible potential of connected and automated vehicles can be realized quickly, efficiently and safely."

A goal of the project is to put driverless vehicles on the road in Ann Arbor by 2021.

The risks of self-driving vehicles have drawn attention lately after Google (GOOG), a leader in the technology, said last week that one of its driverless prototypes was involved in an accident for the first time that resulted in an injury.

The crash happened when a Lexus SUV equipped with sensors and cameras was rear-ended in Mountain View, Calif., where the search giant has been testing more than 20 driverless vehicles.

Still, many experts think autonomous driving technologies could one day greatly cut down on accidents. More than 90 percent of crashes in the U.S. are caused by human error, according to a recent report by CitiGPS. Consumption of alcohol is linked to nearly a third of fatal accidents.