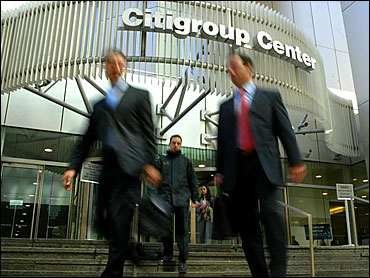 (CBS)
A few phrases will likely stick with us, even when the economic collapse of the last two years begins to fade and the Great Recession of '09 becomes part of economic history. "Subprime" has entered the national lexicon. So has "credit default swap" for those who were paying closer attention. But perhaps chief among them is the one that everyone can understand – "Too big to fail."

Americans were told again and again that even though it was companies' own irresponsible behaviors that brought on the crisis, they had to be saved because the alternative was much, much worse (see "moral hazard"). A few were deemed not-quite-too-big-to-fail (Bear Stearns, Lehman Brothers), but there were many more Citgiroups and AIGs.

What "too big to fail" really meant was "too complex to fail." They had fingers in too many pies, were counterparties in too many transactions. They were foundational pieces in our Jenga tower financial system.

Now lawmakers are considering a measure aimed at preventing financial companies from becoming so large and complex – and breaking up the ones that already are. The bill resurrects provisions of a 75-year-old law – the Glass-Steagall Act – that was dismantled in 1999.

Glass-Steagall created the FDIC. It also prevented deposit-taking banks from operating brokerages, selling insurance, and underwriting securities – activities that bankers made infinitely more complex and risky in the last century, and particularly the last decade.

The new law is sponsored by Senators John McCain, R-Ariz., and Maria Cantwell, D-Wash., and could go before the Senate Banking Committee in January. A companion bill has been introduced in the House.

"Splitting banking functions needed for the smooth operation of the economy from riskier securities and trading activities was proposed earlier this year by the Group of Thirty, a nonprofit organization made up of former government officials and bankers, including Paul Volcker, a former Fed chairman and head of the president's Economic Recovery Advisory Board," Bloomberg News reports.

Bankers, lobbyists and some economists are lining up against the measure, noting that it wouldn't have saved Bear or Lehman (both pure investment banks) and would have handcuffed the government in some of its rescue efforts.

But that's chicken-and-egg stuff when it comes to a bill that might have prevented the need for rescues.