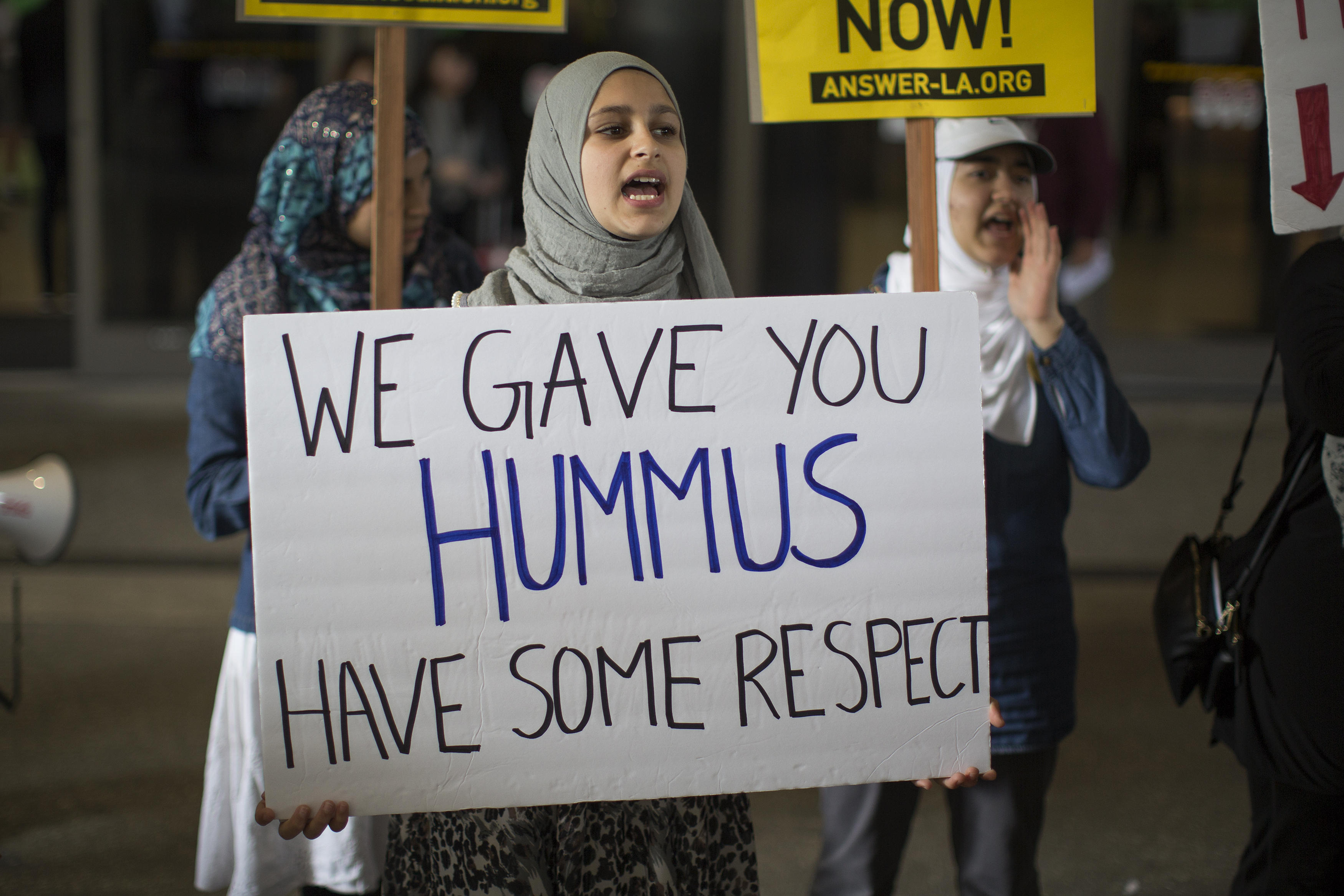 The U.S. 9th Circuit Court of Appeals on Monday will hear oral argument on President Trump's revised travel ban from early March and whether it violates the Constitution.

The federal appeals court, based in San Francisco, will hold a hearing at 12:30 p.m. ET in Seattle. The court will review the decision issued by Hawaii U.S. District Court Judge Derrick Watson regarding the ban's enforcement.

Three judges, all appointed by President Bill Clinton, will decide the case, according to The Los Angeles Times. They are Judges Ronald Gould, Richard Paez and Michael Daly Hawkins.

Wall calls for court to vacate or limit injunction against ban

The Trump administration's attorney called on the three-judge panel to vacate or at a minimum substantially narrow the injunction put in place by a U.S. district court judge in Hawaii.

Katyal says the court could do that.

He said he was surprised that Wall said that the president had disavowed his initial comments.

"The truth is there is no such statement," Katyal said.

He began quoting statements Trump made on the campaign trail, beginning in December 2015 when he called for a "total and complete shutdown" of Muslims entering the U.S. He said that the press release issued at that time had been left on his campaign's website until it disappeared from the site last week before 4th Circuit Court arguments.

Katyal is the former acting solicitor general of the U.S. and serves as a partner at Hogan Lovells in Washington, D.C.

Judge Gould asked Wall how a court can know whether the executive order is in fact a Muslim ban in the guise of national security justification.

Judge Hawkins asked if the president ever disavowed his campaign statements in which he called for blocking all Muslims from entering the U.S.

"Yes, he has said everything things approaching that," Wall said, adding that they are detailed in amicus briefs. "Over time, the president clarified that what he was talking about were Islamic terrorist groups and countries sponsoring them."

The ban has nothing to do with religion, Wall says

"The order on its face doesn't have anything to do with religion," Wall said.

He said that the executive order operates "with respect to aliens abroad."

Judge Paez said that Trump's executive order is "extremely broad" and it doesn't involve an individual one-off by a consular officer. Wall said, "I don't know that it's an extremely broad order."

Paez asked rhetorically how many nationals the ban would apply to in the corresponding countries. "A large number," he said.

"We don't know yet," Wall said, "Because we haven't been able to implement the order."

Wall argued that Congress and the Obama administration singled out the countries under the ban as having ties to terrorism and were removed from the visa waiver program.

Jeffrey Wall is the attorney arguing for the Trump administration

"The court's very well aware of the importance of this case," Judge Gould said.

Gould added that he will allow for more time if need-be.