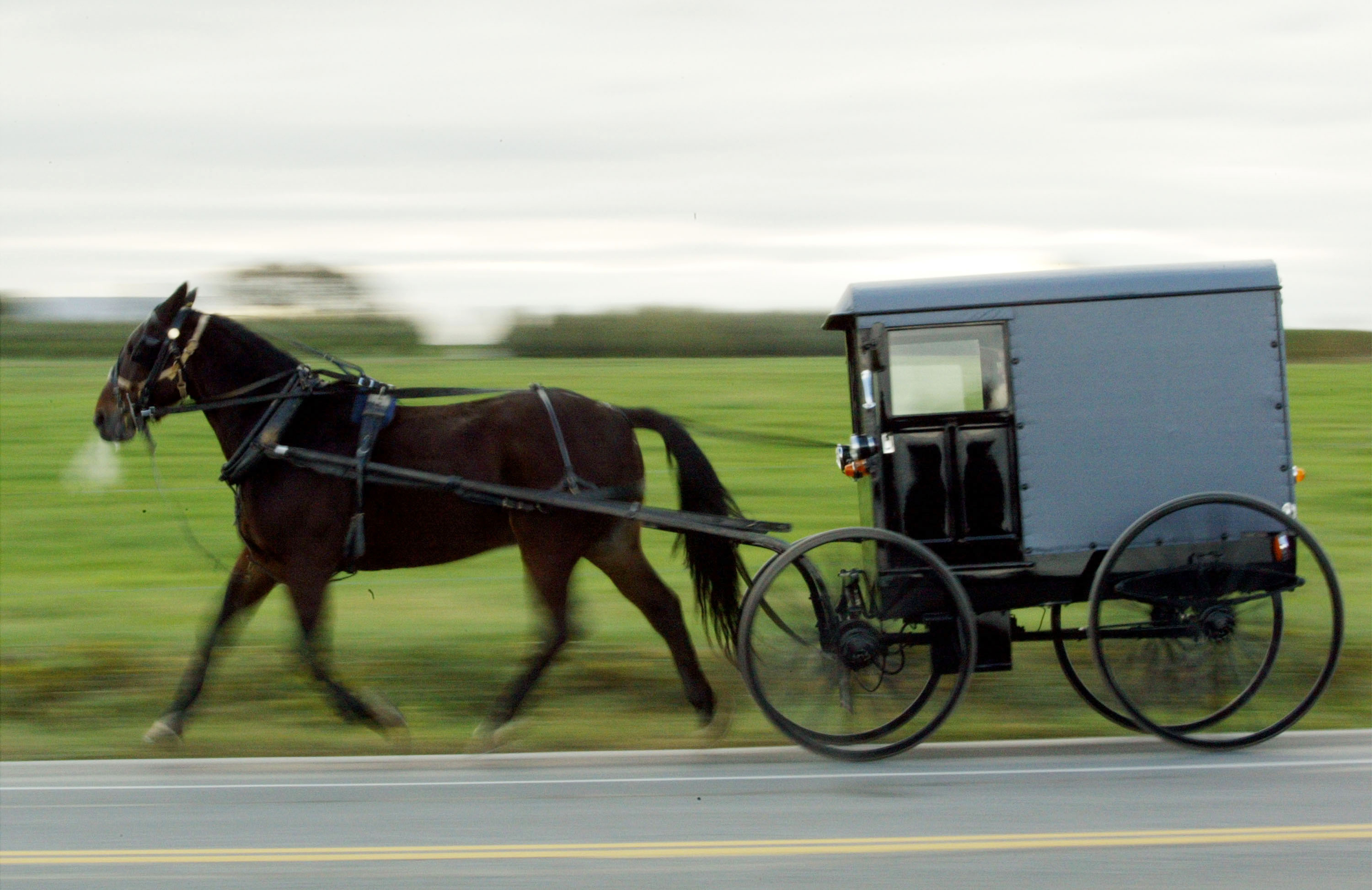 (CBS/WLKY) MAYFIELD, Ky. - You've undoubtedly heard of the Bermuda triangle... but what about the "Amish triangle"?  In this case, it's in Kentucky.

Nine western Kentucky Amish men who refused to display a bright orange safety triangle on the back of their horse-drawn buggies have been ordered to jail, after they also refused to pay court-imposed fines over the matter, reports CBS affiliate WLKY.

The men, who belong to the strict Old Order Swartzentruber Amish sect, object to the triangles saying the bright color violates their modesty code. They said paying the fines would amount to complying with a law they believe violates their religious strictures.

The Kentucky Court of Appeals in June denied the defendants' appeal on the misdemeanor convictions.