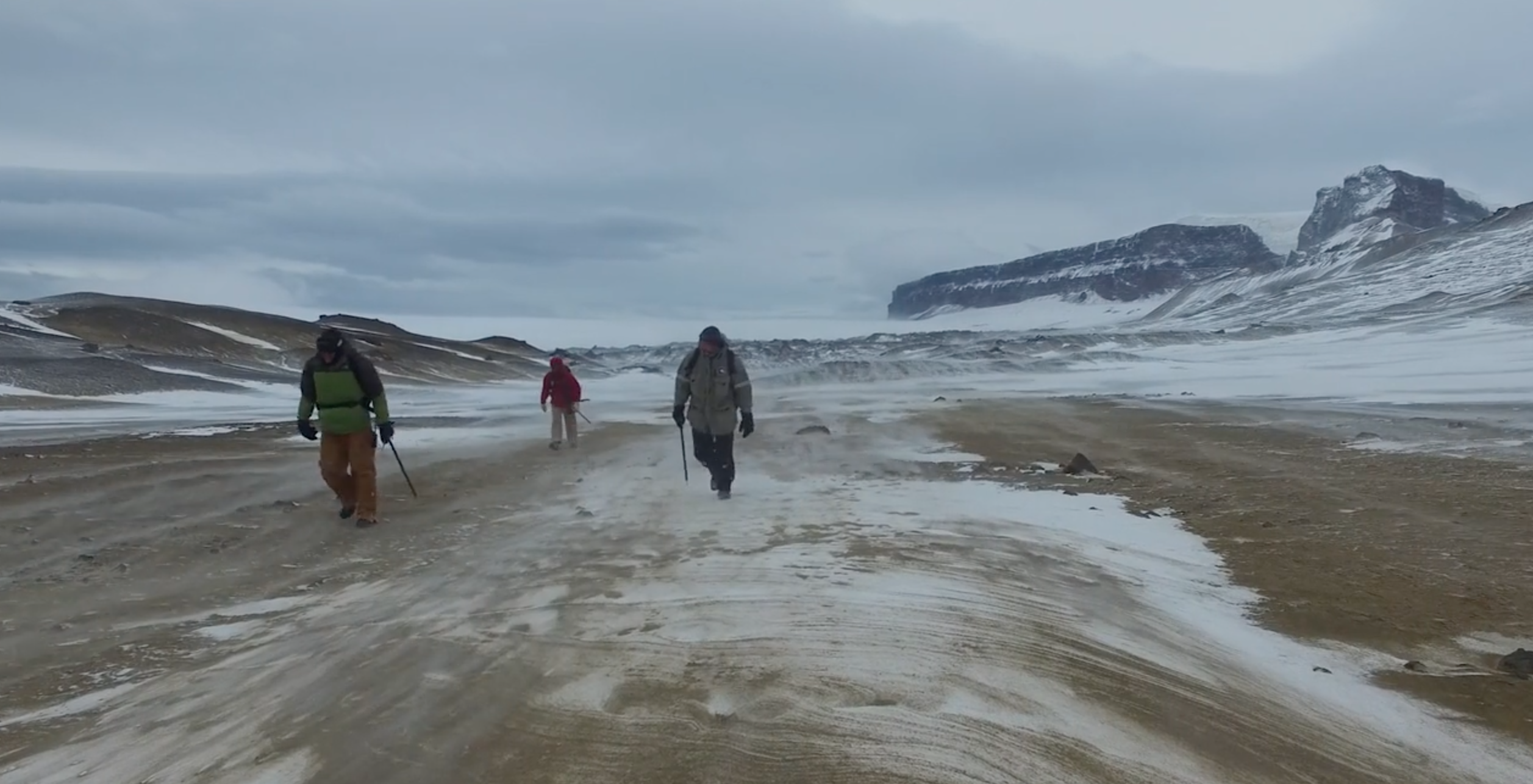 An international research team just made a big fossil discovery in Antarctica, unearthing a haul of remains that date between 67 million and 71 million years old.

"We found a lot of really great fossils," Steve Salisbury, of the University of Queensland School of Biological Sciences, said in a press release. "The rocks the were focusing on come from the end of the Age of Dinosaurs."

Salisbury was one of 12 scientists who traveled to the James Ross Island area in a research trip that lasted from February through March. The research was funded through the National Science Foundation and the United States Antarctic Program. Salisbury was part of a research team that included scientists from the U.S., South Africa and Australia.

Given that they were looking at shallow marine rocks, most of the fossils they found were of ancient ocean-dwelling animals.

"We did find a lot of marine reptile remains, so things like plesiosaurs and mosasaurs -- a type of marine lizard made famous by the recent film 'JurassicWorld,'" he added.

The team also found a few dinosaur remains as well. They hope to publish those findings separately in the future.

Right now, the fossils are in Chile, but will soon be shipped to the Carnegie Museum of Natural History in Pittsburgh, Pennsylvania, for further study.

Salisbury stressed that a lot of the larger bones will need more preparation before research can be conducted on them, and added that it might be "a year or two" before final results of the research are released.

Dr Steve Salisbury - Antartica expedition from The University of Queensland on Vimeo.

The research trip was a little "Indiana Jones" in its globetrotting. To get to the research area, the team had to first fly to South America and then reach the Antarctic peninsula by ship. They used helicopters and inflatable boats to ultimately reach the shore.

"Crossing the Drake Passage can be kind of rough -- some of the biggest seas in the world occur in that area -- so most of us just bunkered down for the time we were crossing it," Salisbury recounted. "I've tried to get to Antarctica to do this research several times before, but sea ice has prevented us from making land."

Salisbury added that the discovery of this fossil haul lays the groundwork for more expeditions in the future.

"We found a lot of new ground to continue the search," he added. "So, we'd all really love to get back down there at some point soon."