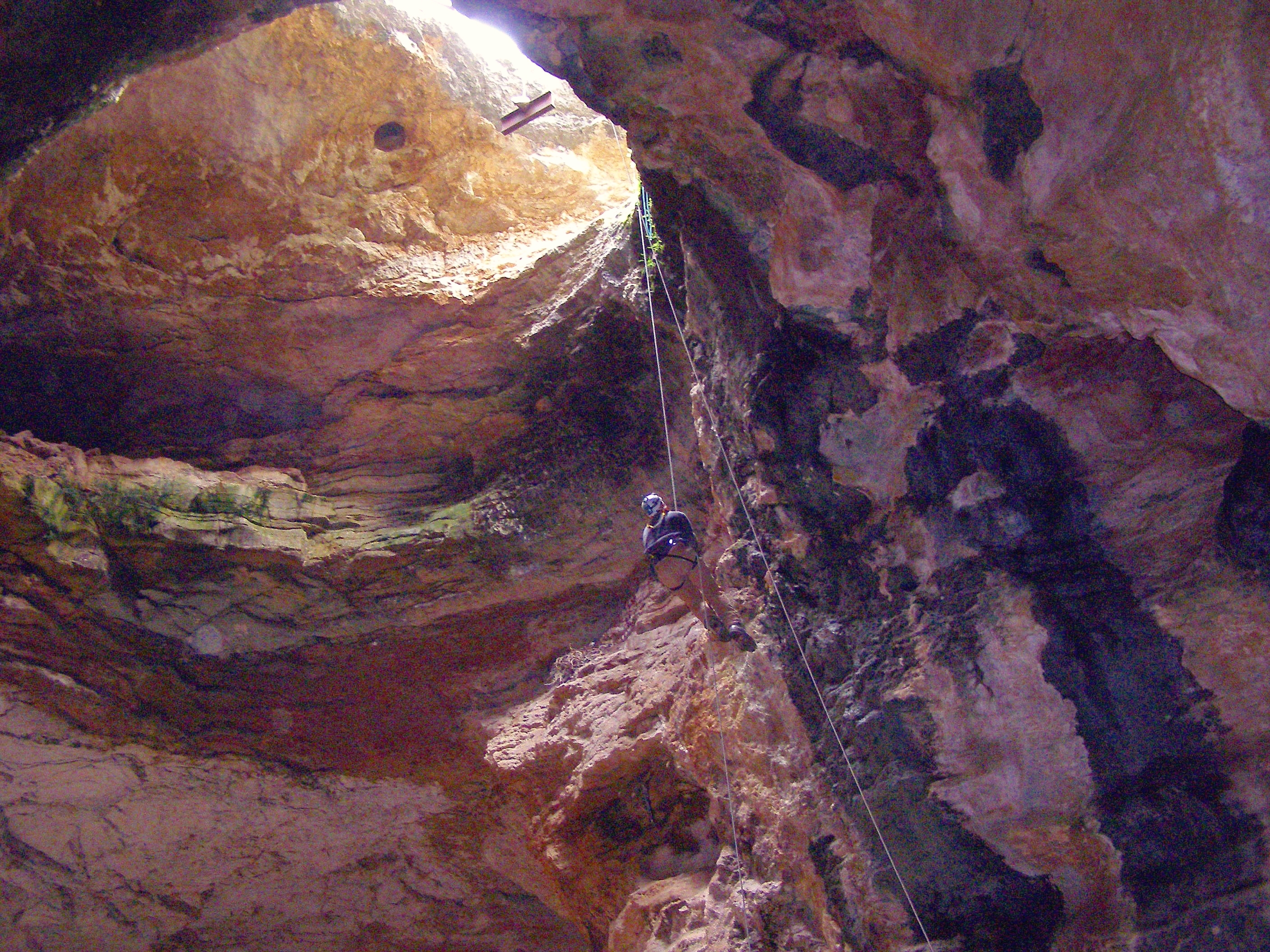 CHEYENNE, Wyo. -- For the first time in more than 30 years, paleontologists are about to revisit one of North America's most remarkable troves of late Pleistocene fossils: The bones of tens of thousands of animals piled at least 30 feet deep at the bottom of a sinkhole-type cave.

Natural Trap Cave in north-central Wyoming is 85 feet deep and almost impossible to see until you're standing right next to it. Over tens of thousands of years, many, many animals - including now-extinct mammoths, short-faced bears, American lions and American cheetahs - shared the misfortune of not noticing the 15-foot-wide opening until they were plunging to their deaths.

Now, the U.S. Bureau of Land Management is preparing to reopen a metal grate over the opening to offer scientists what may be their best look yet at the variety of critters that roamed the foothills of the Bighorn Mountains during the planet's last glacial period around 25,000 years ago.

Des Moines University paleontologist Julie Meachen said she has been getting ready to lead the international team of a dozen researchers and assistants by hitting the climbing gym.

She hasn't done any real climbing before, she said, and the only way in is to rappel down. The only way out is an eight-story, single-rope climb all the way back up.

The cave is perpetually cold and clammy, with temperatures in the mid-40s and humidity around 98 percent. Even Bureau of Land Management regional paleontologist Brent Breithaupt, who isn't one to get the willies from lots of animal bones, describes it as a tad creepy.

"One can only hope that, as a researcher, you're able to leave," said Breithaupt, who visited the cave as a college student the last time it was open to scientists. "It's an imposing hole in the ground. But one that actually has very important scientific value."

Some mammal remains from the cave could be over 100,000 years old, Breithaupt said.

The remote site is exceptionally well preserved. It's far too challenging and dangerous to have been trammeled in by casual spelunkers. The Bureau of Land Management installed the grate to keep people and animals out in the 1970s.

A mound of dirt and rock containing layer upon layer of animal bones rises from the floor of the 120-foot-wide, bell-shaped chamber. Meachen hopes the remains are sufficiently preserved in the cold, sheltered environment to contain snippets of genetic information.

Co-investigator Alan Cooper with the Australian Centre for Ancient DNA at the University of Adelaide will attempt to retrieve fragments of mitochondrial DNA from the bones, Meachen said.

Such analysis wasn't possible the last time scientists dug in the cave and could shed light on how the animals were related to their modern counterparts and each other.

"It's so cold all year long, that it has got just the perfect conditions for preserving DNA, in multiple species, in large numbers of individuals," Meachen said. "Which is not really found anywhere except Siberia and the Arctic."

Starting Monday, scientists plan to re-explore the cavern, dig and extract as many fossils over a two-week period as possible. The researchers will dig by lights powered by a generator at the surface.

A National Science Foundation grant will enable additional excavations in 2015 and 2016.

One goal is to learn more about the Pleistocene extinction, when climate change and possibly the arrival of humans in North America at least 13,000 years ago wiped out dozens of species.

The scrubby, rocky country surrounding the cave probably looks much like it did back then, though the climate may have been cooler and wetter, Meachen said.

The scientists will camp out nearby and venture into the cave more than once a day. Ropes will haul bones up top in boxes, Meachen said.

"I don't think it's necessarily going to be easy," she said. "But I think we're going to be pretty well prepared."