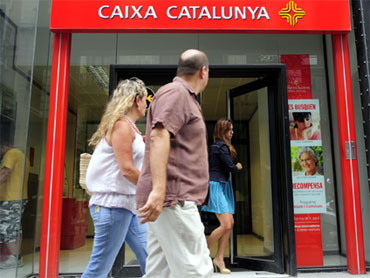 All but 7 of 91 European banks passed the much-anticipated "stress tests" aimed at showing Europe's banking system is sound enough to weather the continent's debt crisis — an outcome that officials hoped would forestall further market turmoil.

It had been thought that some banks needed to fail for the exercise to be accepted as credible, and some analysts still argued that the results showed the tests weren't rigorous enough. Wall Street was trading slightly higher after the news, boosted by strong U.S. corporate earnings.

The European Union said the results "confirm the overall resilience" of the continent's banking system.

Christine Lagarde, France's finance minister, said the tests were "tough" and "very comprehensive and as a result I would suggest that those results should be very credible and should raise the confidence in European banks."

Investors are still poring over the results to see what to make of it all. Fears had been that the scenarios would not be tough enough to reassure markets, and the euro was only slightly down at $1.2873.

The EU said the tests were tough and showed their banking system was resilient enough to weather a slower economy and more turbulance on financial markets.

The Committee of European Banking Supervisors said the seven banks would see their capital positions fall below levels deemed sufficient if there is a steep fall in the price of government bonds many of them hold, a worst-case scenario dubbed a "sovereign shock."

Germany's already-nationalized lender Hypo Real Estate Holding AG failed the strength test, but that had been widely expected. Five unlisted Spanish savings banks failed too, their finances battered by the collapse of a property boom: Diada, Unnim, Espiga, Banca Civica, and Cajasur, which was bailed out by the Bank of Spain in May.

Greece's ATE bank failed too and confirmed that it would go ahead with a capital raising exercise.

In total the seven banks have to raise euro3.5 billion to shore up their finances, CEBS said.

"The stress tests do not seem that stressful and it is looking more like a political whitewash rather than a genuine attempt to reassure financial markets that eurozone banks have balance sheets that could really withstand sovereign risk shocks," said Neil MacKinnon, global macro strategist at VTB Capital.

"They are delaying the day of reckoning," said MacKinnon.

Anxiety about Europe's banks mounted in tandem with the government debt crisis, which eventually led to euro110 billion ($142 billion) international bailout of Greece and a $1 trillion backstop for other troubled governments if they need it.

The worry was the banks were holding government bonds from the likes of Greece, especially as their finances had already been battered by the recession. Banks became more reluctant to lend to each other and many of Europe's banks became more dependent on emergency funds from the European Central Bank for much of their day to day needs.