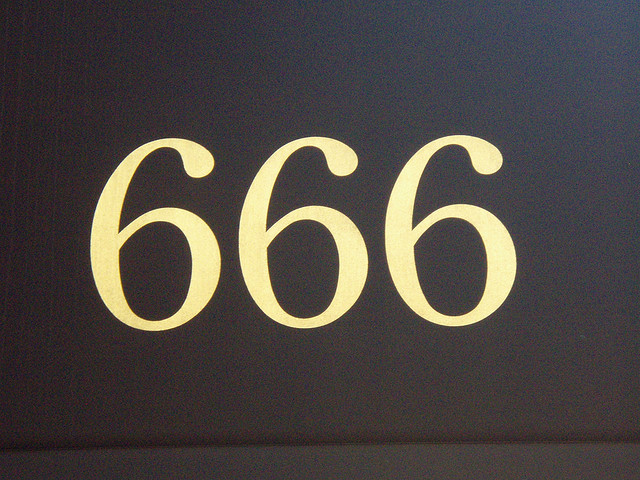 Commentary: Billy E. Hyatt claims Pliant Corp. fired him for refusing to wear a sticker with 666 on it. Now, lest you think that the plant was run by Satan himself, it wasn't a random sticker--the plant had been counting up the number of days in a row they had had without an accident.

Mr. Hyatt has religious convictions that made him not want to wear a sticker with that particular on it. There is no claim that he had any trouble wearing stickers 1-665. Now, let's assume that the facts are as Mr. Hyatt stated them. (And they may not be--things always come out in lawsuits and it's rare that there is truly a "good and holy" party and a "completely evil" party.)  So if these facts are true, more than one person in management at Pliant Corp. believed the best way to handle this request was to terminate Mr. Hyatt.

Think about that for a moment.  This man was fired because he didn't want to wear a sticker.  He wasn't trying to get out of wearing safety equipment.  Presumably he wasn't customer facing, as he worked in the plant.  It's still a sticker.  And it is also one day.

Now, being slightly evil, I probably would have printed up special stickers for the 666th day with devil horns on them or something, but I would absolutely respect an employee who did not think it was funny, and in fact thought his salvation would be at stake for wearing such a sticker.  I, clearly, don't think wearing a sticker would affect his salvation, but I respect that he thinks that.

And that is precisely what Pliant Corp. should have done.  Instead the powers that be took this as a sign that he was rebelling and, as with all rebellions, this one must be crushed right now before....before what?  Before someone comes up with a religious reason for not wanting to wear 759?  Before someone says, "Hey, you didn't make Billy wear a sticker today.  Clearly dress code isn't a requirement, so I'm going to take off my safety gear!"

Hardly.  The reality is, he may have endured some teasing by his coworkers, but other than that, there would have been no problem whatsoever.  Because, it's a sticker.  And therefore it is not a big deal.

What was a big deal was the push back from both his direct supervisor and the Human Resources department.  And they completely overreacted, and as a result they get an extremely expensive consequence.  It doesn't even matter if Mr. Hyatt is legally correct or incorrect, the company still has to pay to defend itself from a lawsuit.  They are being talked about in the media.  Some people may agree with them and some may agree with Mr. Hyatt, but the reality is this isn't a conversation they want.

As a manager, you may have an employee make requests that seem ridiculous.  Before you shout, "I'm the boss!" and "because I said so!" stop and think, "what's the worst thing that can happen here?" because if it's a very strange request, or an inconsequential one, the worst from saying no may be worse than the worst from saying yes.

Pliant Corp. should have agreed to let Mr. Hyatt go a day sticker free.  If they had, no one would be talking about them and they wouldn't be facing an expensive lawsuit.  (Win or lose--fighting lawsuits costs money.)  And no one at the plant would even remember the day when one person didn't wear his sticker.