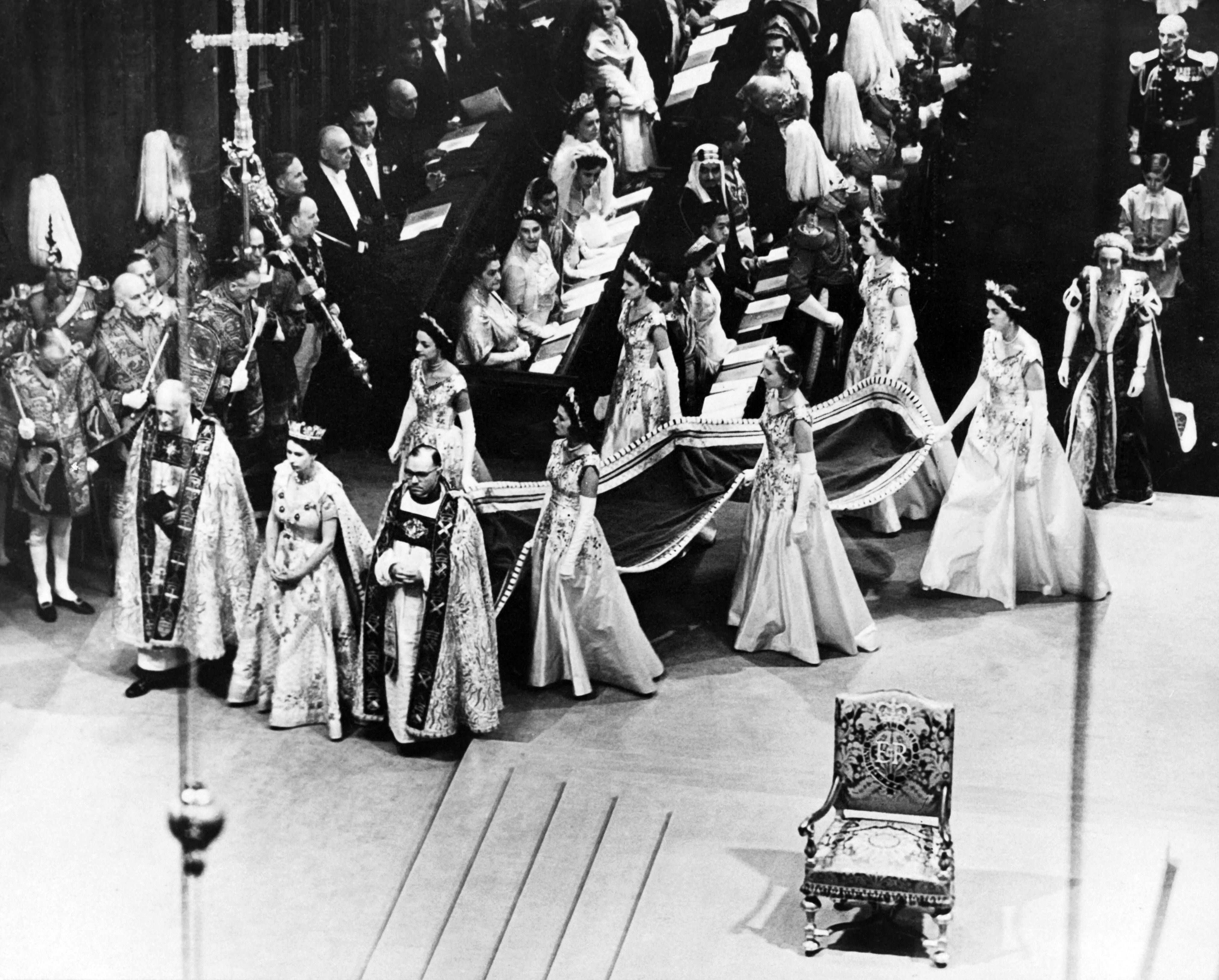 LONDON -- On June 2, 1953, the United Kingdom -- and the world -- turned on their new television sets to watch Queen Elizabeth's coronation. Those were the days before satellite television, and CBS News chartered a Mustang fighter jet to fly the freshly developed film reels to the U.S. in record speed.

Walter Cronkite was the first to broadcast the event in America from a makeshift studio, in a hangar at Boston's Logan Airport.

The images of pageantry and tradition -- and the young, 27-year-old queen at the center of it all -- were unlike any seen before.

Lady Anne Glenconnor walked alongside the queen as a maid of Honor.

Elizabeth has spent the last 65 years getting used to horse drawn carriages and her five-pound bejeweled crown, which she once joked could break her neck.

At 92 years old, she is the oldest -- and longest -- reigning current monarch in the world, and she still keeps a busy schedule.

"She has three engagements over the next 10 days so she's packing it in -- at 92 with no signs really of slowing down," said royal correspondent Roya Nikkhah.

Nikkhah said for a monarchy often seen as a bit stuffy, Elizabeth ushered in an era of change.

"Under the queen's reign the monarch has started paying income tax for the first time," Nikkhah said. "She heralded in the age of social media for the monarchy which was very much her doing. There have been leaps and strides in the monarchy under her watch."

There is perhaps no better example of the queen's leaps and strides than her evolving royal family. Elizabeth inherited a throne that once shamed her uncle for wanting to marry an American divorcee.

Last month's royal wedding of Prince Harry and American divorcee Meghan Markle was a celebration of love and diversity -- and a steady march forward along a path paved by the queen for more than six decades.