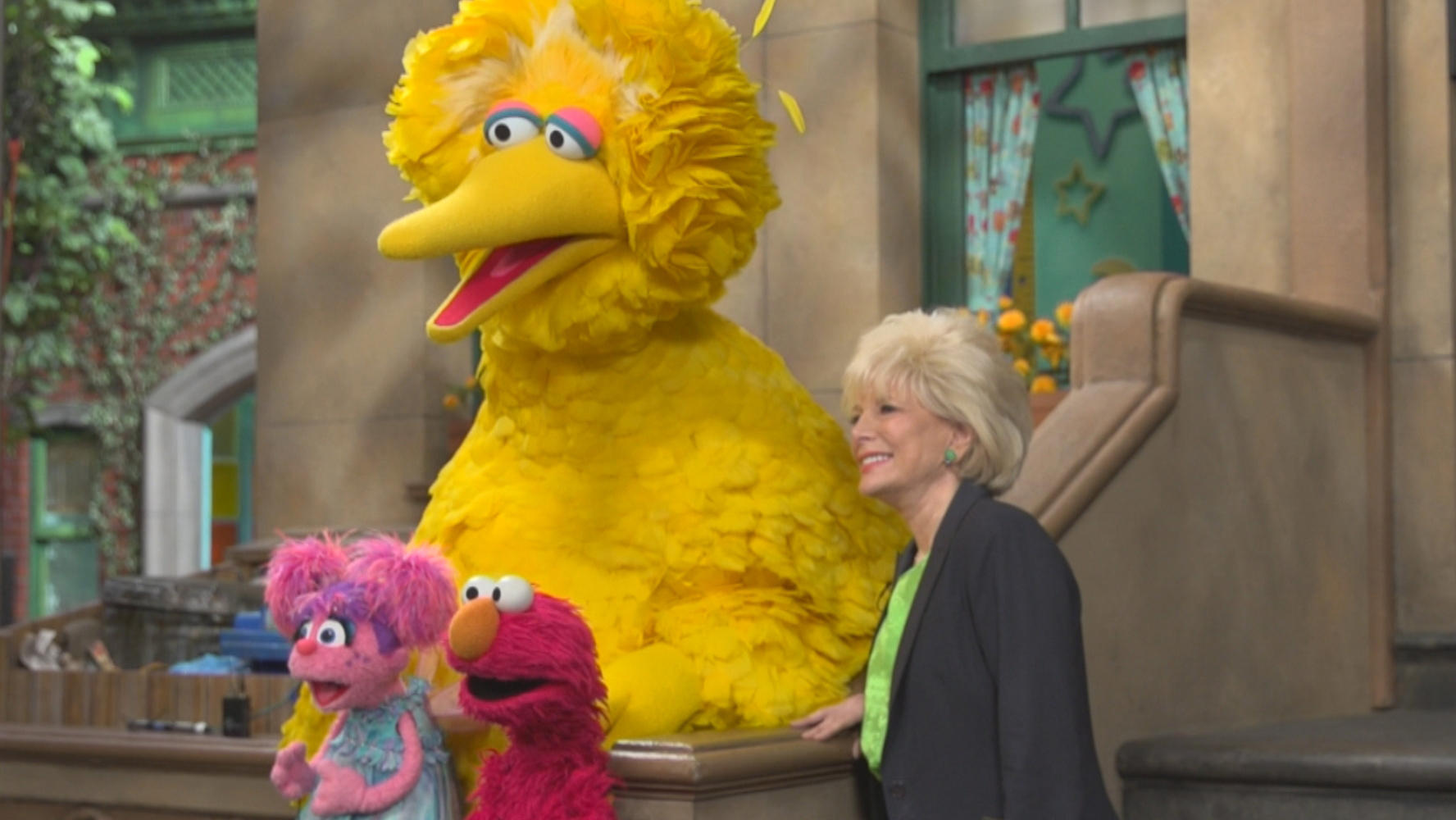 What happens when two of America's longest-running broadcasts get together for the first time? Well, when it's 60 Minutes and "Sesame Street," TV titans come face-to-face. In the above clip, renowned broadcast journalist Lesley Stahl meets fairy-in-training Abby Cadabby, among others.

"Well so do you," Stahl says to Abby's delight.

"Sesame Street's" opening notes and the ticking of the 60 Minutes clock have been in U.S. households for decades. Both programs are approaching their 50th anniversary. In 1969 -- a year after 60 Minutes' debut -- "Sesame Street" began as an experiment that posed the question: Could television be used to educate young children? As Lesley Stahl reports this Sunday, research has shown the answer is yes.

"Today's parents grew up on 'Sesame Street' and their children are watching it too. Wow. That says something about the power of that broadcast." Lesley Stahl

Sesame Workshop, a nonprofit children's television group, has been refining and expanding their educational mission since Day One -- taking on everything from the ABC's and numbers, to race and death. Today, Muppets are as famous and beloved as any human celebrity and some, like Beyoncé and Adele, need only one name.

"Hello, Elmo. I'm so tickled to meet you," Stahl says, a grandmother of two, one of whom, she says, "loves Elmo more than anything on the planet."

"Today's parents grew up on 'Sesame Street' and their children are watching it too,'" Stahl tells 60 Minutes Overtime. "Wow. That says something about the power of that broadcast."