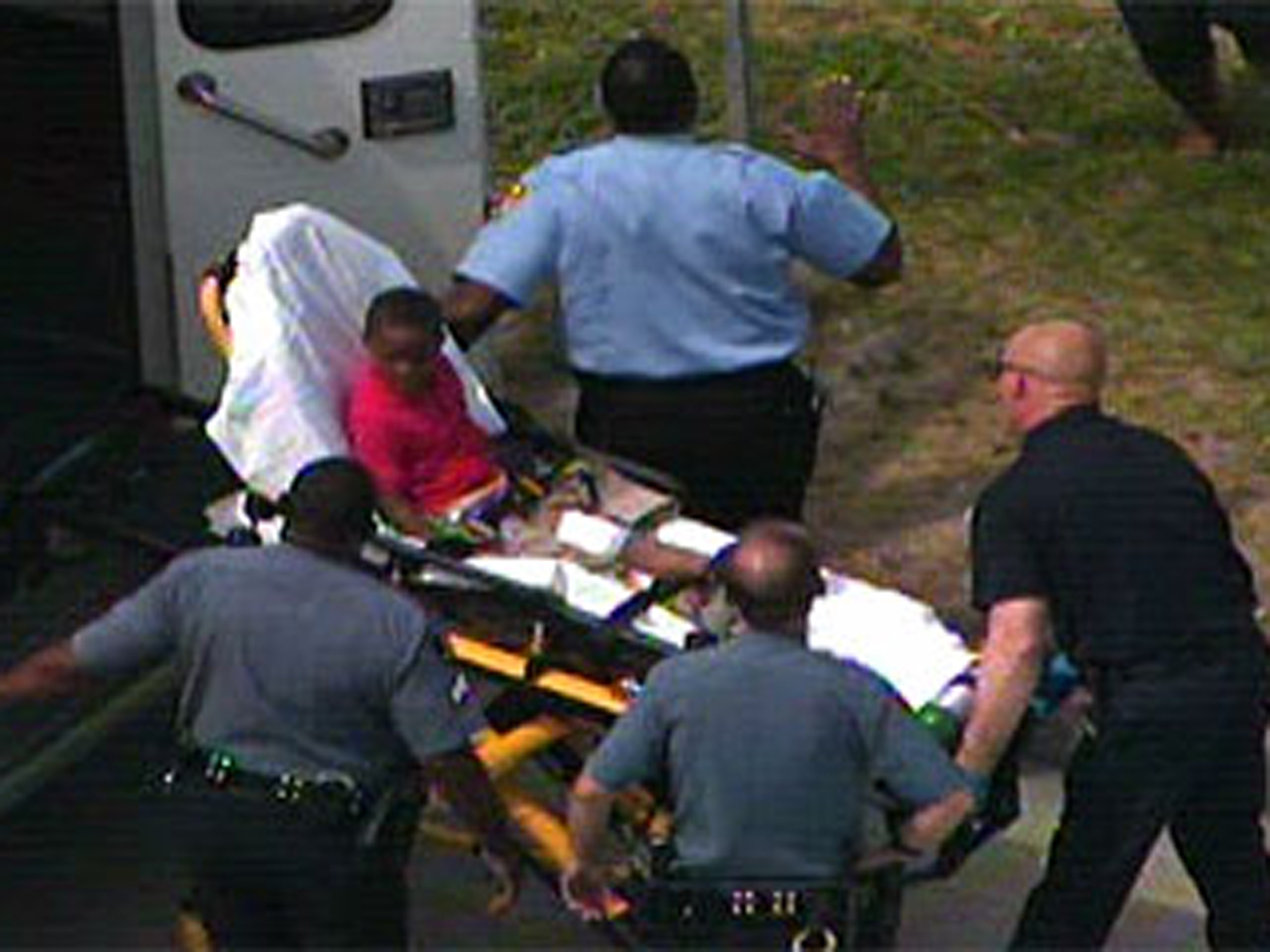 HOUSTON - A kindergartener who brought a loaded gun to his Houston elementary school Tuesday was among three students injured by fragments when it fired after falling from his pocket as he sat down for lunch, officials said.

"Either some type of chips off the floor, or it could be pieces of the round that discharged," Mock said. "They had some cuts and stuff on their legs, they don't appear to be life threatening."

Two 6-year-old boys, including the one who had the gun, were wounded in the foot, said district spokesman Jason Spencer. A 5-year-old girl also suffered a foot injury, Spencer said.

All three children were put on stretchers and taken to ambulances, to be checked out at a hospital. The students were sitting up and appeared to be talking with emergency personnel as they were wheeled away.

"Three of my friends in the classroom, they was crying," she said. "That made me cry too."

Police are investigating how the boy got the gun, KHOU-TV reports. The school was placed on lockdown as a precaution.

Upset parents rushed to the school, where yellow crime scene tape was strung and more than a dozen Houston police and district patrol cars were parked outside as officers investigated where the boy got the gun.

Parents were allowed to take their children home for the day if they preferred to do so, and counselors were on hand as classes resumed for the afternoon, said district spokesman Norm Uhl.

"Although the danger is over, that doesn't make it any less frightening," Uhl said.