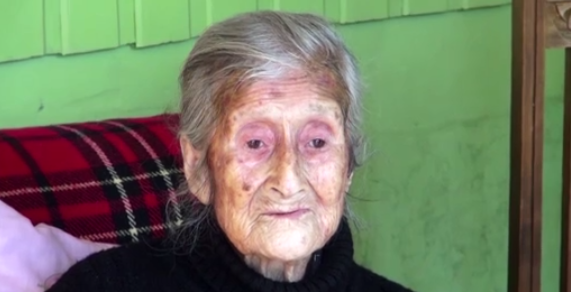 When 92-year-old Estela Melendez went to a hospital in Chile after a recent fall, she received some very odd news. Doctors discovered a calcified fetus in her womb that had been there for over a half century.

According to Reuters, Melendez said that over 50 years ago a doctor had told her she had a tumor in her stomach and it was never removed.

"When they took the X-ray of her, they realized it was a fetus inside of her," Melendez's son Luis said, according to a translation provided by Reuters. The X-ray showed the fetus weighed around 4.4 pounds.

Local reports from Chilean news outlets offered various other explanations for the remains of the fetus. One said it was the result of a botched abortion that Melendez said doctors refused to remove; another said doctors reportedly told her she had cancer and would die in three days so they were unable to operate.

Her son told Reuters he is concerned about the health of his mother. "Imagine all those years. I don't know how something like this could affect her body," he said.

The rare condition is called lithopedion and occurs when a developing fetus dies during pregnancy and then mummifies outside the uterus. Previous instances, including one case two years ago in Colombia, have also involved older women not knowing of the fetus' presence until decades later.

Doctors at the Claudio Vicuna Hospital sent Melendez home and said they will not attempt to remove the fetus, due to the risks of operating on the elderly woman.