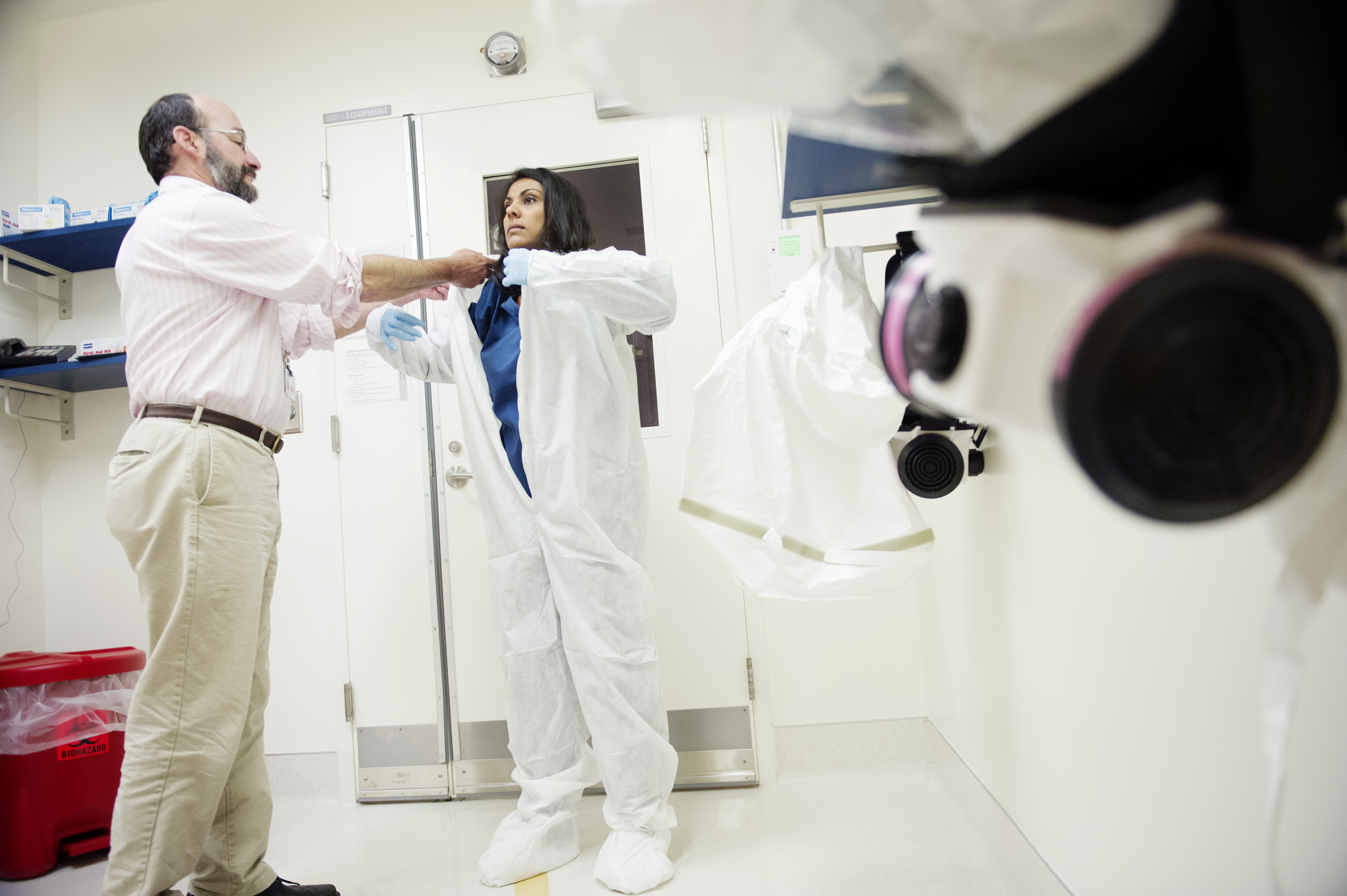 No one is immune to the deadly Ebola virus in West Africa, including the health care workers trying to stop its spread. According to the federal Centers for Disease Control and Prevention, 100 health care workers have been infected so far, about half of whom have died.

But those numbers aren't stopping a group of American doctors from heading straight to the center of the outbreak, CBS News correspondent Elaine Quijano reports.

"I think of it this way: If we have a dangerous war going on at a distant shore, our soldiers don't say 'Hey, we're scared, we're not gonna go,'" said Dr. Nahid Bhadelia. She is headed to the front lines of the Ebola battle: Sierra Leone.

There, Bhadelia will provide expertise on controlling the spread of the disease and personally treat those suffering from it.

"I have a healthy amount of fear and respect, but that fear is tempered by my knowledge about this pathogen and by my background and training," Bhadelia said.

Bhadelia is director of infection control at Boston University's National Emerging Infectious Diseases Laboratory, and one of 50 U.S. health care workers flying to West Africa to try to stop the deadliest Ebola epidemic on record.

"She basically knows what the risk is all about," said Dr. Ron Morales, who helped Bhadelia prepare for her trip.

Bhadelia is bringing a full Tyvek suit, complete with hood and boots, to protect her from physical contact with patients.

"The crux of protecting oneself from Ebola is not getting any of the bodily fluids from the patient onto you," Morales said.

So far, nearly 900 people have died in Guinea, Liberia, Nigeria and Sierra Leone. Once a person is infected, the fatality rate is between 60 and 90 percent.

Among the dead is one of Sierra Leone's top Ebola doctors, a victim of the very disease he was dedicated to fighting.

American Dr. Kent Brantly was flown from Liberia to Atlanta three days ago after testing positive for Ebola. He's now receiving treatment in a special isolation unit at Emory University Hospital. His colleague, aid worker Nancy Writebol was also infected. She was to arrive Tuesday, despite public concern that the disease could hit the U.S.

"I think Ebola occupies this special cultural stress in us because we've seen it in movies and such, you know, but it is another infection, and we've done a wonderful job of dealing with other highly communicable infections, and we will take care of this one, safely," Bhadelia said.

She is confident that, with the necessary resources and expertise, Ebola can be beaten.

The CDC says it will send 50 additional disease control experts to the region by the end of the month.