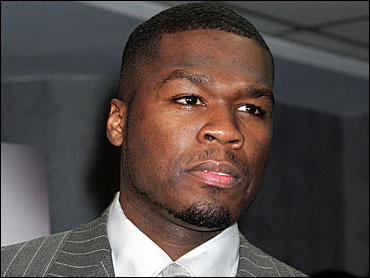 Rapper 50 Cent will not have to testify at NBA star Allen Iverson's assault trial this month, a federal judge ruled Friday.

The lawsuit stems from a fight between members of Iverson's security detail and patrons at a downtown Washington bar in 2005. Two customers sued, accusing Iverson of hitting one of them with a bottle and charging the entourage with assault, conspiracy and other charges.

One of the rap industry's most lucrative entertainers, 50 Cent — whose real name is Curtis Jackson III — was not involved in the fight. But lawyers for the customers said the rapper knew some of Iverson's security detail and could testify at trial about their behavior.

Jackson argued that since he was not involved in the fight and is not named in the lawsuit, he could not be forced to travel from his home in Connecticut to testify at trial, which begins June 27. He lives in a Hartford suburb in a 52-room mansion once owned by boxer Mike Tyson.

A federal judge agreed with Jackson, saying she did not have jurisdiction because he lived more than 100 miles from the court.

The customers are demanding more than $5 million from the security guards and Iverson, a Denver Nuggets guard and a former college star at Georgetown University.

Jackson's albums include "Get Rich or Die Tryin' " and "The Massacre."