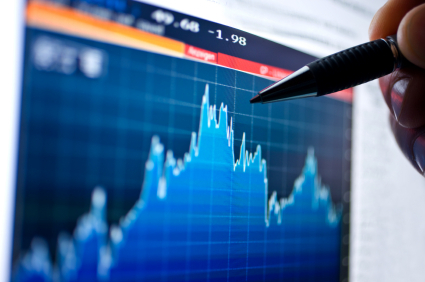 (MoneyWatch) Including dividends, the S&P 500 is up more than 115 percent in three years, the strongest bull market since World War II. And although stocks face significant challenges ahead, LPL Financial still expects another year of gains for the market. Just don't be surprised if those gains come with the return of gut-wrenching volatility like we saw last year.

"Already stocks have surged 9 percent this year (through Friday, March 9), within the range of our 8-12 percent return forecast," says Jeffrey Kleintop, LPL's chief market strategist, in a new note to clients. "In the near term, we believe a modest pullback may be in store for the stock market driven by a combination of factors."

Kleintop highlights five major forces that could cause stocks to fall in the shorter term:

High Economic Expectations. The economic surprise index is near prior peaks, suggesting the bar of expectations is high and economic data is much less likely to surprise to the upside and risks disappointing the market. Rising gasoline prices and relatively flat incomes, along with slowing global growth, raise the risks.

Central Banks Stimulus Ending. The Federal Reserve (Fed) and the European Central Bank (ECB) policy actions are coming to an end. The ECB has completed their refinancing operations and the Fed's Operation Twist is set to end in June of this year -- the end of the Fed's former programs QE1 and QE2 prompted market sell-offs in the past two years.

The Budget Bombshell. The prospects for divided government in 2013 have increased given the latest Senate race polling data. This is critical to the economic outlook. The 2013 budget is already going to have the biggest impact of any budget in decades even if no action is taken in Washington. The fiscal headwind comprised of both tax increases and spending cuts under current policy totals over $500 billion, or 3.5 percent of GDP. The 2013 budget changes, primarily consisting of tax increases, are already in the law and would need to be changed to mitigate or restructure them to be less of an economic drag; if not a return to recession may be looming in 2013.

The Greece Fire. The risk of a grease fire is that it is hard to put out and spreads easily. The market welcomed this week's news of an orderly default for Greece's private debt holders (finding it much more attractive than the alternative). However, Greece is still feeling the heat with new bonds trading at 20 percent, and Portugal stands next in line for a second bailout and a debt restructuring. Portuguese 10-year bonds are trading at about 50 cents on the dollar, reflecting the significant likelihood of default risk having spread beyond Greece. A deepening recession in Europe also raises the risks to investors beyond Europe's borders as demand weakens, affecting both U.S. and emerging market suppliers.

Ultimately, Kleintop expects the market to end the year with gains, helped partly by valuations that are below average. History is also on stocks' side: Since World War II, the average return in the fourth year of a bull market has been 12.7 percent. However, stocks never move in a straight line, and after coming so far, so fast, long-term investors should be prepared to stay frosty in the face of any short-term selloffs.