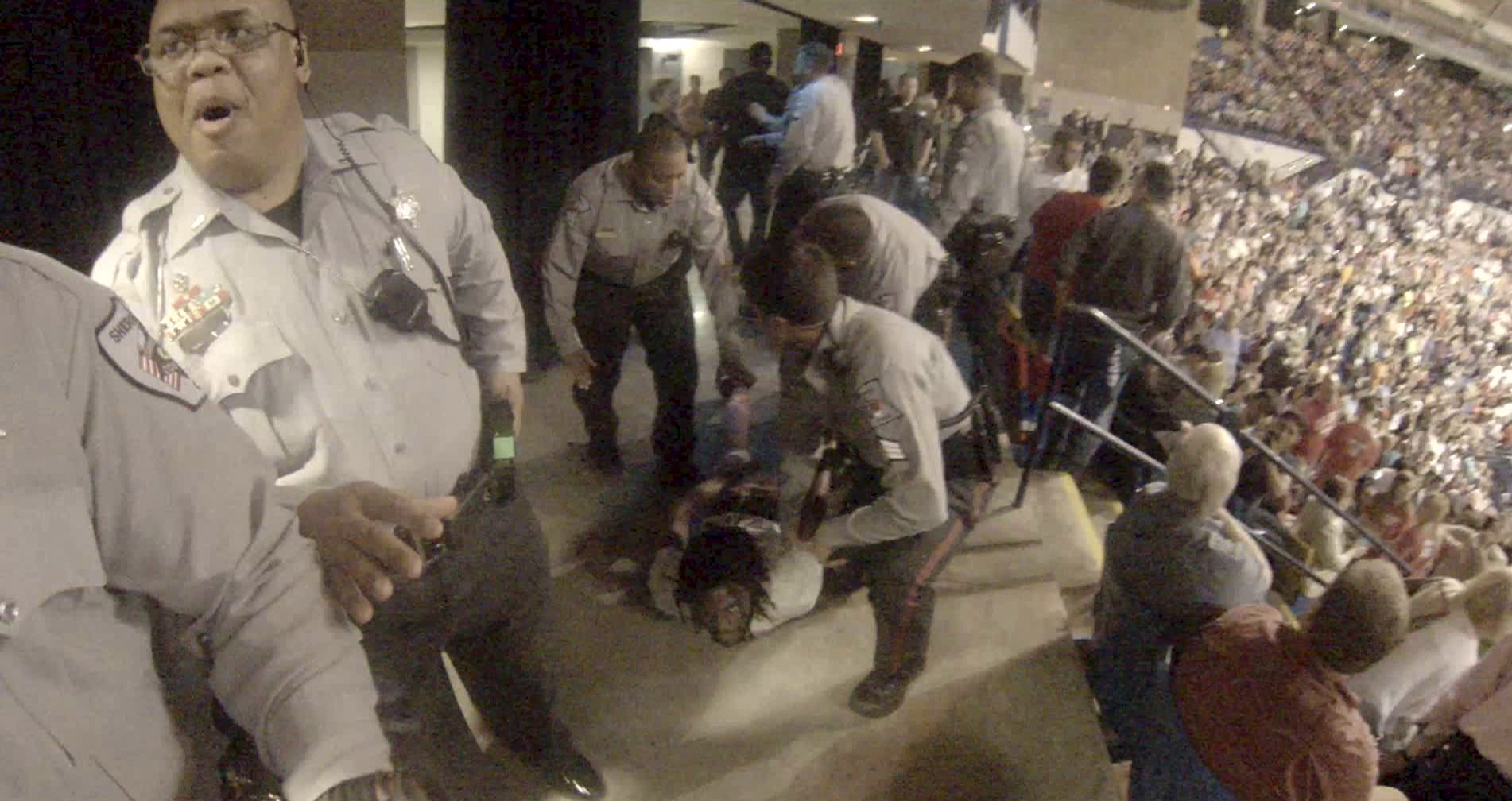 FAYETTEVILLE, N.C. -- A North Carolina sheriff has suspended five deputies for their actions at a Donald Trump rally in which a black man being escorted from the event was allegedly assaulted by a white man.

A statement from Cumberland County Sheriff Earl "Moose" Butler on Wednesday said three deputies were demoted and suspended without pay for five days. Two other deputies were suspended for three days without pay, and all five were put on probation for 12 months.

Butler launched an investigation after a video showed a man with a cowboy hat hitting a black man being led from the arena by deputies March 9. Officials said the deputies had their eyes on the stairs when the man was hit.

A news release from the Cumberland County Sheriff's Office last week said John Franklin McGraw, of Linden, was charged with assault and disorderly conduct after the rally Wednesday in Fayetteville.

The release from last week said the assault victim was being escorted out of Crown Coliseum after disrupting the rally, and deputies had their eyes on the stairs when the assault happened.

"The deputies who did not see the assault continued up the steps with the victim, who was ultimately escorted from the Coliseum," the news release said.

The suspect was arrested Thursday after investigators reviewed a video posted on social media.

Confrontations between protesters, Trump supporters and police have become standard at Trump rallies across the country. And Trump has incorporated reactions to them into his usual stump speech.

Audiences are usually told ahead of rallies in an announcement not to harm protesters -- and instead attract authorities' attention by chanting, "Trump! Trump! Trump!"