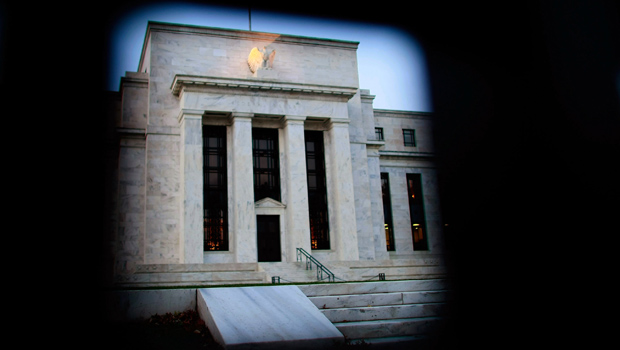 (MoneyWatch) President Barack Obama faces perhaps his most important post-reelection economic decision in choosing who will replace Ben Bernanke as the next chief of the Federal Reserve. The stakes are high, with the economy still struggling to recover and with a Congress seemingly in permanent gridlock and engaged in potentially damaging budget showdowns.

Bernanke's tumultuous term as head of the central bank ends Jan. 31, 2014, with the front-runners appearing to be current Fed vice chairwoman Janet Yellen; Lawrence Summers, who served as U.S. Treasury Secretary under President Bill Clinton from 1999 to 2001; and Donald Kohn, Fed vice chairman from 2006 to 2010. But whoever takes the helm will face critical issues that will shape the foundation and stability of the economy for years to come.

Regulating and monitoring the financial system

One of the most important issues the new Fed chair will face is how to regulate the financial system so that the risk of another financial collapse is minimized. The Dodd-Frank legislation enacted after the crisis lays out a framework for imposing new regulations on the financial system, but it left many of the specifics to regulators. For example, rules to address the problems that led to the runs on the shadow banking system, a problem at the heart of the crisis, are still being developed.

Presently, as a staff report from the New York Fed recently concluded, "no established tools currently exist to mitigate the risk of post-default sales" in these markets. Thus, significant vulnerabilities remain. The new Fed chair could have a large impact on how these regulations eventually turn out depending upon his or her view of the need for regulatory oversight.

There may be other regulatory issues that arise during the new Fed chair's four-year term of office. For example, the regulation of electronic money such as Bitcoin will likely become more and more necessary as electronic money becomes more widespread, and coordination with international regulatory bodies will become increasingly important as the global economy continues to develop.

There is one additional aspect to regulation -- monitoring the financial system -- that is very important. Regulators can't address problems they don't know about. Prior to the financial crisis, Fed officials were largely unaware of the problems that were developing in the financial sector, so they were unable to do anything to head off the crisis and were unprepared when it hit. An extremely important task for the new Fed chair is to oversee the development of new, reliable measures of financial stress that can be used to monitor the financial system. The Fed was very much in the dark when the crisis hit -- it did not have the information it should have had -- and that needs to change.

The Fed's recent difficulty in communicating it's plans for tapering the stimulus that's in place led to considerable volatility in financial markets. Yellen has been leading an effort to improve the Fed's communication with the public, but as the Fed's recent troubles in this area show that effort is far from complete. The Fed has made progress in this area. For instance, it now releases the forecasts of individual members of the Federal Open Market Committee, its monetary policy panel, along with the consensus forecast. But communicating how that forecast relates to its future intentions for the federal funds rate and the degree of quantitative easing has proven difficult.

Prior to the financial crisis, the Fed appeared to be headed for a new monetary policy procedure known as "pure inflation targeting." Under this policy procedure, which according to theory is an effective way to stabilize fluctuations in GDP and employment, the Fed simply stabilizes the inflation rate around its target value, usually 2 percent.

However, the financial crisis cast doubt on the models used to arrive at this conclusion, and standard Fed policy procedures run into trouble in severe recessions when the interest hits the zero lower bound. In addition, other policy procedures, such as nominal GDP targeting, have been suggested as a replacement for the Fed's current policy, and there are also advocates for a higher inflation target.

Furthermore, the Fed needs to decide how it will react if it detects an emerging bubble in the financial market. Assuming the Fed solves the monitoring problem and can detect increasing financial stress, when and how should the Fed do anything to deflate the bubble? And what is the best way to do this?

It seems likely that changes in Fed policy, both in normal times and in severe recessions, will come under discussion, and the new Fed chair will need to be well versed in the academic theory surrounding these issues. Ultimately, the direction the Fed actually takes will be highly dependent on the Fed chair's views on these matters.

Perhaps Congress will deal with our long-run debt problem, but that is by no means assured. If not, then the Fed may come under increasing pressure from lawmakers to monetize the debt, meaning print money to buy back debt from the public. That might produce some inflation, but the Fed will be blamed for that and it saves Congress from tough choices about how to bring the budget into balance.

The Fed's independence is not guaranteed by the Constitution, it is granted by Congress. The central bank's independence, which is already less than perfect, could be compromised by a Congress looking for solutions to the debt problem that won't cost them votes. It is essential for the Fed chair to stand up to Congress and explain why independence from the political process must be maintained.

Structural reform of the system

During the financial crisis, a view emerged that the Fed was far too concerned with the interests of bankers on Wall Street, and not enough with those of the unemployed on Main Street. Sen. Bernie Sanders, I-Vt., has led the effort to reform the system in a way that removes the influence of bankers on the monetary policy committee, in particular by proposing a change in the way Fed reserve bank presidents are chosen. He has recently made noises suggesting that effort is far from over.

The next Fed chief will have to grapple with many other issues. For instance, the population distribution in the U.S. has changed considerably since the Federal Reserve System was created, and there is a need to adjust the system to bring more balance across the regional Federal Reserve banks.

There is, therefore, a good chance that issues involving the structure of the Federal Reserve System will arise during the next Fed chair's term. A leader familiar with the history of the Fed -- the economics and politics behind the way it was created -- and a deep understanding of the institutional structure will be needed.