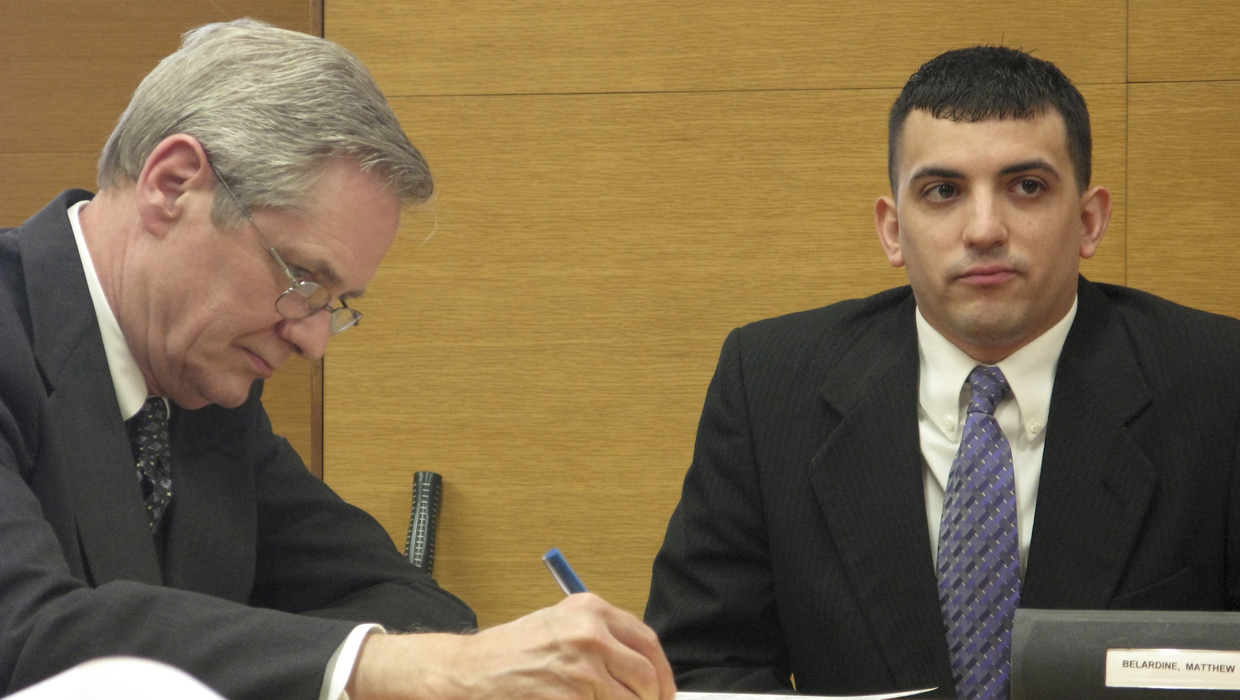 STEUBENVILLE, Ohio - A judge has handed down a 2-month sentence for a probation violation by a volunteer football coach whose Ohio house was the scene of a party that preceded the rape of a girl by two high school football players.

At sentencing Monday in Steubenville, Cosgrove also ordered Belardine to undergo a drug and alcohol assessment and said the defendant will be subject to random drug and alcohol tests until the end of his new probation.

Belardine admitted leaving the state without permission and going to a bar, consuming alcohol, and being arrested on a charge of disorderly conduct in Arizona.

Belardine "did not conduct himself as a 'responsible law abiding citizen' while in Scottsdale, Arizona," contrary to conditions of his probation, according to a filing in Jefferson County court this month by the attorney general's office.

Belardine was one of six people charged last year by a grand jury investigating whether other laws were broken in the case of the 16-year-old West Virginia girl who was raped after an alcohol-fueled house party in August 2012.

In that case, Belardine pleaded no contest in April to one count of making a false statement and one count of enabling underage drinking.

Special Judge Patricia Ann Cosgrove suspended a six-month sentence, ordering Belardine to serve 10 days in jail, one year of supervision and 40 hours of community service. She also fined him $1,000.

Two football players were found delinquent in the rape case; one was sentenced to two years; the other was released after a one-year sentence and rejoined the football team this fall.