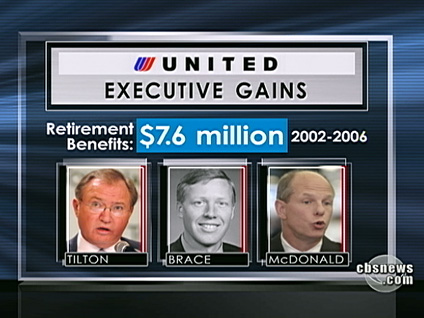 Catching a ball in the air is one of the most dramatic examples of a completely visual activity. For more than four decades, Michael May could only dream of catching a ball or see the faces of his loved ones.

May was just three years old when he lost his sight in a chemical explosion. It seemed he would be blind for life, but new stem cell technology allowed surgeons to bring back his sight — 43 years after his accident. It's like a story from Hollywood.

But, as The Early Show National Correspondent Hattie Kauffman reported, he doesn't see things the way most do.

Like the character that actor Val Kilmer plays in the movie "At First Sight," May's sight is skewed. He can see things well, but he doesn't understand the language of the visual world. He has trouble recognizing objects and faces and things that take a lot of experience to make sense of.

"Taking off the bandages was a very new vista," May said. "First thing I saw was this whoosh of light and black and white instruments in the exam room and my wife."

But even after seeing his wife's face, and his son's faces, May can't readily recognize them.

Mike has the same experience with faces as some may have with distinguishing sheep. To him, human faces all look alike.

Doctor Ione Fine has been tracking May's vision since the surgery. She says visual pathways in the brain withered from lack of use.

Three years after his surgery, May still walks like a blind man — relying on a cane rather than his eyes.

"If I was using my eyes for mobility, I'd have to be looking all the time: Is that a shadow? Is that a curb," he said. "And it would be so much hard work."

In fact, his favorite sport, skiing, was actually easier before he regained his sight.

"All of a sudden there's all this information flying in distracting me, making me tense up," May said. "In skiing, you don't want to do that … I was falling all over the place."

May said vision wasn't as important as he once thought.

"Vision isn't all that its cracked up to be if — a big if — you have developed the other blindness skills to make you a fully actualized person," he explained.

That's the essence of May. He excels at blindness skills — from his talking computer to a new global positioning tracking system he's marketing.

May says he didn't need vision for anything he was doing in business or sports.

May's friend, Brian Bashin, director of the local Society for the Blind, says there's a downside to these operations.

"For the great majority of blind people there are no unusual rare operations like May had," Bashin said. "And if people are waiting for some miracle operation, they will delay learning braille ... how to do a job and get employed, and they will waste their life."

May's daily life hasn't changed that much, but he and his wife, Jennifer, are enjoying the pleasure of vision.

"He sorts the laundry by color now," Jennifer laughed.

"Seeing mountains, sunrises of course, the kids," May explained as the benefit of site. "[Watching] young ladies walking by."