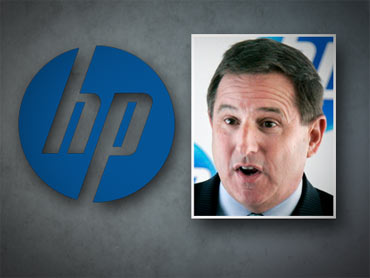 Hewlett-Packard Co. is overhauling its board of directors as the world's biggest technology company by revenue takes heat for the ouster of former CEO Mark Hurd six months ago.

The shakeup announced Thursday is the first sweeping change under HP's new leadership, which was put in place after Hurd's abrupt resignation this summer tanked HP's shares and triggered lawsuits over the size of his severance payout.

The departure of four directors also marks the first major alteration to the makeup of a board that has been at the center of several scandals in recent years, including an episode in which HP paid investigators to spy on journalists and board members to ferret out the source of boardroom leaks to the press.

"Four directors going out at once is unusual. Boards should not have this much drama," said Charles Elson, director of the Weinberg Center for Corporate Governance at University of Delaware.

The current board members who will not stand for re-election at HP's annual meeting in March are Joel Hyatt, John Joyce, Bob Ryan and Lucille Salhany.

Ray Lane, a former Oracle Corp. executive who took over as HP's chairman after Hurd was forced out, didn't give a reason for the executives' departures in a statement released after the market closed.

The news comes on the same day HP said it would investigate the circumstances of Hurd's departure and severance, in response to a shareholder's demand. The investigation will be conducted by outside lawyers and by board members who joined HP's board after Hurd left, including Apotheker.

Hurd was forced out last year over allegations of sexual harassment and inaccurate expense reports. He received a $12.2 million cash payout and has filed papers to sell some $30 million worth of stock that he got by exercising options that were part of his severance. He agreed to give back $14 million in restricted stock to HP to squash a courtroom battle over whether he should be allowed to work at HP rival Oracle. Hurd is now co-president at Oracle Corp.

A spokesman for Hurd declined to comment on the investigation.

Hewlett-Packard said in a Jan. 14 filing in a federal court in San Jose, Calif., that the investigation is in response to a shareholder's demand that the company look into Hurd's departure, as well as the decision by the board to approve his generous severance package.

Hurd's resignation is also the subject of a Securities and Exchange Commission investigation.

Shares of HP, which is based in Palo Alto, Calif., lost 4 cents to $46.74 after the announcement on the board shake-up. In regular trading earlier, it gained 46 cents, or about 1 percent, to close at $46.78 Thursday.