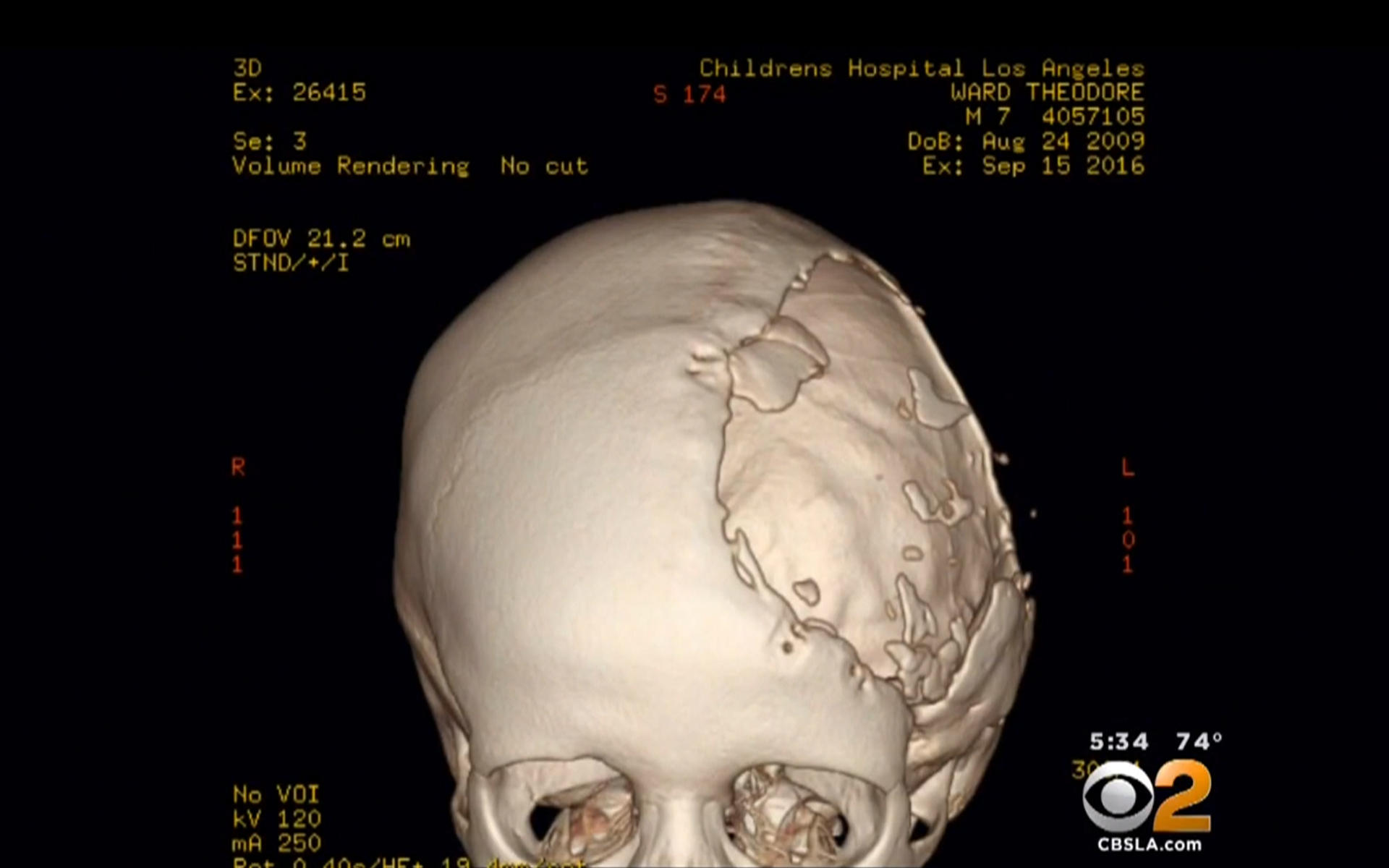 Seven-year-old Teddy Ward is back to being a normal kid again, just a couple of years after a tragic fall almost cost him his life.

Two years ago, Teddy fell down a Topanga Canyon, California, hillside and suffered a traumatic brain injury that left him with a gaping hole in his skull.

“This was a remarkable defect,” his doctor, Dr. Mark Urata, told CBS Los Angeles. “It was close to 50 percent of his skull that was gone.”

Doctors tried a surgery to repair the injury, but it was unsuccessful and Teddy was sent home and told to wear a helmet everywhere he went for more than a year, or risk additional damage.

He also had to tame his sometimes-rambunctious ways, said his mother, Lisa Ward. It meant no play dates and no birthday parties.

“No parent wanted the responsibly of a child without a skull,” Ward said.

An innovative surgery at Children’s Hospital Los Angeles, though, has turned his life around. Last month, the first-grader received a 3D-printed skull implant that fits perfectly with his existing skull bone structure. The implant is no ordinary plastic — it’s made from a material called PolyEtherEtherKetone (PEEK), which has roughly the same physical properties as a real skull.

The surgery was successful and Teddy is now back to being an active kid.

“I put the word out literally a few days ago, that Teddy is available for sleepovers,” said his mom.

Doctors say Teddy can now participate in all of the same activities as other kids, with one exception: no playing football.