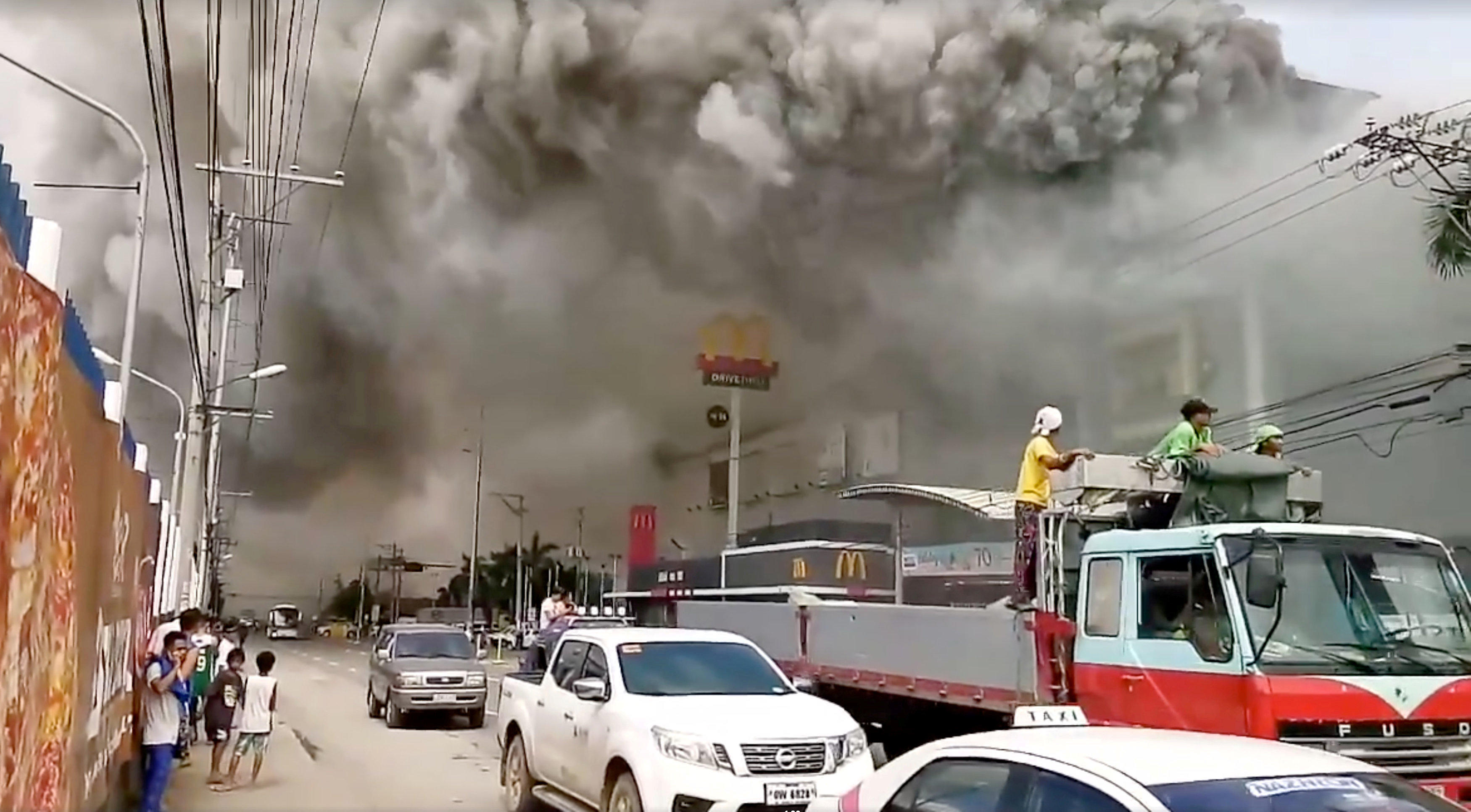 DAVAO, Philippines -- Philippine firefighters recovered one body from a burning shopping mall Sunday and there was "zero" chances of survival for 36 other trapped people inside the four-story building in southern Davao city, an official said.

Mayor Sara Duterte-Carpio said firefighters told distraught relatives of the 36 trapped employees of a business outsourcing company at the top floor of the NCCC Mall that nobody could survive the extreme heat and thick black smoke.

"They were told that the chances of survival are zero," she said, adding that one of those trapped may be a Chinese or a South Korean, based on the name.

It is unclear when firefighters can break into most areas of the mall, where the blaze was put under control Sunday morning although smoke continued to billow from the building. The firefighters won't stop until all those reported missing are found, Duterte-Carpio said.

Investigators will determine the cause of the fire and the prospects of criminal lawsuits against the mall owners and officials would depend on the outcome of the investigation, said the mayor, who is the daughter of President Rodrigo Duterte.

Duterte, the mayor and Roman Catholic Church officials went to the site and met with relatives of the trapped office employees late Saturday and asked them to pray. The president was photographed wiping his eyes with a handkerchief, his head bowed, at an emotional moment with the relatives.

The mall's marketing manager, Janna Abdullah Mutalib, said the fire started Saturday morning at the third floor where clothes, appliances and furniture are sold, after a storm hit Davao and flooded parts of the city. Except for a grocery at the ground floor and the business outsourcing company at the top floor, the shopping areas were still closed to the public when the fire started mid-morning, preventing a bigger tragedy amid the peak Christmas shopping season.

Duterte served as Davao mayor for many years before being elected to the presidency last year.

It's been a difficult year for the tough-talking, 72-year-old leader, who faced his most serious crisis when hundreds of pro-Islamic State of Iraq and Syria (ISIS) extremists laid siege on Marawi city, also in the southern third of the Philippines. He declared martial law in the south to deal with the insurrection, which troops crushed in October.

The storm that blew out of the southern Philippines Sunday reportedly left more than 120 people dead with 160 others still missing.