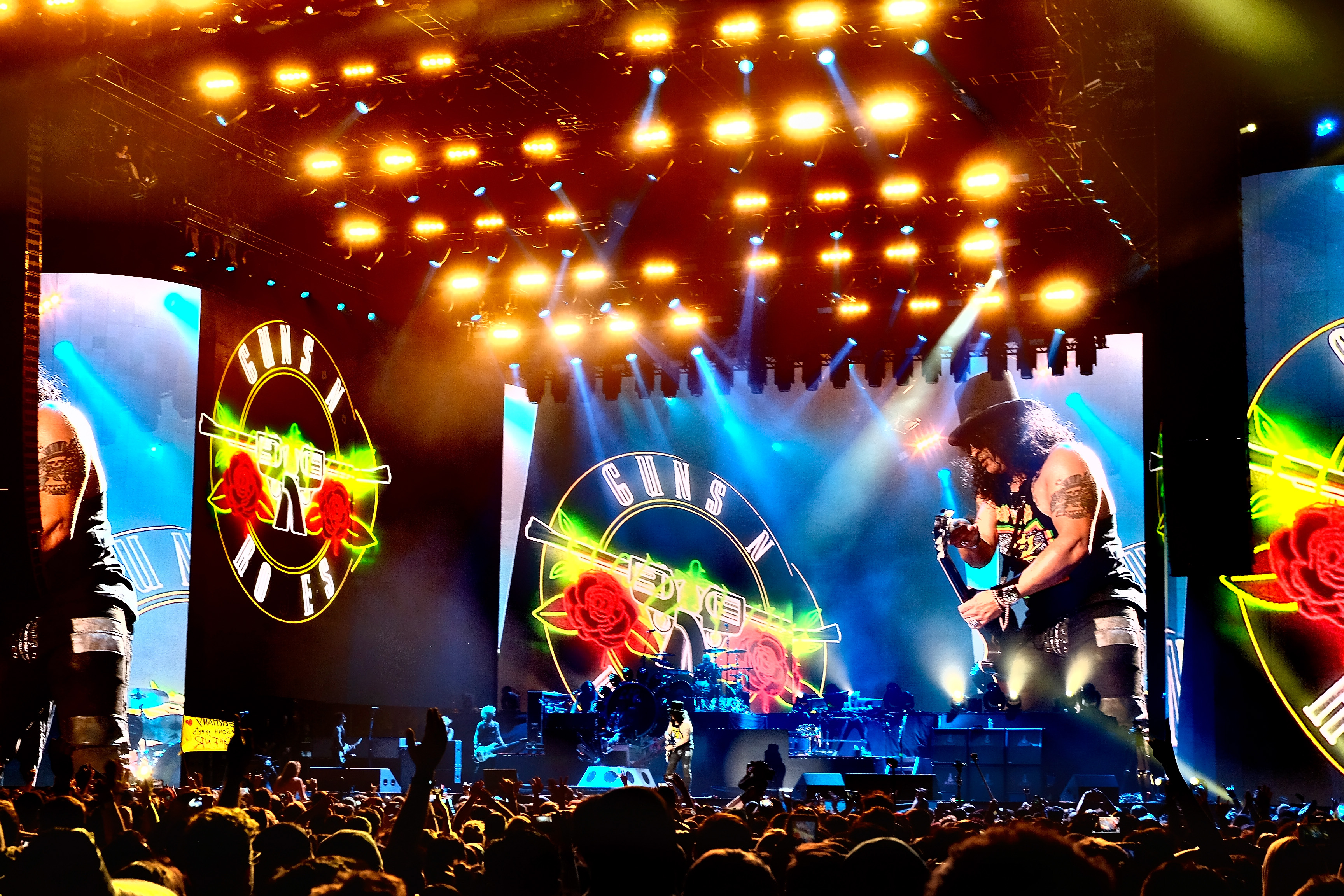 Police say more than 40 people were arrested at two Guns N' Roses concerts in New Jersey over the weekend on a variety of charges including assaulting police and selling items without a permit.

Police told The Record on Tuesday that state troopers arrested 29 people on Saturday, including a woman accused of assaulting two officers, and 18 more on Sunday. The shows took place at MetLife Stadium in East Rutherford, outside New York City. Twenty-two of those arrested were charged with disorderly conduct.

The most popular offense was solicitation, for which there were 11 arrests, plus another nine for disorderly conduct. Two attendees were arrested for simple assault, and one woman was taken into custody for assaulting an officer.

Other offenses included resisting arrest, harassment, criminal trespassing, making terroristic threats and "open lewdness." There was one drug-related charge, for a person found in possession of less than 50 grams of marijuana.

Information on the other arrests was not immediately available. The reunited '80s rock band heads to Atlanta next, and its "Not in This Lifetime" reunion tour continues through November.