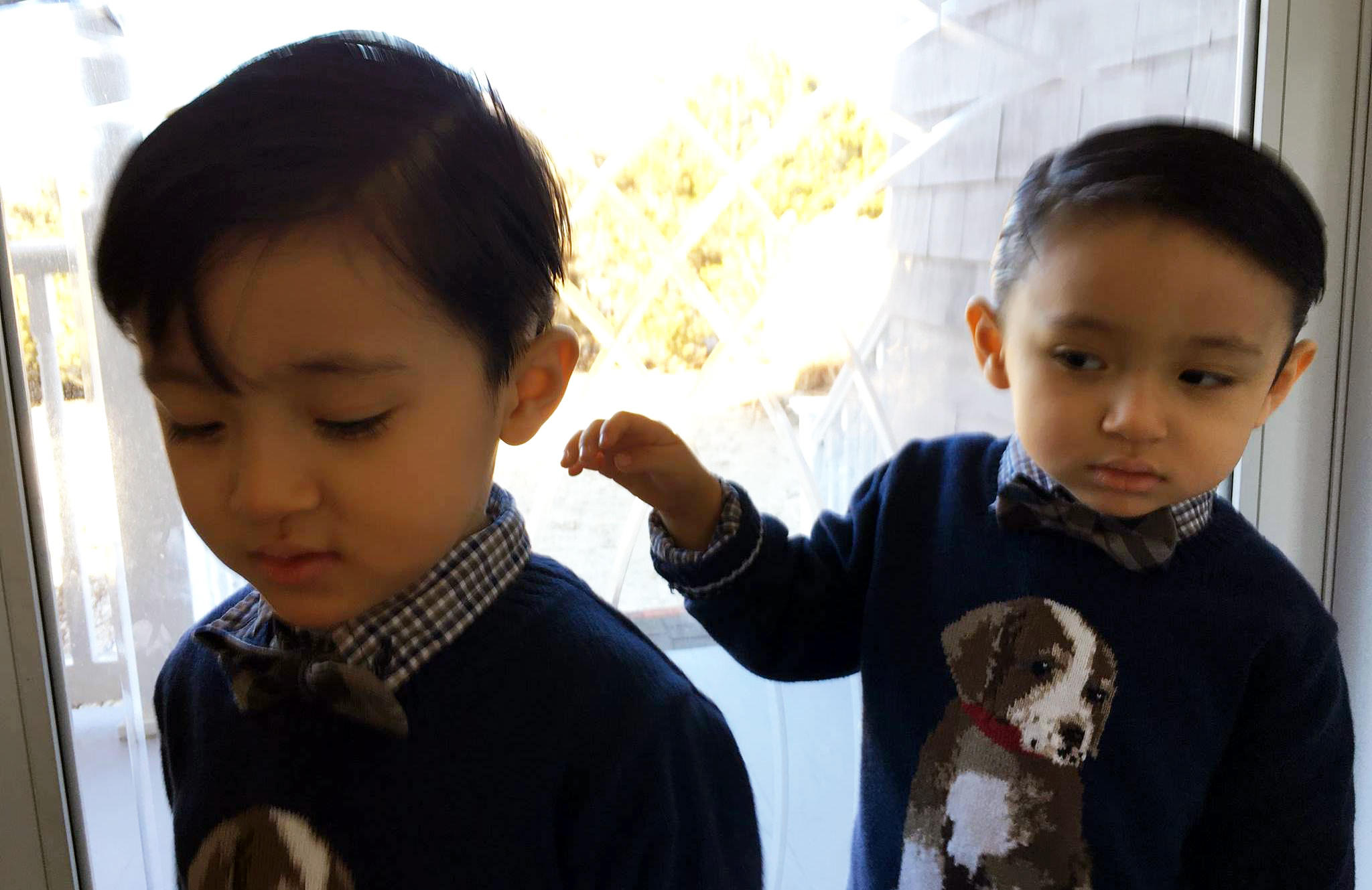 First responders arrived at the Melville home around 8:45 a.m. on Wednesday.

The incident began when the mother woke up and saw her 5-year-old son, but discovered her 3-year-old boys missing.

The mother looked out the window and saw one of the children floating in the backyard swimming pool. She called 911 and administered CPR.

When authorities arrived, the mother told them she couldn't find the other twin boy. Firefighters found him at the bottom of the pool.

Authorities said the pool was so green and murky that the mother couldn't see the toddler.

"My members described it as that they just could not see at the bottom of the pool," Melville Assistant Chief David Kaplan said. "Four of our members immediately went into the pool and within a few minutes after being in the pool, because there was very little visibility in the pool, they were able to locate a second child. That child was pulled from the pool and we began life-saving treatment on the second child also."

Officials performed CPR on the toddlers as they were rushed to the hospital, but they did not survive.

Neighbors said the family moved into the house one month ago and it was undergoing renovations.

The pool was filled with algae and may have been closed for the season. Its unclear how the boys got out of the house.