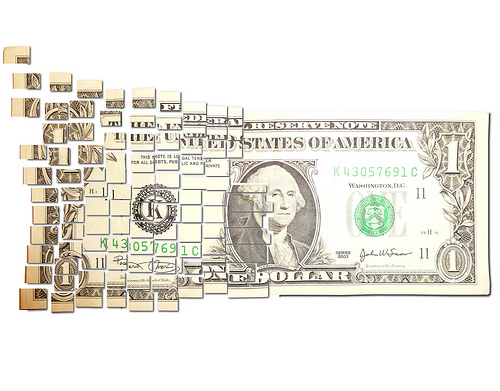 The next financial bubble to burst could be loan debt owed by U.S. college students. That's just one risk confronting the country's higher-education system, according to a new Standard & Poor's study (no public link) that examined the nation's college affordability crisis.

1. Inadequate household income. Students are struggling to pay for college because their families' stagnating income hasn't kept up with college prices. During the past decade, average U.S. household income fell from $64,232 to $60,395. That's about what New York University costs for one year.

3. Skyrocketing student debt.Student-loan debt has ballooned, while more borrowers are defaulting on their obligations. College freshman are taking out nearly double the level of loans they did a decade ago. Federal data show that 8.8 percent of all students with federal loans, who needed to begin repaying their debt in a one-year period beginning in October 2008, failed to do so. That's the highest default rate since 1997.

Such figures reflect the growing financial hardships on young people pursuing a college degree. But it's not a foregone conclusion that the higher-education system is set for a fall.

As long as colleges and universities enjoy a monopoly on credentialing -- namely, the bachelor's degree -- it's hard to imagine that the higher-ed world will face the same struggles that the American auto, steel, and newspaper industries have experienced, just to name a few sectors buffeted by change in recent decades. People may no longer hit their local Blockbuster for movies anymore or buy a newspaper to check stock quotes, but the educational and professional benefits of attending college remain significant.

What is protecting the higher-ed world from losing their "customers"? That a bachelor's degree, while no longer the ticket to financial security it once was, is still helpful in getting a good-paying job. A diploma signifies that job candidates had their act together enough to survive college, and most employers still expect applicants to have degrees.

Of course,  as I've previously written, there are visionaries out there working to offer Americans an alternative to a college degree. But for now, colleges and universities are safe.