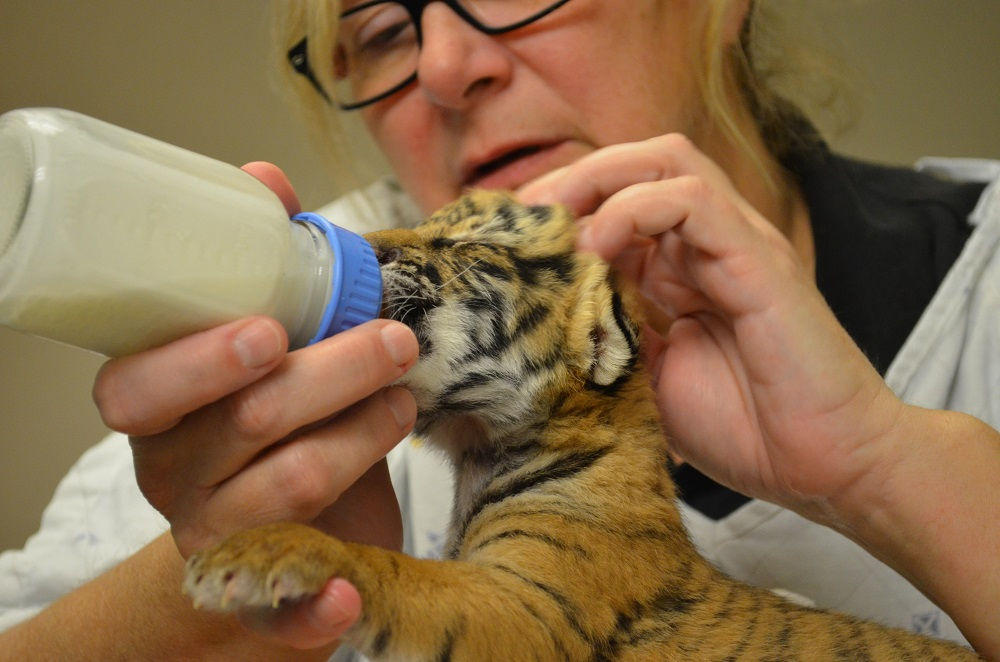 Three newborn Malayan tigers are not only adorable new residents at the Cincinnati Zoo, but they are also genetically valuable for bringing diversity back to the species, scientists said.

The three cubs were born at the zoo on Feb. 3 to first-time mom Cinta, the second-most genetically valuable female, and 15-year-old Jalil, the third-most genetically important male. The combination of these two lineages gives the cubs much-needed genetic diversity in the Malayan tiger (Panthera tigris) population, according to Cincinnati Zoo & Botanical Garden officials.

The International Union for Conservation of Nature (IUCN) labels the Malayan tiger as “critically endangered” on its Red List of Threatened Species. In 2015, the IUCN found that the population of Malayan tigers had decreased by 25 percent in one generation (seven years), and that fewer than 250 mature individuals remain. [Photos: World’s Cutest Baby Wild Animals]

To further conservation efforts and ensure the species’ genetic diversity, officials at the Cincinnati Zoo wrote in a blog post that once grown, the three tigers will be bred as part of the Malayan Tiger Species Survival Plan (SSP), a collaboration between 28 accredited zoos that support the species.

For now, the cubs are being cared for in the zoo’s nursery, zoo officials said. Cinta’s maternal instincts didn’t immediately kick in, according to zoo officials, so the cubs were removed from the den to keep them safe and warm.

“It’s not uncommon for first-time tiger moms not to know what to do. They can be aggressive and even harm or kill the cubs,” Mike Dulaney, curator of mammals at the Cincinnati Zoo and vice coordinator of the Malayan Tiger SSP, said in a statement.

However, Dulaney assured that the three cubs will grow up together. After they are weaned, the cubs will leave the nursery and move to the zoo’s Cat Canyon. There, the tiger siblings can run and play in the outdoor habitat, where visitors can come and see them in early spring.