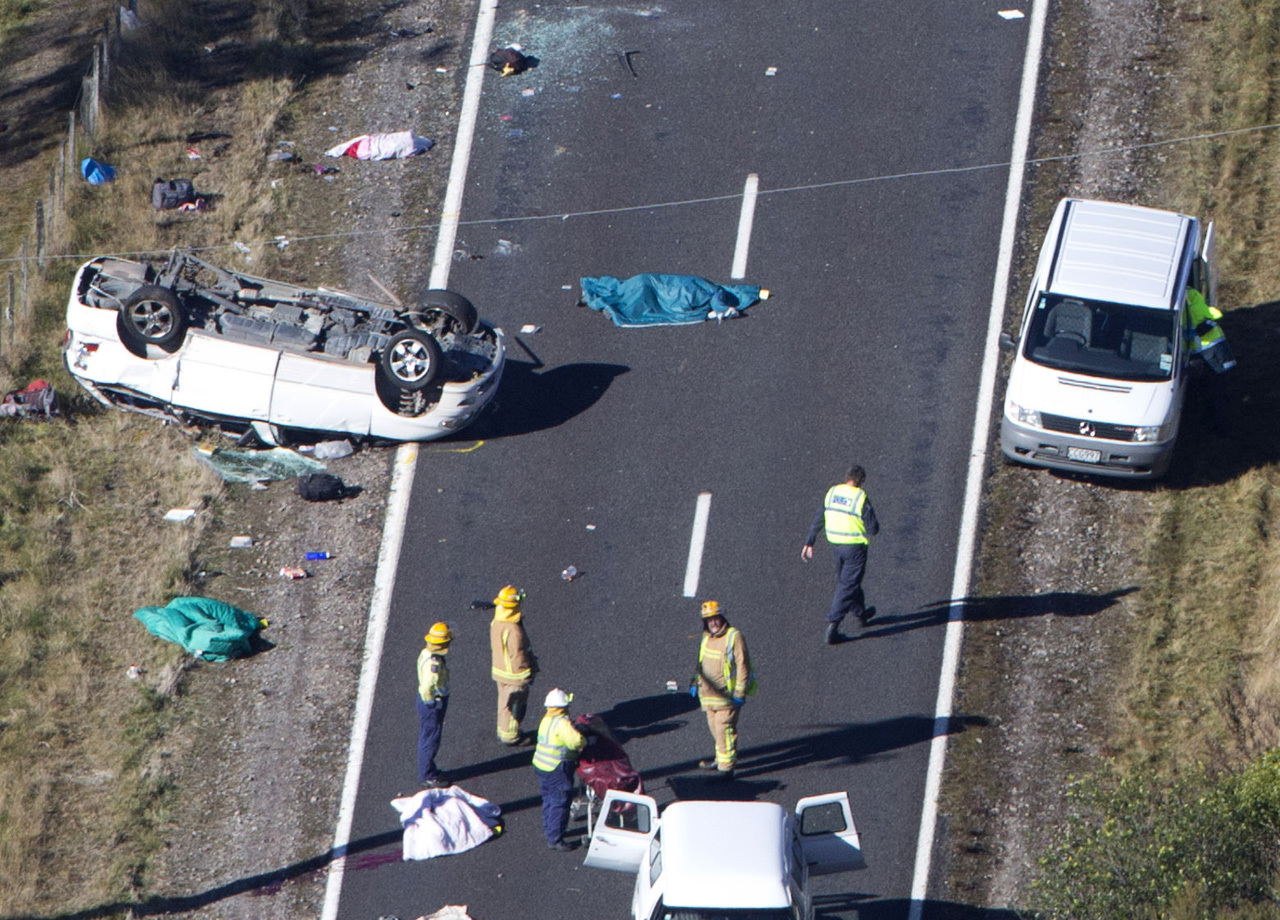 (AP) WELLINGTON, New Zealand - Three Boston University students who were studying in New Zealand were killed Saturday when their minivan crashed. At least five other students from the university were injured in the accident, including one who was in critical condition.

The students were traveling in a minivan at about 7:30 a.m. Saturday near the North Island vacation town of Taupo when the vehicle drifted to the side of the road and then rolled when the driver tried to correct course, New Zealand police said.

Three of the students died at the scene, police said. Another woman was in critical condition at an area hospital, while at least four other students suffered moderate injuries.

Another BU student, Margaret Theriault, was airlifted from the crash site to a hospital in Taupo and was in critical condition, the university said.

"This is a horrible tragedy," Boston University President Robert Brown said in a statement on the website. "Our prayers go out to the students and their families. We will do all we can to provide comfort and assistance to those who have been injured, and to the families and friends of the victims. The university is mobilizing all of our resources to help our students and families deal with this tragedy."

A candlelight vigil was planned for Saturday evening at the university.

Sixteen students were traveling in two minivans, on their way to hike the Tongariro Crossing, a famous trek rated as one of the most spectacular in New Zealand. The hike crosses a volcanic crater in the central part of North Island.

Kevin Taylor, a police official, said it was not clear why the van drifted to the side of the road. He said some of the students were thrown from the vehicle, indicating they may not have been wearing seat belts.