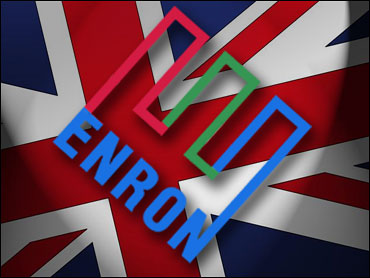 Three British bankers may be extradited to the United States to face Enron-related fraud charges, the High Court ruled Tuesday in a judgment marking the first test case of controversial laws introduced to speed up the transfer of suspected terrorists.

David Bermingham, Gary Mulgrew and Giles Darby, former executives at Royal Bank of Scotland Group PLC unit Greenwich NatWest, had argued that since the majority of the alleged offenses took place in Britain, any trial should be held here and that their deportation to the United States would contravene European human rights laws.

However, the High Court ruled that it would be "unduly simplistic to treat the case as a domestic English affair" and dismissed the trio's application for a full hearing of the case.

The three had already appealed to a lower court against the decision by the British government to grant the request from the U.S. government for their extradition in May.

Outside the court, Mulgrew said he was "shocked and bewildered" by the verdict.

"It's an historical verdict, but historical for all the wrong reasons," he said, flanked by Bermingham and Darby.

Shami Chakrabarti, a spokeswoman for the civil rights group Liberty, said the case highlighted the misuse of the 2003 extradition act, which drastically reduced the evidence required from U.S. officials seeking to extradite suspected felons.

"This is a sovereign government trading away the rights and freedoms of its people as another supine step in this so-called special relationship," she said. "It smacks of politics rather than justice."

The judges did agree to the trio's request to certify that the case raised issues of general public importance, the first step toward seeking appeal to the House of Lords, Britain's highest avenue of appeal. Lawyers for the trio must lodge an appeal within 14 days.

The three men, all British citizens, were charged in the United States in 2002 with bilking National Westminster Bank of $7.3 million and each face seven counts of wire fraud.

They allegedly advised NatWest in 2000 to sell part of an Enron Corp. business it owned for less than the stake was worth in a scheme allegedly devised with both Andrew Fastow, former finance chief of the collapsed energy-trading company, and his colleague, managing director Michael Kopper.

The three men then left NatWest, bought into the Enron business themselves and sold it off for a much higher fee, pocketing about $2.6 million each in the process, according to prosecutors.

Enron filed for bankruptcy in 2001 after revealing that it inflated its profits and filed false accounts to hide debts.

In their appeal, the three claimed that Britain's Serious Fraud Office, not the American authorities, should investigate the case and any subsequent trial should take place in Britain.

They also argued that being forced to stand trial in Enron's home state of Texas would be unjust and incompatible with European human rights law.

Their lawyer, Alun Jones, had argued the extradition order was legally flawed because the lower British District Court had wrongly accepted the argument by U.S. authorities that once they had decided to prosecute in America, the British authorities should give way.

"The fact that the defendants could be prosecuted here, and that there would be consequential advantages and disadvantages from the prosecution and defense perspectives, does not amount to an exceptional circumstance," they said in their judgment.

The three men were also ordered to pay legal costs, including $76,800 to the U.S. government. Other costs to the Serious Fraud Office and the British government have yet to be assessed.

When Britain signed an extradition treaty with the United States in 2003, the government said it was about speeding up the process of bringing terrorists to justice. Few expected to see senior executives targeted alongside the likes of Abu Hamza al-Masri, the radical preacher convicted on domestic terrorism charges and who United States authorities still want to extradite on similar charges.

Legal experts also cried foul because the treaty is not reciprocal. The U.S. Senate has not yet ratified it while groups such as the American Civil Liberties Union lobby against it.