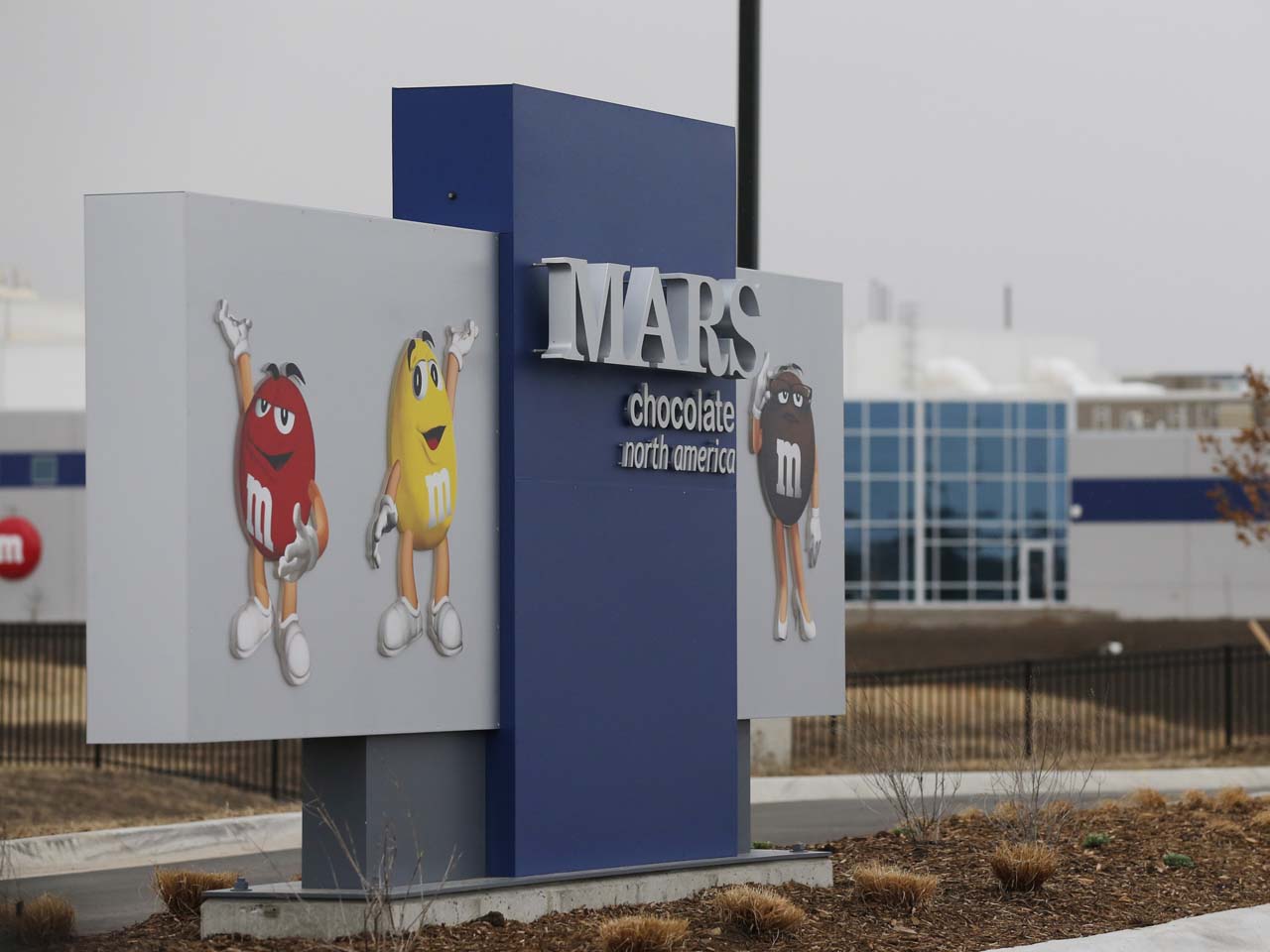 TOPEKA, Kan. - Americans aren't losing their taste for chocolate. Need proof? Look to Kansas, where candy giant Mars Inc. is opening its first new plant in 35 years to churn out millions of chocolate bars and other sweets every day.

Company officials are throwing a grand opening Thursday for the sprawling, $270 million chocolate plant - which they say exists mostly to meet U.S. demand for its M&M's- and Snickers-brand candy.

The plant, built south of Topeka, will be able to produce 14 million bite-sized Snickers each day, as well as 39 million M&M's, enough to fill 1.5 million fun-sized packs.

"It's just unbelievable, the production," said Topeka Mayor Larry Wolgast, who keeps a dispenser of peanut M&M's on his desk at City Hall.

It's a sweet deal for state and local officials, too. The 500,000-square-foot facility is bringing about 200 jobs to the Topeka area, and the company plans to open a store downtown for several weeks.

Local officials, who will join the company at the grand opening, also are earning the right to brag that Topeka's work force, central location and accessible site enabled the region to win the plant over several dozen other communities. Kansas Gov. Sam Brownback, who favors almond M&M's, sees it as fitting that many Americans will get their favorite snacks from the Heartland.

Matt Hudak, who follows the U.S. market for "impulse" foods as an analyst for market researcher Euromonitor International, said candy makers can expect to see annual growth in chocolate sales stay above 3 percent, making chocolate "a continual bright spot." He also said Mars has been good at introducing new products, such as pretzel M&Ms and bite-sized Snickers to keep consumers interested.

Even in uncertain economic times, he said, chocolate remains an "affordable luxury."

"There is little reason to suggest that, all of a sudden in the U.S., people will start to dislike chocolate," he said.

The new chocolate factory is a sign that Mars officials are well aware of the trend and are bullish about future sales.

"We have been growing, and we see future growth," Debra Sandler, president of Mars Chocolate North America, said in an interview ahead of the opening. "We need the capacity."

The company's New Jersey-based chocolate unit, Mars Chocolate, has 16,000 employees in 21 countries. It produces 29 brands that include M&Ms and Snickers, which it says are billion-dollar brands, but also Milky Way, Twix and 3 Musketeers.

Before the Kansas facility was built, the company's last new plant in North America was in Cleveland, Tenn.