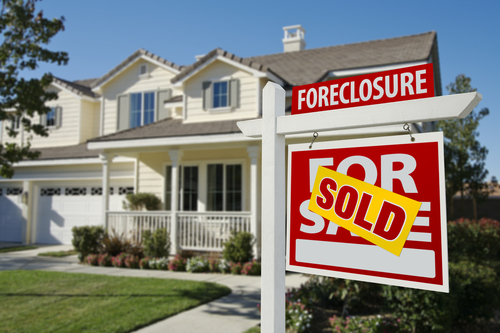 WASHINGTON -- Federal officials say the five largest mortgage lenders have reached a $25 billion settlement with 49 states over foreclosure abuses that took place after the housing bubble burst. They will have three years to fulfill the terms of the landmark deal announced Thursday.

The deal also ends a separate investigation into Bank of America and Countrywide for inflating appraisals of loans from 2003 through most of 2009. Bank of America will pay $1 billion to settle that federal probe.

Oklahoma is the lone holdout and will receive no money.

Many companies that process foreclosures failed to verify documents. Some employees signed papers they hadn't read or used fake signatures to speed foreclosures -- an action known as robo-signing.

The deal is the biggest involving a single industry since a 1998 multistate tobacco deal. It would force the five mortgage lenders to reduce loans for about 1 million households. The reduced loans would benefit homeowners who are behind on their payments and owe more than their homes are worth.

In addition, another 750,000 Americans -- about half of the households who might be eligible for assistance under the deal - will likely receive checks for about $1,800 each.

The banks and U.S. state attorneys general agreed to the deal late Wednesday after 16 months of contentious negotiations.

The deal "holds mortgage servicers accountable for abusive practices and requires them to commit more than $20 billion towards financial relief for consumers," said Attorney General Eric Holder. "As a result, struggling homeowners throughout the country will benefit from reduced principals and refinancing of their loans.

"The agreement also requires substantial changes in how servicers do business, which will help to ensure the abuses of the past are not repeated."

New York and California came on board late Wednesday, according to a person close to the negotiations. The source was not authorized to disclose the agreement before Thursday's announcement.

California has more than 2 million "underwater" borrowers, whose homes are worth less than their mortgages. New York has some 118,000 homeowners who are underwater.

The settlement ends a painful chapter that emerged from the financial crisis, when home values sank and millions edged toward foreclosure. In addition to the payments and mortgage write-downs, the deal promises to reshape long-standing mortgage lending guidelines. It will make it easier for those at risk of foreclosure to make their payments and keep their homes.

Those who lost their homes to foreclosure are unlikely to get their homes back or benefit much financially from the settlement.

The settlement applies only to privately held mortgages issued from 2008 through 2011. Banks own about half of all U.S. mortgages - roughly 30 million loans.

Some critics say the deal doesn't go far enough. They have argued for a thorough investigation of potentially illegal foreclosure practices before a settlement is hammered out.