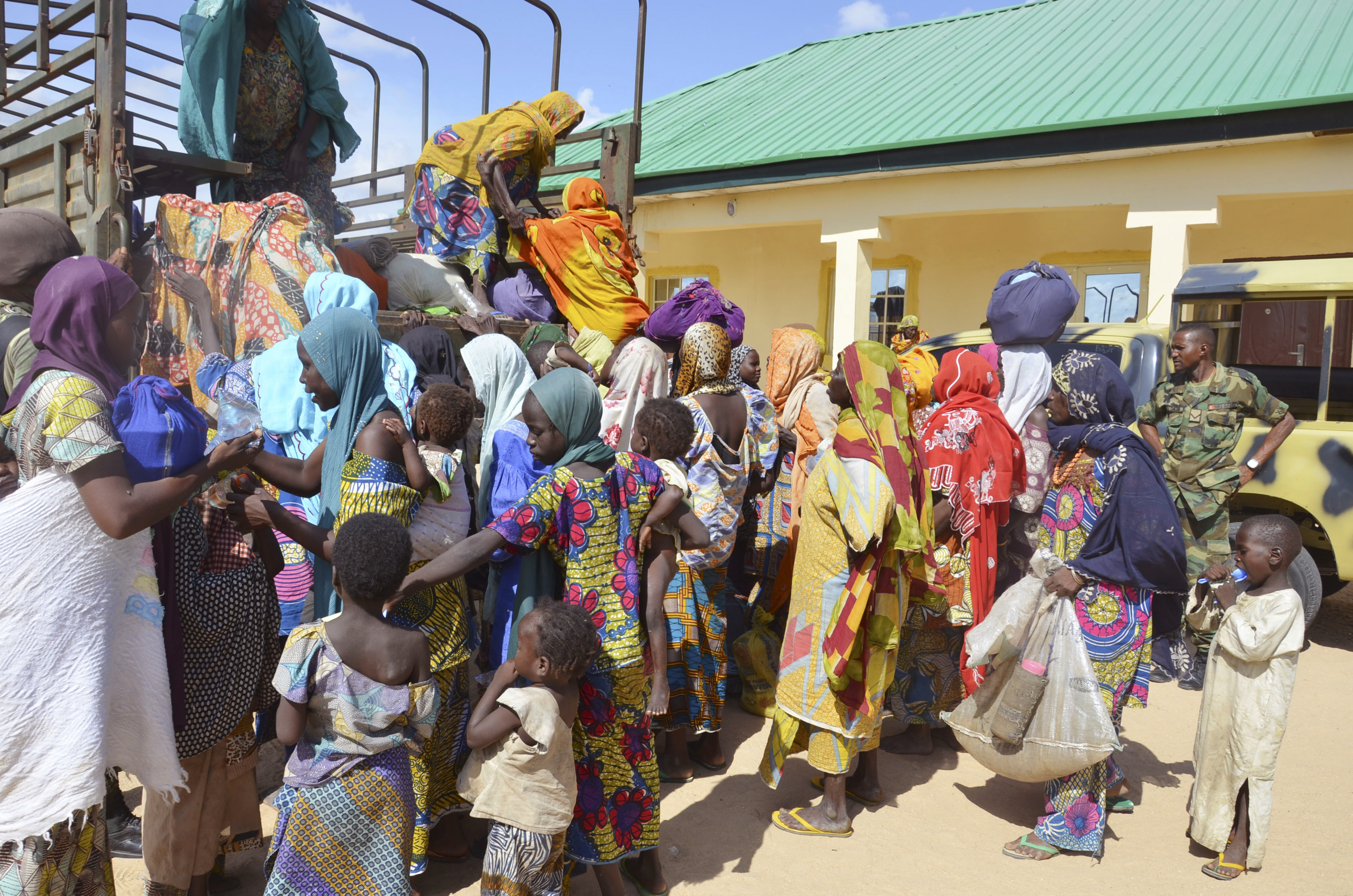 MAIDUGURI, Nigeria -- A bomb blast killed at least 24 people in northeastern Nigeria and hundreds of fighters invaded a town across the border in Cameroon in attacks Tuesday that witnesses and officials blame on Boko Haram Islamic extremists.

These are the latest in a string of bombings and village raids that have killed hundreds in recent weeks as officials promise the deployment of a regional army to halt the Nigerian-born Islamic uprising that has killed some 20,000 in six years and spilled across the West African nation's borders.

In Cameroon, troops repelled an attack on Ashigashia, killing 10 and forcing the insurgents to retreat, said military spokesman Col. Jaco Kodji. Two soldiers were wounded but no civilians were reported injured, he said.

In the northeastern Nigerian village of Sabon Gari, civilian defense volunteers collected bodies and body parts of 24 people who died in an explosion around midday, said the group's spokesman Abbas Gava. Almost all victims are believed to be traders at the market, Gava said.

A nurse at Biu hospital 25 miles (40 kilometers) away said they received more than 20 bodies burned beyond recognition and are treating 41 survivors.

A regional army of 8,750 troops from five nations was supposed to be deployed in November but has been delayed. Nigeria's new President Muhammadu Buhari, who was inaugurated at the end of May, had pledged the force would be active by the end of July. Delays have been blamed on funding and uneasy relations between Nigeria and its neighbors.

The U.S. "strongly condemns" the attack on the market and believes "the people of northern Nigeria deserve to live free from violence and from terror," State Department spokesman John Kirby said in a statement. Kirby said the U.S. would continue to provide a range of counter-terrorism assistance to help Nigeria and its regional partners fight against Boko Haram.