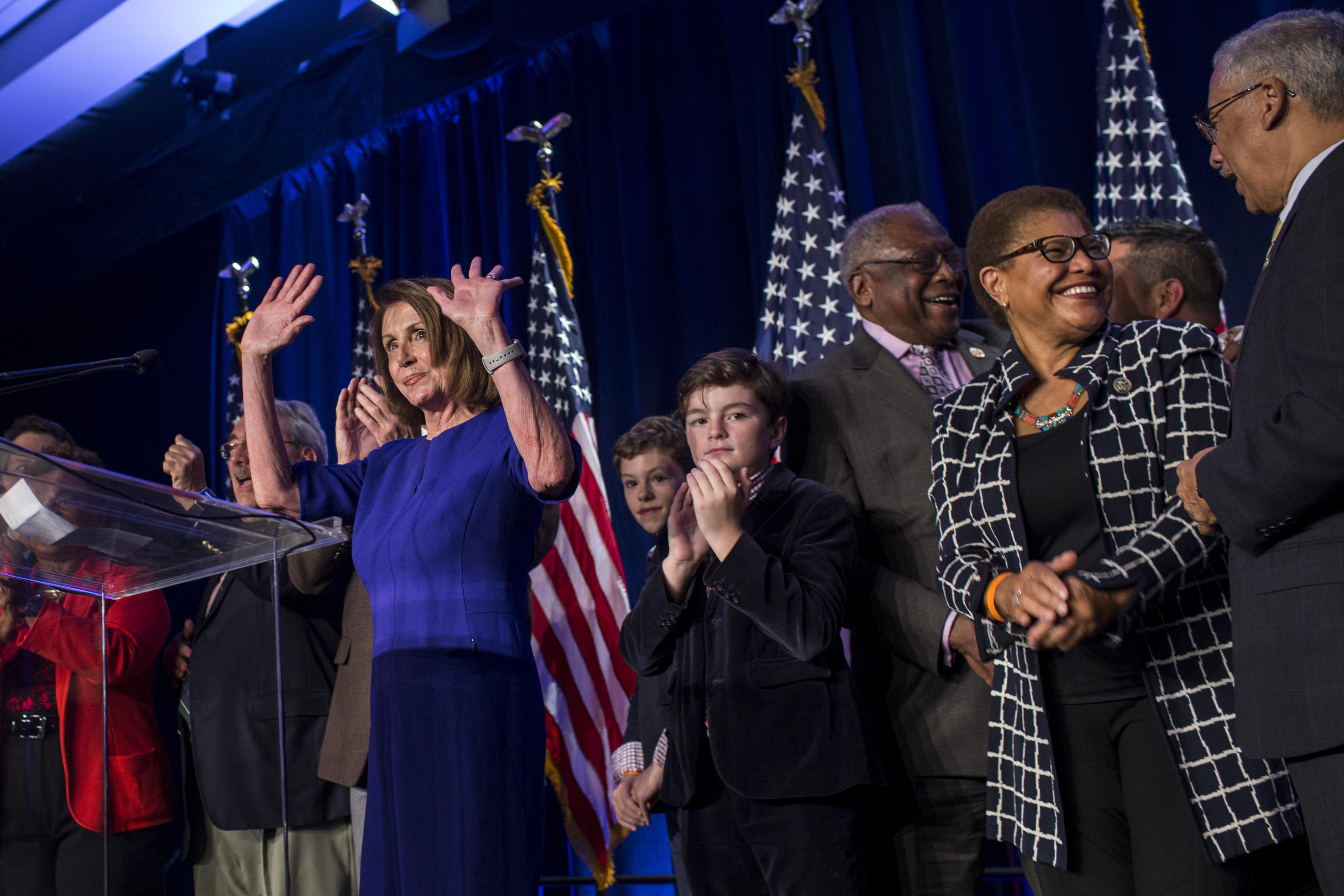 NEW DELHI -- The Democratic victory in the U.S. House of Representatives could echo from Moscow to Beijing to Riyadh, with empowered Democrats now able to launch new investigations into President Donald Trump's international business empire and his political dealings with the rest of the world.

Mr. Trump welcomed the Midterm election results and said he's received "many congratulations from so many on our Big Victory last night, including from foreign nations." But the Democrats retaking of the House for the first time in eight years has given them a powerful weapon to wield against the president: the subpoena.

The Democratic leaders of many House committees will have subpoena powers enabling them to obtain documents, emails and testimony.

The White House would likely fight many such requests in court, but the subpoenas' reach could extend far beyond Washington.

That means Democrats could look into such issues as the 18 trademarks that China has granted in recent months to companies linked to Mr. Trump and his daughter Ivanka and whether they reflect conflicts of interest. China says it handles all trademark applications equally, but House committees could probe whether Beijing can exploit the Trump family's substantial intellectual property holdings in China for political or diplomatic advantage.

On Wednesday, China said it didn't want to comment directly on the election results.

"It's their domestic affair. I don't want to comment on that, otherwise I will run the risk of being accused of interfering in their midterm election," foreign ministry spokeswoman Hua Chunying told reporters.

"Regardless of the result ... we believe the two governments and the two peoples all want to maintain the sound and steady development of bilateral relations because we believe it is in the best interests of the international community," Hua said.

For Moscow, the Democratic victory means a probable reopening of the investigation into Russian interference in the 2016 election. The Republican-led Intelligence Committee closed its probe into Russian meddling, saying it had found no evidence of collusion between Russia and the Trump campaign. Democrats, though, have long said the Republicans ignored a string of key facts and witnesses.

Russian President Vladimir Putin denies any involvement in Mr. Trump's election victory, but he may quietly favor renewed investigations, seeing them as a way to sow chaos and division in America's bitterly divided political arena. What he would not favor, though, would be investigations or sanctions that damage the well-connected Russian oligarchs believed to have helped fund the meddling efforts.

After the election results, the head of the foreign affairs committee in the upper house of the Russian parliament said the Democratic win in the House would raise the pressure on Mr. Trump.

Konstantin Kosachev said in televised comments that Trump will face "unpleasant challenges - emotional at a minimum and political at a maximum."

He said Mr. Trump would likely face strong Democratic resistance to any of his reforms, but added that the Republicans' continued control of the Senate saved Mr. Trump from a "real catastrophe with a looming threat of impeachment."

Then there's Saudi Arabia, and the relationship between Crown Prince Mohammed bin Salman and Mr. Trump's son-in-law, Jared Kushner. The ties between the two men, who are said to communicate frequently, could come under increased scrutiny by Democrats.

The U.S. and Saudi Arabia have long been key allies, and Mr. Trump made the country his first stop abroad as president.

But the crown prince has lost supporters in Congress since the killing of Saudi writer Jamal Khashoggi, a Washington Post columnist and a critic of Prince Mohammed, inside the Saudi Consulate in Istanbul on Oct. 2. Prince Mohammed is widely suspected of at least having knowledge of the killing, which was allegedly carried out by agents close to him.

The fallout for Saudi Arabia could be immense, with Democrats possibly trying to block major arms sales to Saudi Arabia and curtail U.S. support for Saudi Arabia's war in Yemen, which the prince launched as defense minister in 2015. The U.S. assists the Saudi-led coalition with in-air refuelling and intelligence on targets, and supplies the kingdom with fighter jets and bombs used in the war.

The conflict has become widely unpopular with some members of Congress and has created the world's largest humanitarian catastrophe, according to aid agencies.

The European Union's deputy chief executive has lauded the Democrats' reclamation of a majority in the House of Representatives, while also taking a thinly veiled jab at "rudeness" and "racism" he linked to Mr. Trump's leadership.

"Inspired by voters in the U.S. who chose hope over fear, civility over rudeness, inclusion over racism, equality over discrimination," Frans Timmermans, a former Dutch foreign minister who is first vice president of the European Commission, said in a tweet.

"They stood up for their values. And so will we," Timmermans said, alluding to upcoming European Parliamentary elections slated for May. Timmermans is leading campaign efforts for Europe's center-left candidates as far-right parties continue to gain steam in a number of EU countries.

Another European commissioner, Pierre Moscovici of France, who oversees economic affairs, took an even more direct swipe at Mr. Trump, referring to the U.S. leader's own declaration that the election results were a "tremendous success."

"The Democrats win the House of Representatives for the first time in eight years despite powerful Republican gerrymandering," Moscovici said on Twitter. "Donald Trump is right: 'Tremendous success tonight'."

In Germany, Foreign Minister Heiko Maas said on Twitter that it would be wrong to expect the Democrats' victory in the House races to prompt a change in Mr. Trump's foreign policy.

"The United States remains our most important partner outside of Europe. We need to reassess and align our relations with the United States to maintain this partnership," Maas said.

Mr. Trump has consistently criticized the European Union, and strongly backed the British referendum result which has led to the looming "Brexit," Britain's withdrawal from the EU, scheduled for the end of March.