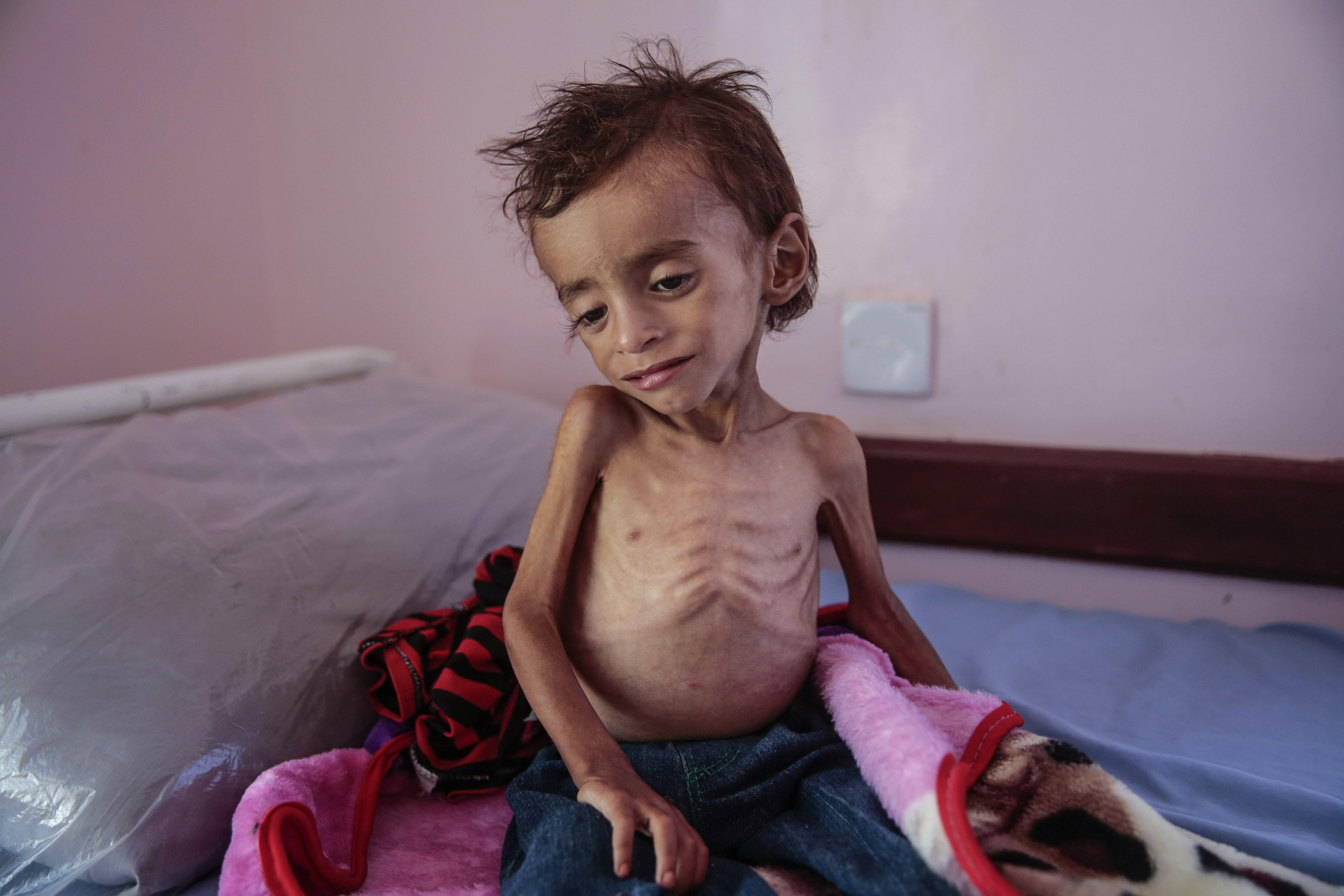 ABS, Yemen — Yahia Hussein has already lost a 5-month-old son who wasted away and died as they fled their village in northern Yemen. Now living in a camp for the displaced, he is running out of ways to feed his other four children.

Jobless, he has no way to afford food, and he says he hasn't received international aid for several months. His wife gives their children moldy bread crumbs mixed with water and salt. Some days she feeds them a paste made of boiled leaves from a vine called "halas."

"We left everything behind. We walked for hours on foot, carrying nothing, not even one rial, no food or water," he told The Associated Press at the camp in the northern province of Hajjah.

They are among millions of Yemenis who lost everything — homes, jobs, loved ones — in nearly four years of civil war. The conflict as pushed the country of 29 million people to the brink of famine. At least 8 million have no food other than what aid agencies provide.

The figure is likely to rise to 11.5 million as more people become unable to afford food because the worsening economic crisis caused by the war, U.N. agencies warn. The currency is crumbling in value, sending prices soaring.

The humanitarian disaster has come as the U.S.-backed Saudi-led coalition since 2015 has waged a relentless campaign of airstrikes and imposed a blockade, aiming to uproot Shiite rebels known as Houthis, who took over northern and central Yemen. Both sides in the fight are accused of war crimes, but with weapons supplied by the U.S., the Saudi-led coalition is capable of much greater damage.

On Friday, the Saudi-led coalition said it attacked Sanaa International Airport and a neighboring airbase, which it said was being used by Houthi rebels to launch drone attacks. The violence came days after the United States called for a ceasefire that the Saudi government had suggested it might be ready to support.

Besides airstrikes, northern Yemen has also seen heavy barrages back and forth across the border with Saudi Arabia.

In 2014, the Houthis drove Yemen's internationally recognized government into exile. They control much of the north of the country, including the capital, Sanaa.

Hussein and his family had to flee their border village of al-Shada because of non-stop strikes and shelling. As they fled, the 5-month-old died in his mother's arms. Hussein is not sure if it was from dehydration or malnutrition.

For the past four months, they have lived in a shack made of sticks, blankets and plastic sheets in a camp in Aslam district near the city of Abs.

The 46-year-old Hussein once grew grapes and pomegranates and thrived off trade in markets across the border in Saudi Arabia. He lost his livelihood, sold all his goats but one and cut down on meals to one a day.

The numbers of displaced are only growing.

In August-September, 20,000 people fleeing the border town of Bani Hassan flowed into Abs, Doctors Without Borders reported. The aid organization, which operates in the main hospital in Abs, said it treated more than 300 people wounded the fighting. A number of women and children in late stages of malnutrition or cholera or with complications from giving birth have died, the group said, without giving figures.

Doctors Without Borders said it is ready to deploy mobile medical teams around the area every day but has only received permission from Houthi authorities for seven days the past month.